Taman Putra Sulaiman residents are always worried that water from the monsoon drain will overflow into their houses during a downpour.

FLOODING is a recurring problem that residents of Taman Nirwana and Taman Putra Sulaiman in Ampang Jaya have had to live with for over a decade.

They thought their woes were finally over following the completion of a RM4mil flood mitigation project by Ampang Jaya Municipal Council (MPAJ); instead they had a rude awakening when their neighbourhood was inundated last month.

Ampang Jaya People’s Consultative Council advisor and Taman Nirwana resident M. Thomas said the monsoon drain in the area was meant to accommodate three neighbourhoods but there are now seven.

“Initially, the drainage was only supposed to be for Taman Nirwana, Taman Cahaya and Taman Putra Sulaiman but as new housing development projects were built, they all used the same drainage.

“Of course there was no way existing drains would be able to cope with the excess water, causing flash floods, the brunt of which was borne by Taman Nirwana,” he said, adding that residents had tried to get MPAJ to address the issue for many years. 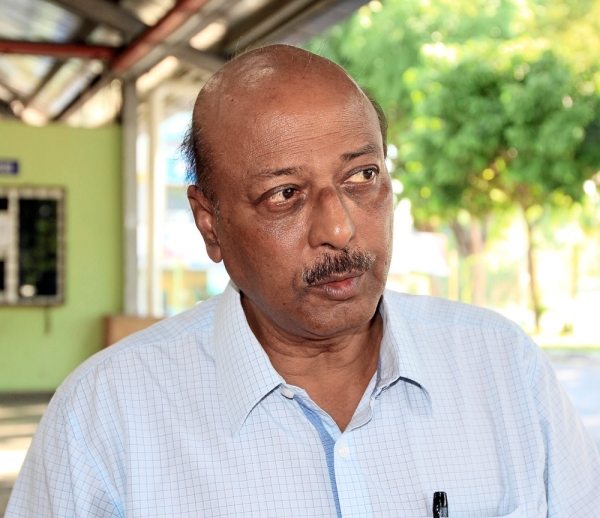 Thomas says Taman Nirwana has had to bear the brunt of flash floods.

“We were optimistic that the problem would be resolved with the building of the underground flood retention pond at Jalan Nirwana 46, but unfortunately this has not happened,” he said.

On May 20, several homes at Jalan Putra 4 and Jalan Putra 5, including a kindergarten and mosque, were flooded during a 30-minute downpour.

Kindergarten operator Rusha Ghazalli said they have had to put up with flash floods at least three times a year since they started operating at Jalan Putra 4 seven years ago.

“Damage to the interior and exterior of the building was severe, including the furniture and books. 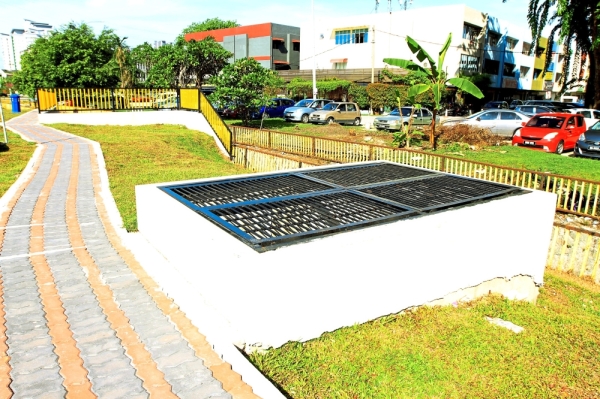 “Each time it happens, we will have to repaint the wall as there are unsightly watermarks.

“The first year it happened we were caught unawares but we tried to mitigate the effects by raising the floor but that did not work.

“It is not only taking a toll on us financially, but also time and energy is required to clean up the mess afterwards. 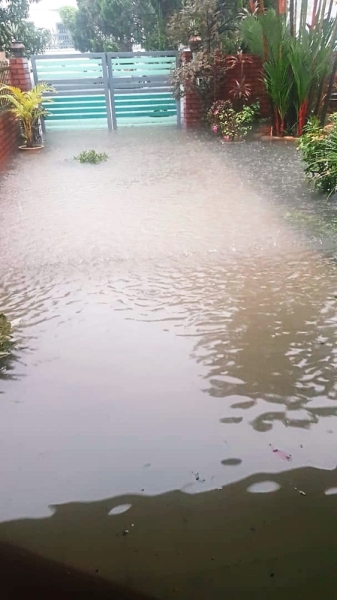 A resident’s home along Jalan Putra 5 that was flooded during a downpour.

“Parents rely on us and if we have to close the kindergarten for clean-up works, it is troublesome. More importantly, it is affecting our business as we rely on word of mouth,” she said.

Jalan Putra 5 resident Anthony Pathinathan, 54, said his home had been flooded three times over the past five years.

“This time around, the compound was flooded but if the rain had lasted just a little longer, it would have entered my home.

“We did not expect to face this problem again as we hoped the flood mitigation measures carried out would be effective,” he said. MPAJ president Datuk Abdul Hamid Hussain said although physical works for the underground flood retention pond was completed, the project consultants have been asked to come up with suggestions to improve its effectiveness.

“We have taken note of the recent flooding, which although not as aggressive as before, still needs to be addressed.

drain to direct the flow of water into the pond when there is heavy rain.

“However, this system will only be activated when there is a high volume of water flowing into the monsoon drain. 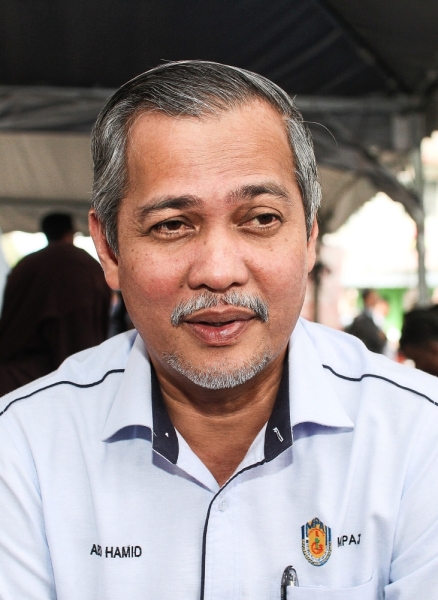 “When the volume is low, we cannot channel water straight into the retention pond as this could also bring debris and rubbish, which would increase maintenance costs,” he said, adding the consultants were in the process of drawing up the designs before presenting them to MPAJ.

Abdul Hamid added that the underground flood retention pond had a capacity of 2,150 cubic metres.

“The initial cost as per the consultant’s report was RM11mil, but we were only allocated RM4mil by the state government as part of phase one.

“We are not carrying out the other phases yet as we have to ensure phase one is fully functional.

“If it can stop the flooding, then we would not have to commission other flood prevention methods.”