Making science fun for needy ones

Fedora (in green) with the 80 underprivileged children who were hosted for an educational trip to KLCC followed by a buka puasa meal. — Photos: SHAARI CHE MAT/The Star 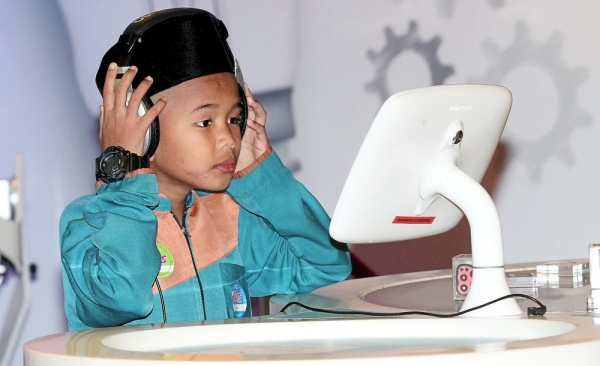 One of the children paying attention to an educational briefing during the tour.

The children went on a guided tour of the Petronas Twin Towers, where they were brought to the Skybridge at level 41 and Observation Deck at level 86, and later to Petrosains, The Discovery Centre to watch a science show on combustion, followed by the breaking of fast.

“We are proud and humbled to have reached this significant milestone and hope to continue delivering more creative and impactful learning experiences that will inspire people, especially the younger generation in science, technology, engineering and mathematics (STEM). 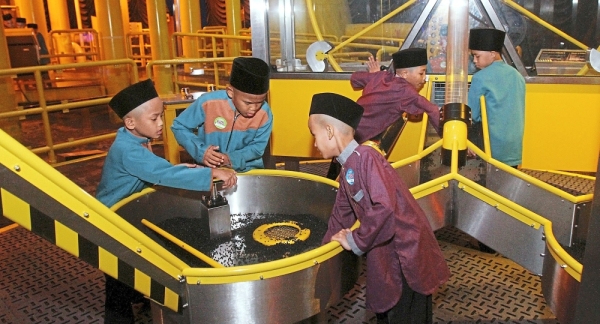 The children trying out the some of the activities at Petrosains, The Discovery Centre.

“We have reached and interacted with millions of people through many platforms developed by us to inspire and foster interest towards learning STEM and lifelong learning, especially among the younger generation.

“We will continue our role to support education of STEM in Malaysia. 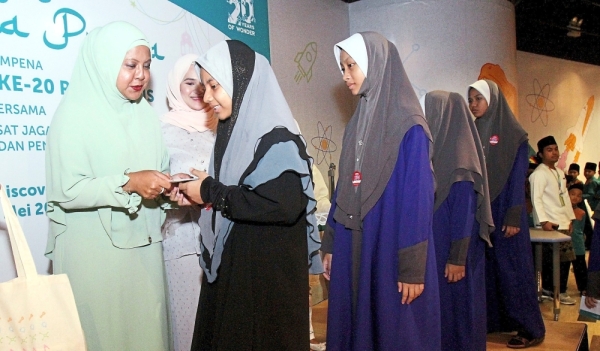 Fedora (far left) giving out duit raya to the children.

“I hope the children were excited and had a lot of fun while visiting the Petronas Twin Towers and Petrosains. I hope they made sweet memories with the experience and are inspired to work hard for a better future,” she said.

The children also went home with duit raya and goodies.