By GRACE CHEN and SARBAN SINGH

The water in Sungai Rambai, one of the tributaries of Sungai Sepang, has turned black.

“THEY dump. We suffer. But no one cares.”

That about sums up what fishermen and boat operators think about the current situation at Sungai Sepang.

Frustrated by their dwindling catch downriver and the polluted river, fishermen and boat operators in Kampung Bagan Lalang and Kampung Tanjung Mas Batu Dua have lashed out at the authorities for their inaction. 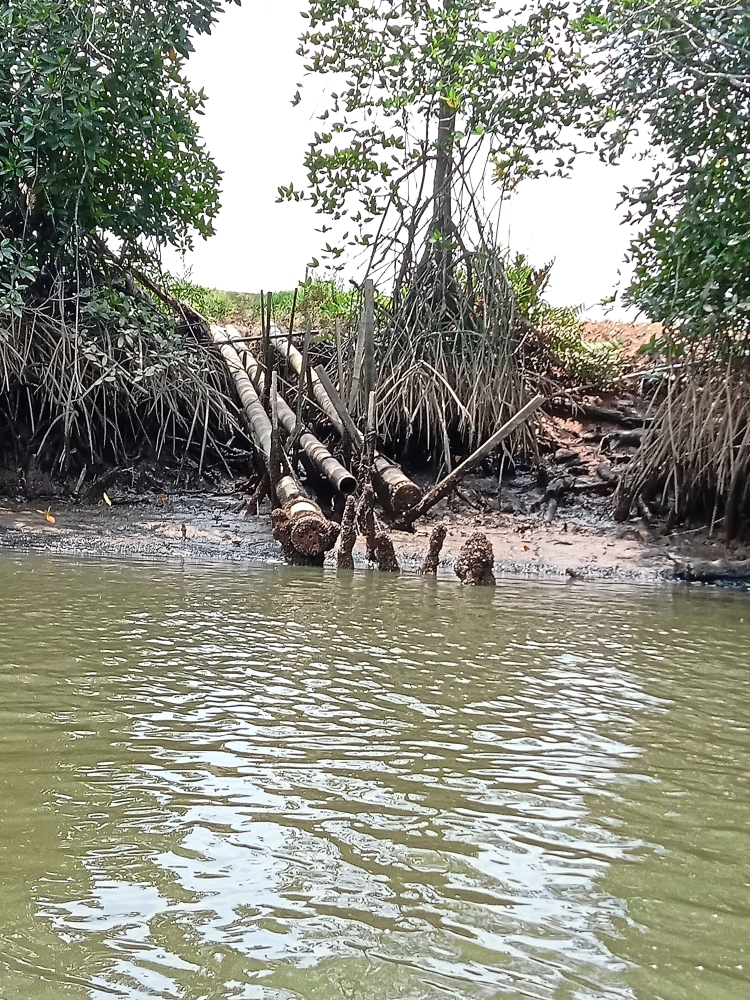 They said the discharge of effluents from prawn and animal farms along the river were to blame.

Sepang Area Fishermen Association chairman Sani Jailani, who represents 290 members, said the most affected were fishermen in the Zone A category who used traditional vessels like sampan.

“Our fishing is limited to eight nautical miles from shore. With a sampan, we cannot go further even if we wanted to, due to safety and legal reasons. 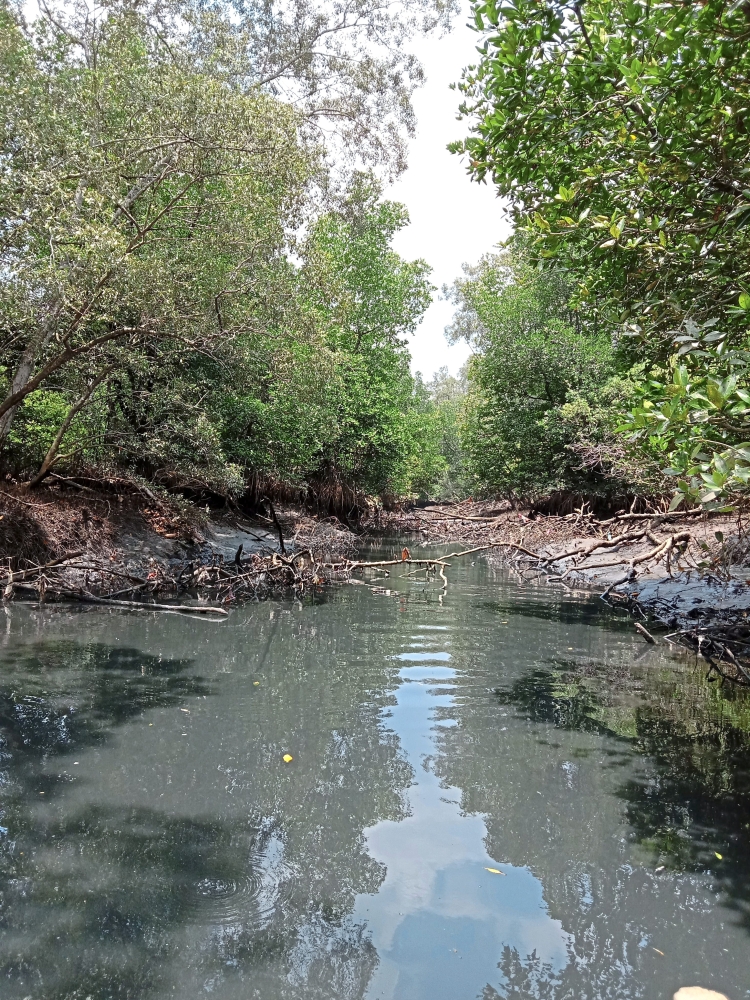 The water in Sungai Rambai, one of the tributaries of Sungai Sepang, has turned black.

“The gradual pollution from upriver is affecting our daily catch. In the past four years, our earnings have reduced by half,” said Sani.

To make ends meet, fishermen are supplementing their income by taking tourists on fishing trips even though they risk running foul of marine laws that require separate licences for passenger vessels.

Zaidi Ahmat, who runs a fishing centre in Bagan Lalang, said their complaints had fallen on deaf ears so far.

He said he had taken government officials upriver several times over the past three years to look at the extent of the pollution.

He is incredulous at how lightly the matter has been treated as there are at least three tributaries leading into Sungai Sepang where black effluent can be seen mixing with water from the main river, especially during low tide.

Zaidi said this was worrying river cruise operators who fear the black water might enter the route of river tour cruise and sites where tourists took part in raft fishing. 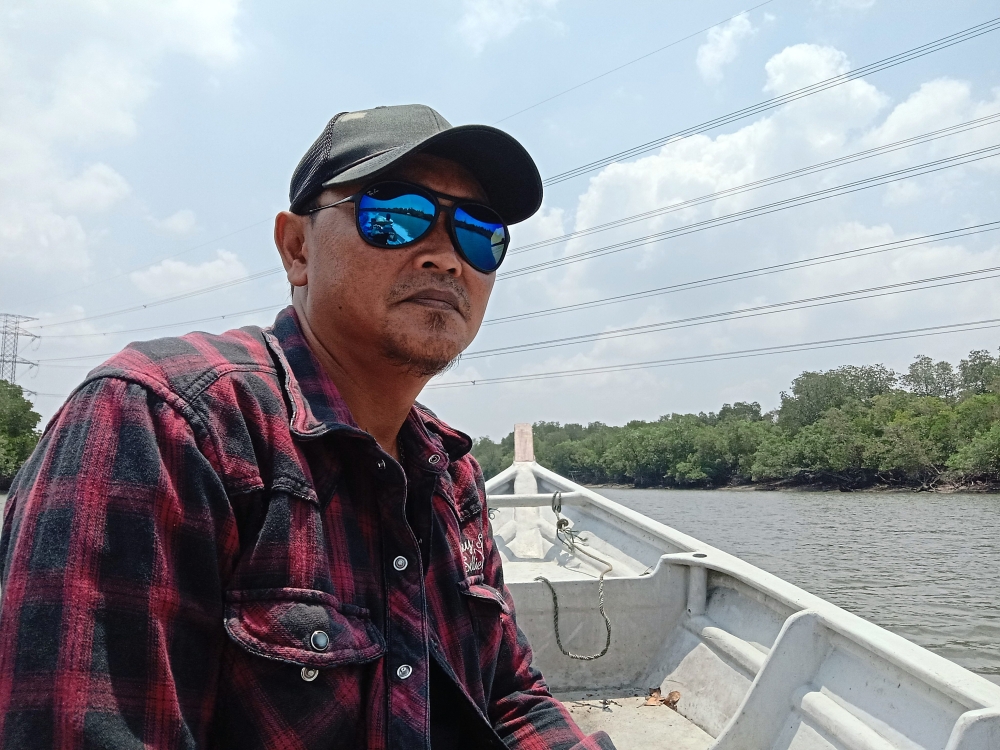 Zaidi says their complaints so far have fallen on deaf ears.

Tracing the source from Sungai Rambai, one of the tributaries of Sungai Sepang, pointed to animal farming activities across the border in Negri Sembilan.

The chief of a village in Port Dickson said 80% of the 1,500 population in the area were involved in animal farming of cows, goats, chickens and pigs.

Meanwhile, on the other side of the river in Kampung Tanjung Mas Batu Dua, Selangor, jetty operator Mashud Rosdi said the authorities should not be slow to act.

“We are not against anyone trying to make a living as long as their activities do not jeopardise the livelihood of others,” said Mashud. 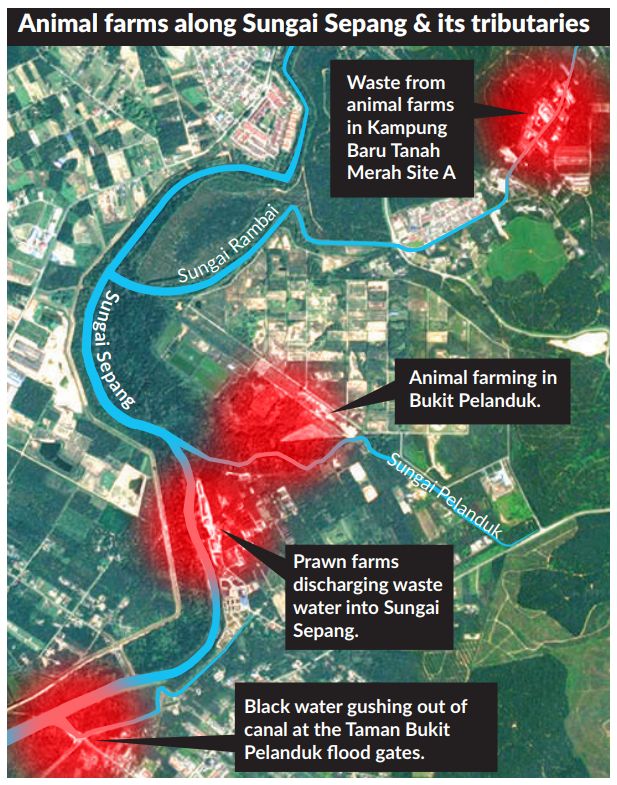 She said the presence of algal bloom in the water was a sign of nutrients coming from animal waste.

He urged for patience as the process, which involved many agencies, would take time. 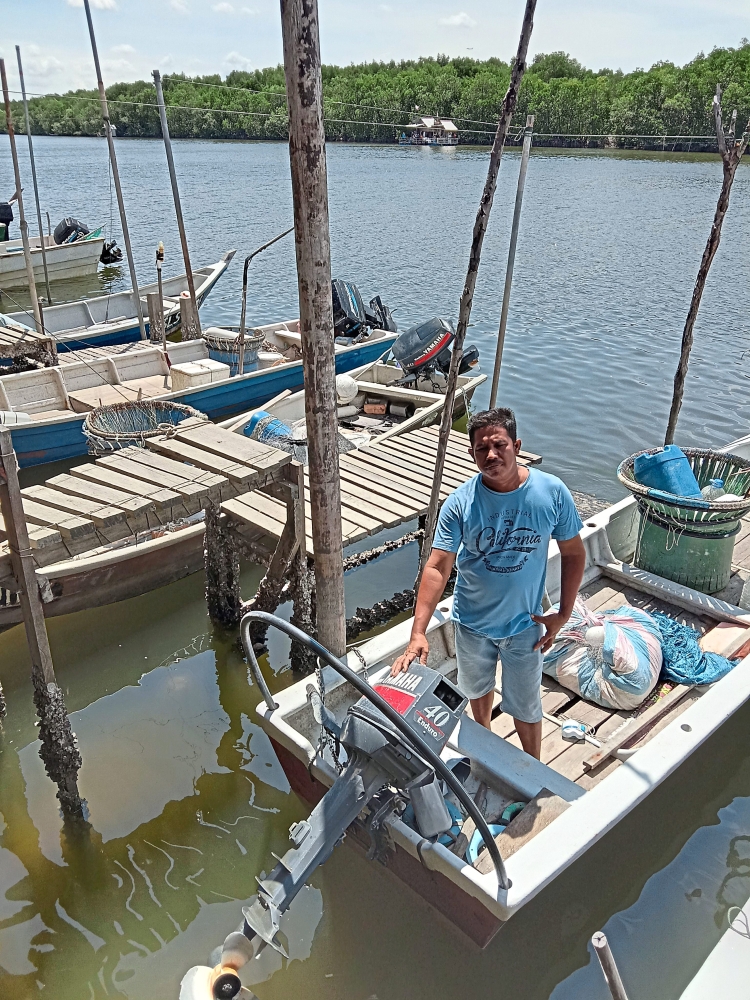 Sani says pollution is affecting fishermen’s daily catch and their income has halved.

Prawn farms are said to be discharging untreated limewater into Sungai Sepang.

Limewater is commonly used in aquaculture for pond sanitisation purposes before new batches of fry are introduced.

Based on copies of letters shown to StarMetro by the boat operators, the complaints were followed up by Luas which contacted Negri Sembilan government as the source of pollution was coming from their side of the river.

In a written reply, Luas confirmed that two of the three prawn farms operating in Kampung Sungai Atas, Port Dickson, were not complying with Negri Sembilan Fisheries Department pollution control guidelines after officers found pipes channelling wastewater directly from the pond into the river. 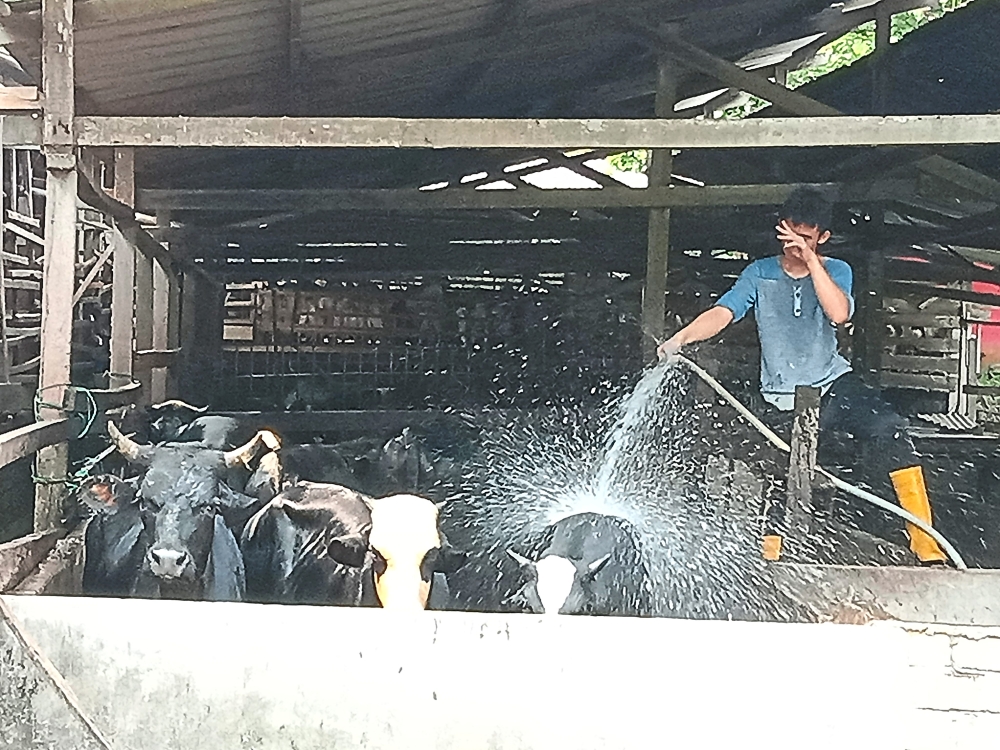 Animal farming is causing waste to end up in Sungai Rambai.

It said that joint enforcement by Badan Kawal Selia Air Negri Sembilan, Negri Sembilan Drainage and Irrigation Department, Fisheries Department, Port Dickson Municipal Council and Port Dickson District and Land Office would be carried out and action taken against any prawn farm owners if investigations revealed that their activities were polluting the river.

A Negri Sembilan government official said they were aware of the problem caused by animal farms upstream and efforts were being taken to tackle the issue jointly with other relevant authorities.

“We cannot just order the farms to close down as it involves people’s livelihood,” said the spokesperson.

An agriculture expert said the authorities must educate the farmers and guide them in how to deal with animal waste in a more environmentally friendly way.