AS SOON as she found out that her farm was going to be bulldozed, Ooi Hiap Looi rushed to prevent an excavator from carrying out its task.

The 52-year-old farmer demanded the excavator driver show her a permit letter that allowed him to bulldoze her farm in Bidor.

Ooi is one of several farmers who have been toiling the land in Kampung Baru Kuala Bikam for generations.

“I have been planting mangoes and oil palm, and now they come without any proper documents to destroy my years of hard work,” she told reporters at the site.

The farmers, with Perak MCA Public Services and Complaints Bureau chief Low Guo Nan, held a protest at the site where sand mining works were being carried out.

In August last year, some 60 farmers were told to vacate a 76.9ha land owned by Mentri Besar Incorporated (MB Inc) – a state-linked company – to make way for sand mining activity by another company.

The sand mining company – Pengurusan Pasir Perak Sdn Bhd – issued an eviction notice on Aug 2 and a tractor was brought into the village.

Joining Ooi and Low were several other farmers who also confronted two officers from MB Inc who were present at the site.

The officers said they had permission to carry out the work and showed Ooi a letter dated March 4 issued by the Land and Mines Department, where permission was granted to remove 20,000 metric tonnes of sand from Plot 2 covering about 0.8ha.

The officers claimed that Ooi’s farm was part of Plot 2 and thus, they were merely doing their job.

However, Low said the letter failed to specify the exact location and there were no eviction notices as well.

“The farmers themselves do not know which plot their farms are located at, and not showing specific documents will not do the job.

“Even during the court hearing in January, the company failed to show proper evidence, and presented the letter from the department, which the court did not accept,” he said.The next court date is April 2.

Low added that the farmers were worried that the company would continue to bulldoze the area and nothing would be left for the farmers.

“The Perak government must look into this matter and not let the farmers suffer, but help them to resolve the problem,” he said. 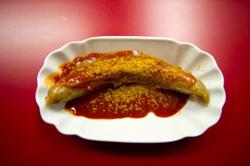 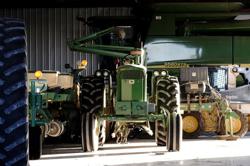 Trump's payments to farmers hit all-time high ahead of election