Oon, who visited the site following complaints by the residents and businesses in the area, was also representing Seputeh MP Teresa Kok.

Several business owners in the vicinity who spoke to us on condition of anonymity, said tipper lorries loaded with sand going in and out of the area, created multiple potholes on roads going into the site.

They said they were helpless because the area was controlled by gangsters and that they were afraid to report to the police or complain to Kuala Lumpur City Hall (DBKL) for fear of being targeted.

“I am sorry. I appreciate you helping us, but I cannot say anything more as gangsters are watching us,’’ claimed a business operator.

Another business owner said the damaged roads in front of his shop were also filled with mud and water. 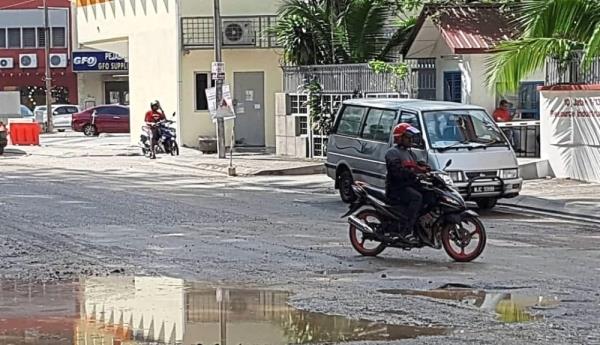 Two men on motorcycles, threatened Oon, the writer and photographer at Jalan 1/137b off Jalan Kelang Lama on Saturday, ordering them to leave the site.

“This is happening for far too long and we are fed up. Where are the authorities?’’ he asked.

During a brief moment when Oon and Ong were speaking to a lorry driver bringing out sand from the site, a man approached the writer pointing his finger in a threatening manner, saying in Tamil “we are watching you, so be careful”.

Oon then approached one man (see video) asking him what the problem was while the man who issued me the warning earlier was watching from afar. 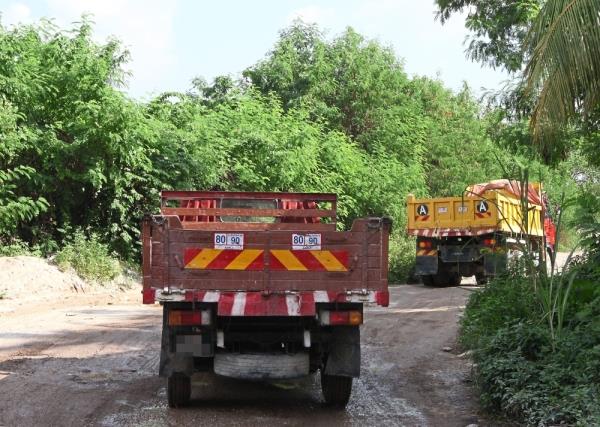 Oon said he told them not to get angry as he was just responding to complaints; but the man told him angrily: “Kita sudah bayar bandaraya, sudah settle mah (We already paid DBKL. It’s already settled).”

Oon, who is also a resident in the area, said the two men were not happy with his presence and asked him to leave.

As we left the site, the two men pursued us on motorcycles for about 2km along Jalan Kelang Lama heading towards Kuala Lumpur. They abandoned their pursuit shortly after.

A police report has been lodged following the threat issued by the two.

The mud from the sand washing site at Sungai Kelang is visible as seen by the brown tint in the river.

StarMetro has been reporting on the illegal sand washing operation since 2016, and again this year.

The operation was taking place approximately 8km away from where billions of ringgit was being spent on the River of Life project (RoL) at Masjid Jamek.

Besides hoardings surrounding the project site, mounds of sand, huge trees and foliage along the perimeters help block the operation from public view.

Images of sand washing machine and excavators dumping debris into Sungai Klang, however, were captured with drone camera.

Aerial photographs showed a discharge of murky substance from the site which flowed through a crude piping system directly into the river. 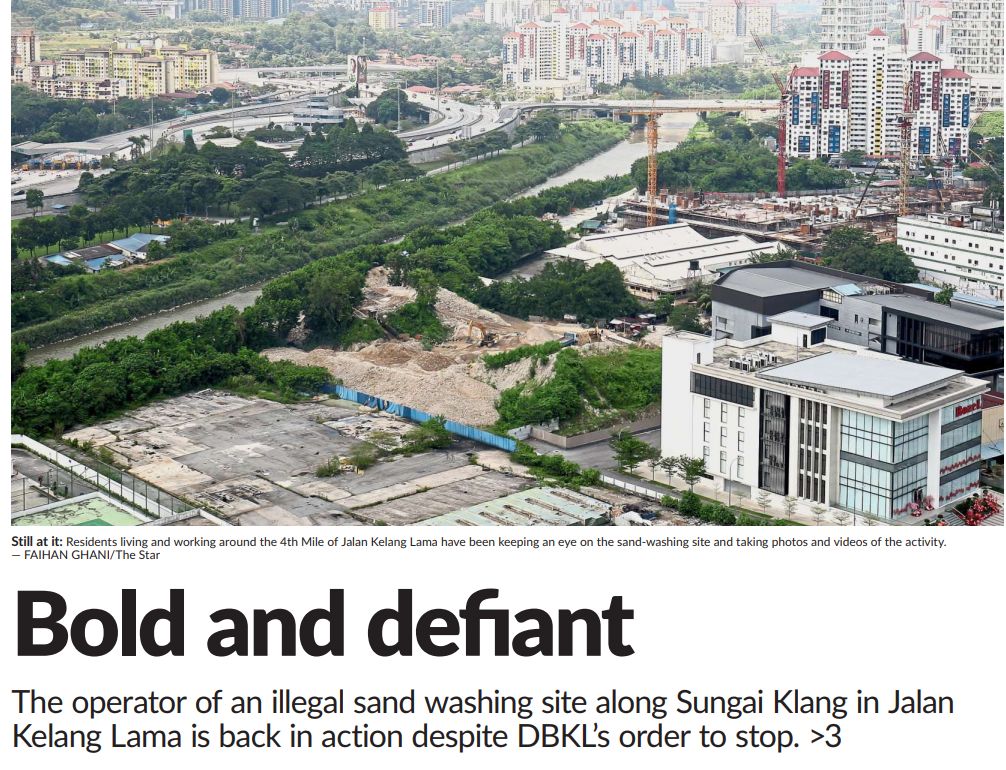 The illegal sand washing was contaminating Sungai Kelang,’’ he said.

“My advice to DBKL is to seize the machinery and shut down the place for good, otherwise this will keep happening,’’ Nishad Mohamed said.

“Confiscate everything once and for all. We need to send a stern message to teach them a lesson,’’ he said.

Attempts by StarMetro to get PTG to respond to the sand washing activity has been futile as of press time.