The foundation has rented the main hall in the complex to a furniture company.

RESIDENTS are upset that a community hall in Jalan Kuchai Lama meant for the people of Seputeh is being rented out to a furniture company.

Many of those interviewed by StarMetro said they were not aware that Kompleks Tun Abdul Ghafar Baba@Seputeh was a community hall which was available for use by the public.

They said a hall is badly needed as the township lacks a public park and a community hall.

Resident Hisnor Herman Hambali said he had tried to book a function room at the complex but was turned away.

“There is something not right about how this place is being run. The authorities should investigate,” he said.

Checks by StarMetro revealed that there

is uncertainty over who owns the land on which the multi-million ringgit complex sits. 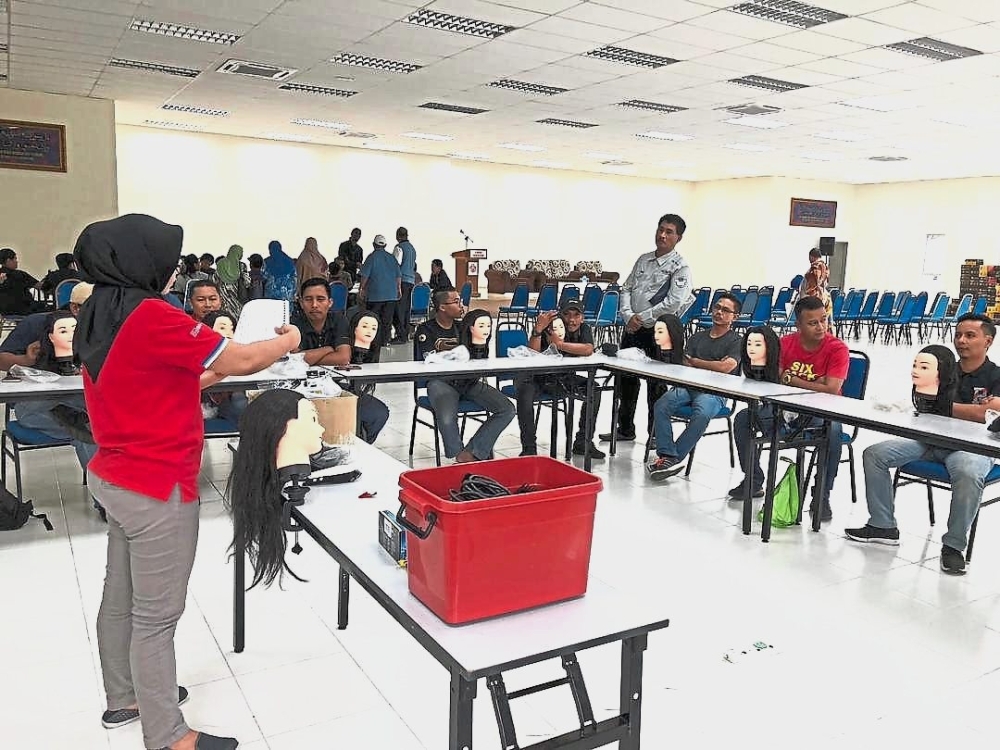 YES has previously conducted programmes like haircutting  workshops for the poor at the complex. — Filepic

The complex is being managed by Yayasan Ehsan Seputeh (YES), which used to be the welfare arm of the Seputeh Umno division.

It is learnt that Kuala Lumpur City Hall (DBKL) is verifying the land status with the Federal Territory of Kuala Lumpur Land and Mines Office.

“It’s a complicated issue because the complex was built to replace another hall that was sitting on land formerly owned by DBKL in Taman Desa, which was later transferred to a private developer to build affordable homes.

“That land in Taman Desa was originally designated for a community centre and was previously used by Seputeh Umno for their activities,’’ said a DBKL source.

Following the land transfer, the developer was asked to build the complex at Jalan Kuchai Lama as a replacement for the community hall in Taman Desa.

It cost about RM6mil to build the complex, however, it is not clear who paid for the construction.

When contacted, Mustapa said he was no longer affiliated with YES. “I have relinquished my position with YES and it no longer has any political affiliation. YES is purely a charitable organisation.”

When told that the government might take over the building, Mustapa said YES should be compensated.

“If they (DBKL) want back the land, then it is only fair that they pay us. We did not use government funds to construct the building.”

““We are in talks with government agencies to carry out health checks and activities for the community,’’

“We are not a commercial enterprise,’’ she said when asked about the building being rented out to display furniture.

Lila said that they had to rent out the space to pay for the upkeep of the complex, including utility bills of up to RM15,000 a month.

“We need people to utilise the building, if they don’t want to, what can I do?’’

YES was launched by former prime minister Datuk Seri Najib Tun Razak on Sept 14, 2013 with the aim of looking after the welfare, health and education of Kuala Lumpur residents, especially in Seputeh.

One of its core projects was to establish a dialysis centre in collaboration with KPJ Healthcare Bhd and the National Kidney Foundation Malaysia as well as set up a tahfiz in Jalan Kelang Lama.

Lila said the building for the tahfiz was ready, but pending a certificate of completion and compliance from DBKL.

“I am not an Umno member. If DBKL takes over our community centre, we will not be able to carry out our work,” Lila added.

DBKL is in the process of legalising its community halls and investigating the ownership of the land where they stand.

An officer from the Federal Territories Ministry, who spoke on condition of anonymity, said that community halls

and complexes sitting on government land will revert to the government.

“Rest assured that if it’s on government land, we will take it back,” the officer said.

by the Implementation and Coordination Unit (ICU, under the Prime Minister’s Department.

Khalid said all ICU halls were built on government land but were under the control of political parties.

He said DBKL would decide on a

case-by-case basis who would manage the halls.

It was also reported that the Protect Taman Desa coalition had filed a report with the Malaysian Anti-Corruption Commission (MACC) last year against former FT Minister Datuk Seri Tengku Adnan Mansor for transferring land in Taman Desa that was originally meant for a public facility.