Fireworks lighting up the night sky at the Kuching Waterfront.

KUCHING: China tourists are keen to charter flights en-masse to visit Sarawak. This augurs well for the state as China tourists are known for their purchasing power, said Chief Minister Datuk Patinggi Abang Johari Openg during the New Year countdown at Kuching Waterfront.

He said he was informed by China tour groups that they are keen to visit Sarawak more often. “They want to charter their own planes to come to Sarawak.

“They spend on food, shopping, sightseeing and entertainment.

“If we can get more of them to come, that will help us achieve our target of getting five million tourist arrivals this year.

“We hope to earn about RM7bil in tourism revenue,” he said when launching Visit Sarawak Year 2019. Folk in traditional costumes are a colourful sight as they usher in 2019 during the celebration.

“With more flights we can have more aggressive promotions in America, Europe, China and Australia.

“This year will be exciting for our tourism sector,” he said. 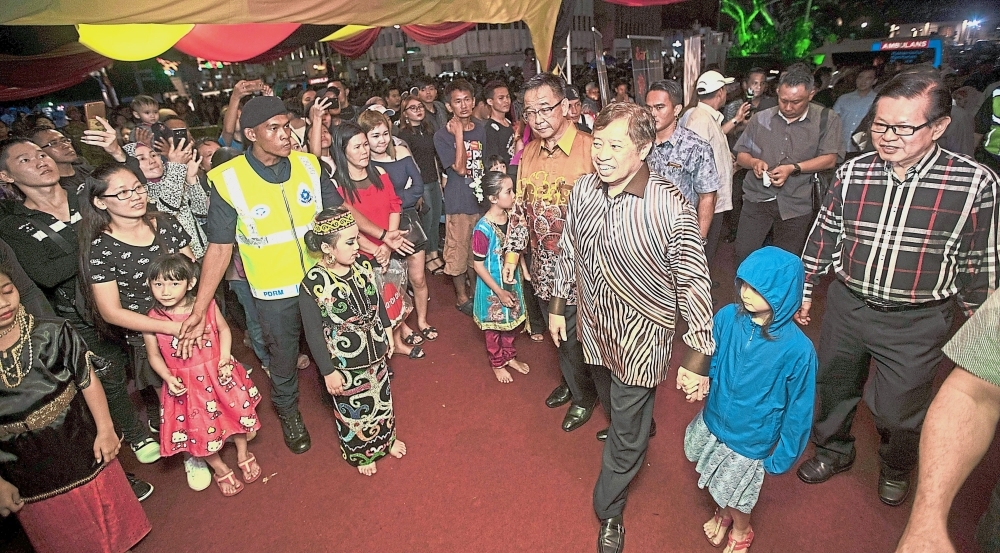 Abang Johari (in batik shirt) arriving at the Kuching Waterfront for the New Year countdown.

Meanwhile, thousands of people thronged the 2km-long famous Kuching Waterfront in the state capital to usher in the new year and witness the colourful launch of Visit Sarawak Year 2019.

There were cultural dances and other performances as 2018 drew to an end.