A flash mob performance by youths in the parade.

MIRI: It was a grand and joyful event that transcended race, religion and politics as some 40,000 people took part in the Miri Christmas Parade on Saturday.

In an exemplary show of unity and harmony, political leaders from both Pakatan Harapan and Gabungan Parti Sarawak shared the same stage with leaders of 15 churches.

There were also students, families and foreign visitors.

All of them walked the streets singing Christmas carols, playing drums and guitars, pushing colourful floats and riding bicycles.

The party leaders and members collected RM130,000 to donate to the 15 churches in Miri for joint activities.

“We must guard this freedom zealously against religious bigotry and moral erosion,” said Dr Sim. 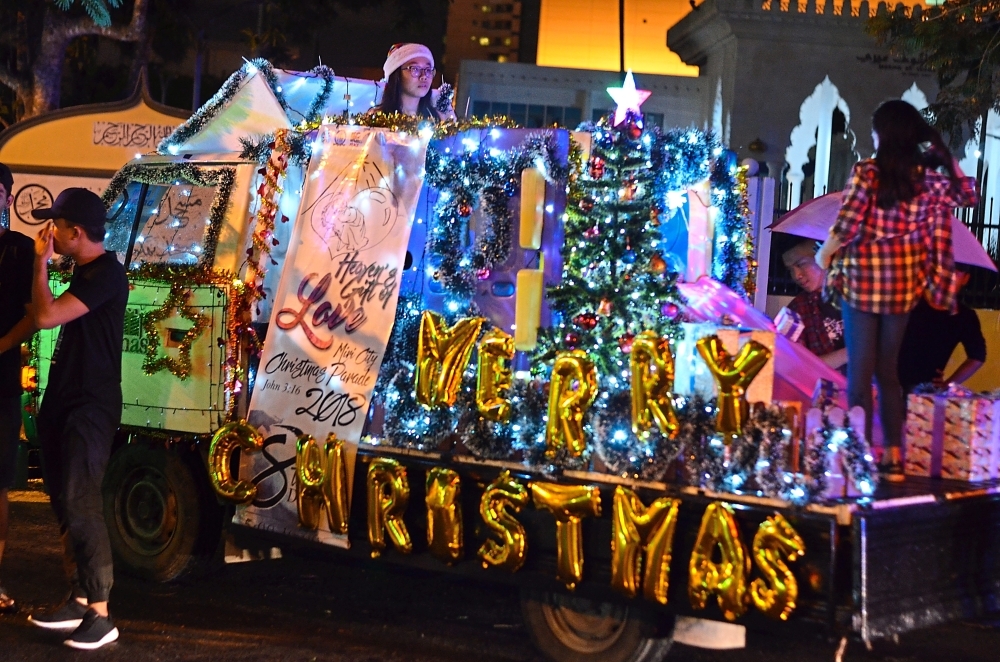 A colourful float by the BEM Canada Hill church.

“Both our state and federal governments are neither oppressive nor suppressive toward religious freedom.

“This Christmas parade is an excellent example for not only Christians, but also all members of our society, to take part in and enjoy the colourful activities and joyful songs,” he said

Dr Sim also highlighted the effort of the state’s Unit for Other Religions (Unifor) in serving the needs of religious organisations in Sarawak since its inception last year.

“Unifor is testament of the state government’s support, recognition and openness towards all other religions,” said Dr Sim.

“It is a platform where people from different religions can seek funds to build their respective houses of worship or upgrade and repair their existing building.

“It is also a conduit where Muslims and those of other religions can come together to discuss and foster better understanding of others faiths to forge tolerance, unity and harmony so very important in a plural society like ours.

“The unit has since disbursed RM15mil to build or upgrade 77 churches and temples last year, while this year, they allocated RM20mil for another 235,” he said.

Mayor Adam Yii said the parade tradition in Miri is now in the Sarawak calendar of tourism events. 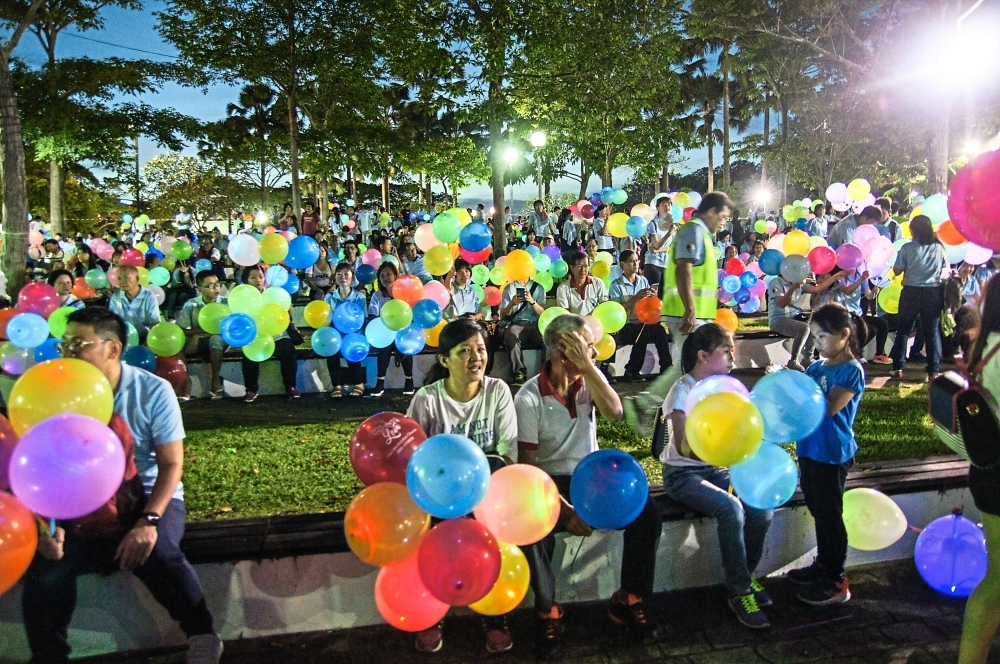 Organising chairman Rev Nicholas Tan Chung Kiat from Methodist Church hopes the Christmas Parade can continue to be a platform for everyone to be united irrespective of denomination or status in society.

“I have seen bicycles in other parades and decided to have it for the first time in Miri,” said Ngu.

“I enjoyed my time during the parade. The weather was good with only a mild drizzle,” said Lau, adding that he would definitely return next year.

Roman Catholic church member John Martin Ling Berador, who was on duty as a traffic marshal, said this year’s parade was different because of the performances.

“This is a great way to bring more Christmas cheer and create excitement for participants and spectators,” said Berador.

“I believe this parade is an enjoyable experience for everyone,” he added.