HERE’S a chance to enjoy a recital by world famous violinist Lin Cho-Liang at Hotel Equatorial Penang on Dec 10 and do a good deed at the same time.

Taiwanese Lin performs on the 1715 Stradivarius named “Titian” (or a 2000 Samuel Zygmuntowicz). 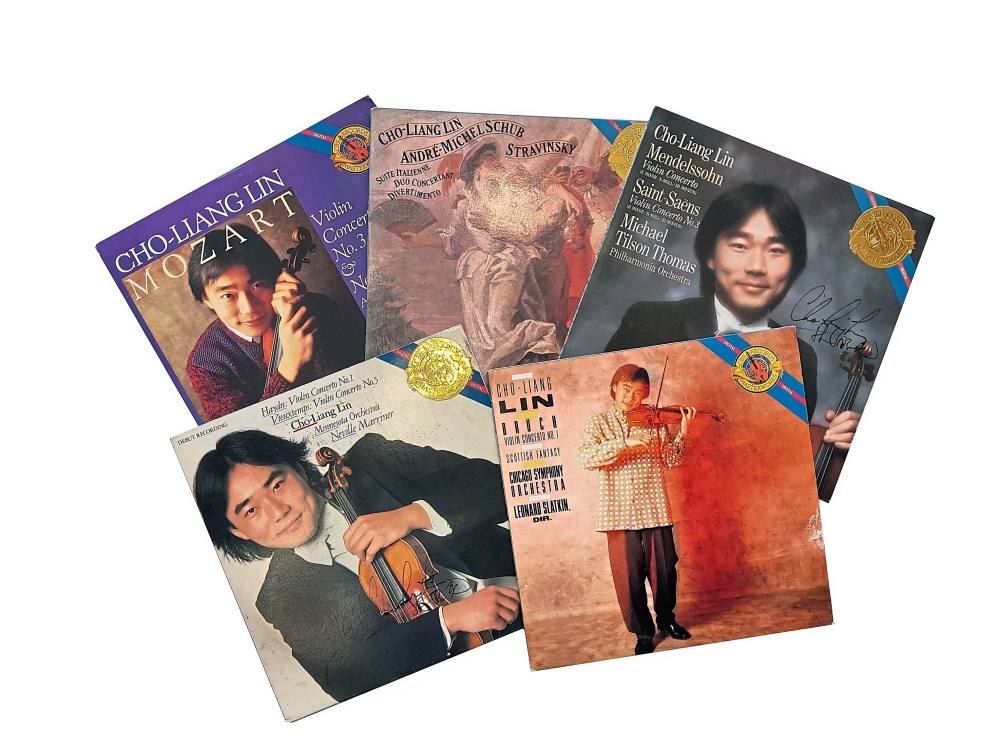 Some of Lin’s recordings which have won him accolades.

Many of his concerto, recital and chamber music recordings on Sony Classical, Decca, BIS, Delos and Ondine can be heard on Spotify or Naxos.com.

His albums have won Gramophone Record Of The Year, Grammy nominations and Penguin Guide Rosettes.

It was a neighbour’s violin studies that convinced him as a five-year-old boy to do the same.

At 12, he moved to Sydney to further his studies. After playing for Israeli-American violinist Itzhak Perlman in a master class, the 13-year old decided to study with Perlman’s teacher Dorothy DeLay.

Two years later, Lin travelled alone to New York and auditioned for the Juilliard School and spent the next six years working with DeLay.

His concert career was launched in 1980 with a debut playing the Mendelssohn Concerto with the New York Philharmonic under Zubin Mehta.

He has since performed as a soloist with virtually every major orchestra in the world. His busy schedule around the world continues to this day.

At the age of 31, his alma mater, the Juilliard School, invited Lin to become a faculty member, and in 2006, he was appointed professor at Houston’s Rice University in Texas, United States.

He was music director of the Taiwan National Symphony music camp and youth orchestra for four years.

Penangites were fortunate to hear him perform as a rising star in 1982 when he held a recital with Lee Kum Sing, and again in 1986 in a piano trio with Lee and Bion Tsang. He has offered to play for charity in the current visit.Meanwhile, pianist Tan started playing the piano when she was only five.

She obtained her Grade 8 certificate from the Associated Board of Royal Academy of Music at 14, followed by the Performers’ Certificate and Grade 8 violin from Trinity College Examination Board a year later.

In 2005, she was awarded a full scholarship to study solo piano performance at National Taiwan University of Arts (NTUA) in Taipei, during which she studied with renowned pianists Yueh-Ling Lee, Tamás Vásáry, Oxana Yablonskaya, Gustavo Romero and Joseph Banowetz.

She graduated from NTUA in 2009 with first prize and was the recipient of the Excellent Achievement Award and Outstanding International Student Award.

In December the same year, she was awarded a Royal Birmingham Conservatoire Piano Department Bursary and completed her Master of Music degree studies.

Upon graduation from Royal Birmingham Conservatoire, Tan established a promising career as a collaborative artist in Britain. She has performed in numerous festivals and concerts and this led to an offer to be resident opera repetiteur and vocal coach at the Wales International Academy of Voice in May 2014.

Tan is currently pursuing her Doctoral of Musical Arts studies with emphasis in Collaborative Piano at the University of North Texas.

Organised by Pro Musica and Rose Charities Malaysia, attendance to the recital is by donation of RM100 (adult) and RM50 (student below 18).

The charity dinner for 10 pax inclusive of the recital is RM5,000 per table.