Among the programme’s objectives were to carry out research on the marine critters found on the seabed as well as to look into the possibility of introducing Pulau Bum Bum as a macro dive site and scientific tourism destination.

Sabah Motac director Ag Ahmad Zaki Abu Bakar said they were in the process of taking macro diving into another level. 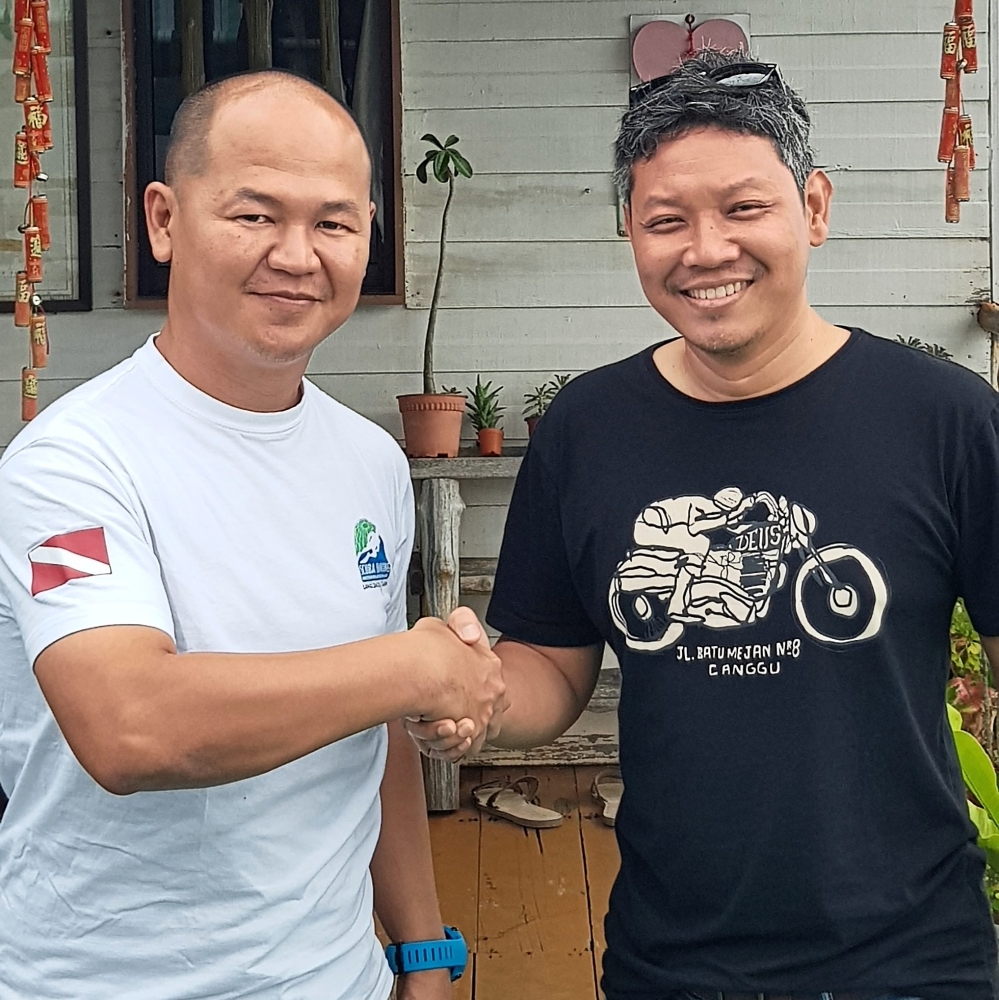 Ag Ahmad Zaki (left) and Dr Azman are confident of the potential of Pulau Bum Bum.

He explained that it involved niche underwater photography and videography to observe macro fauna which were smaller than a rice grain.

“Many interesting marine life come in very tiny sizes that require patience and concentration to notice, as well as special equipment to photograph them,” he added.

Ag Ahmad Zaki said there was more to Semporna than just being a transit point to well-known Sipadan for larger marine life.

According to him, Pulau Bum Bum’s macro dive site had high potential of leading to the discovery of new marine creatures.

Among the marine life found at Pulau Bum Bum are skeleton shrimps – sometimes called praying mantises of the sea – and hairy shrimps, all of which are either the size of rice grain or smaller.

“For example, the skeleton shrimps are literally everywhere, in the thousands.

“This will highlight Sabah as a notable macro dive site in the world and because of the intense marine biodiversity here, new species might be discovered and attract more local researchers to study these remarkable animals. “By having a dedicated macro diving site for Malaysia, it will attract macro enthusiasts and researchers to explore the site. We also hope to find new potential minuscule marine species in this area of interest,” Ag Ahmad Zaki added.

Meanwhile, UKM’s Ekomar head Associate Professor Dr Azman Abdul Rahim, who specialises in marine invertebrate taxonomy, said although these astonishing creatures were small in size, they were at a crucial stage of the marine food chain.

“When we talk about muck dive, people tend to highlight frogfish and pygmy seahorse, among others, but there is an abundance of these minute creatures that (many divers) have yet to explore. This spot (Pulau Bum Bum) for sure has plenty.

“This will provide better understanding on the existence of this group of organisms and their function in the ecosystem. With involvement of researchers in biodiversity studies, the possibility of finding new species is high.

“Not only is the diversity surprising, these tiny critters are concentrated in small spots with high abundance.

“In consideration of the foregoing research, we need to have collective efforts to conserve this special niche area,” he noted.