The famous Jalan Kelang Lama market is another site that has been earmarked for development. — Filepic

THE sight of contractors demolishing the RapidKL bus depot in 5th mile, Jalan Kelang Lama in Kuala Lumpur raised alarm bells for the community living and working in the area.

The bus depot, an old landmark here, has claimed its spot on Jalan Kelang Lama for decades. Built by public bus operator Park May Bhd in 1995 at a cost of between RM4mil and RM5mil, it enabled bus maintenance and small repair works to be carried out.

It also served as the company’s headquarters for a short while.

On Sept 1, 2003, Prasarana Negara Bhd took over Park May Bhd’s operations, as part of the Government aim to implement an integrated transportation system.

Today, Prasarana Malaysia Bhd is landowner of the 1.05ha land.

As such, the demolition exercise last month can only mean two things – either the bus depot was being upgraded or there was some other development in the pipeline.

The answer was revealed when a resident, who was visiting a furniture store next door, saw a development signboard by Kuala Lumpur City Hall (DBKL) calling for objections to a proposed condominium project.

The proposed project is to have two blocks of 41-storey serviced apartment with 684 units.

The land is currently zoned as an industrial plot, but the developer has applied to convert the land for commercial usage.

“It was like a nightmare coming true,’’ said Kevin Tan, a resident living in Pearl Point Condominium opposite the bus depot.

“I was shocked when I learnt that another condominium project was to come up here.”

“I have first-hand experience getting stuck in the traffic crawl during peak hours as I travel on Jalan Kelang Lama every day.

“And it’s not getting any better.’’

“We are at our wits’ end with the traffic here.

“There is always traffic from Jalan Mega Mendung leading to the main road and the roads are constantly congested.”

“Taman Bukit Indah is sandwiched between Taman United, Happy Garden and OUG. Traffic is so bad that I have to leave my house at 6.30am just so I won’t be late to work at 9am,” said Usha.

Kuchai Lama resident K. Saras, who relies on Grab to get to work every morning, said the traffic build-up would push the ride-sharing services’ charge higher and higher as the minutes ticked by.

“Imagine a RM13 ride skyrocketting to RM30 due to traffic,’’ said Saras.

“Drivers do not want to take passengers from Jalan Kelang Lama in the mornings, that’s why the demand exceeds supply (for ride-sharing vehicles).

“And if there are roadworks going on or if a car breaks down, or if Mid Valley Megamall has a baby fair, the entire road will be caught in a gridlock with a tailback for several kilometers.”

This has been going on for decades and things have gotten from bad to worse in the last 10 years with more and more development coming up along the stretch.

Stressing infrastructure of ageing pipelines and poor road conditions, are other contributory factors.

In fact, more land banks along the Kuala Lumpur and Petaling Jaya stretch are being cleared for future developments.

Apart from the bus depot land, an ongoing development coming up along the stretch is the Millerz Square located next to the Rozel showroom.

A few hundred metres down is the DBKL-owned Jalan Kelang Lama market.

In fact, he said that DBKL had received several proposals for the site.

Residents are also worried over the fate of their 40-year-old market. Most of the residents StarMetro spoke to were concerned that Jalan Kelang Lama would not be able to accommodate additional vehicles if more developments were approved.

“Unless there is a proper integrated public transportation system in Jalan Kelang Lama, developments along the stretch should not be given high plot ratios as it will be disastrous,’’ said Jane who lives in Kuchai Lama.

“Businesses such as Scott Garden are also inadvertently contributing to the congestion when their patrons park their cars by the roadside.

“So I anticipate that we are going to see a lot of more of this along Jalan Kelang Lama.”

When contacted, a DBKL spokesman said the development was being carried out by Konsortium Exsim Development Sdn Bhd.

“It has not been approved yet, there are still several conditions they have to comply with,’’ the spokesman said.

Jalan Kelang Lama was built between 1905 and 1908, and is one of the oldest trunk roads in Kuala Lumpur.

It went through major upgrades in the 1950s and 1980s with a massive upgrade and road widening exercise in 2004 costing a whopping RM359mil where both sides of Jalan Kelang Lama were extended to three lanes. 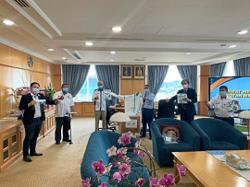 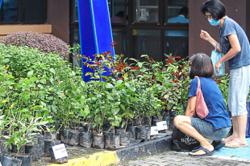 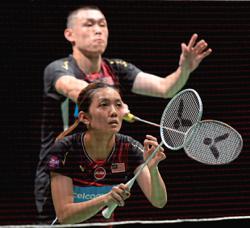