TAKE a stroll around the inner city of George Town and you will notice that many pre-war houses or heritage buildings have been left vacant or converted into modern spaces.

Those people still staying put are mostly old-timers or their children who are helping them run their old businesses.

The invasion of foreigners in the heritage zone is one of the reasons driving locals away from George Town, according to Peace and Joy coffee shop owner Cheong Kwai Foong.

Cheong, 61, who grew up in the inner city in the 1950s, said the sale of heritage buildings to foreigners such as Singaporeans, was causing the rental to increase.

“The locals move out from the heritage zone because they could not afford the high rentals.

“Back in the old days, locals could easily rent houses here because rental was so cheap,” she said when met at her shop in China Street. (From left) Beng Chuan and his son Chin Poh showing some of their handmade joss sticks at their rented shophouse in Lorong Muda, off Stewart Lane, in George Town.

Cheong, who was born and raised in her family home in Queen Street, said she moved to her husband’s home in Church Street after getting married.

“The landlord wanted to sell the property and that was when we, together with my in-laws, moved out from the inner city to Relau.

“My family returned to George Town in 2000 to operate our coffee shop business.

Another former resident, who wanted to be known only as Tan, 66, said he sold off his property in George Town after being offered a relatively good price from a buyer from Kuala Lumpur.

“That was about 10 years ago when property in the heritage zone was in hot demand because Penang had just been awarded Unesco World Heritage City status,” he said, adding that his former property was now a hotel.

Meanwhile, traditional joss stick maker Lee Beng Chuan, 90, has been living at his rented shophouse in Lorong Muda, off Stewart Lane, for over 80 years and he has no plans to move out. Yap posing in front of his house in Lorong Pasar in George Town.

“I have been staying here since I was nine years old.

“I have a lot memories here. If I start telling you all my memories, I might go on until tomorrow!” he quipped.

His fourth son Lee Chin Poh, 57, said the property was rented under the estate of Yeap Chor Ee.

“I am a third-generation resident. I have been staying in this house since I was born.

“Most of our neighbours have moved out to townships.

“Rental became too high for them since the repeal of the Rent Control Act,” he said.

Chin Poh said he moved out of town to stay at a flat he bought in Farlim. “Then I went to Kuala Lumpur to work before moving back here (Lorong Muda) to take care of my dad after my mum passed away three years ago,” he said.

Not far away in Lorong Pasar, septuagenarian Yap Then Sang, 70, lives alone.

He said rental for his heritage house used to be as low as between RM30 and RM40 a month some 60 years ago.

“It has now increased to around RM500 per month.

“I noticed there used to be more residents staying around this area but not anymore.

“Some houses are abandoned while many have been turned into shops.

“Some of my friends who used to live here have also moved out to other parts of Penang,” said Yap, who said he used to be a drinks seller. 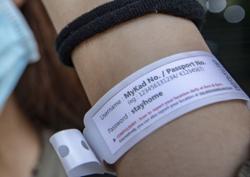