Pouring their hearts into charity effort

CELEBRATING diversity and culture, the Technicolour Festival was a sight to behold with activities, food and performances galore.

Bringing everyone together regardless of backgrounds, the event not only struck a chord with visitors but also brought out the kinder side of the society in raising funds for charity.

The eye-pleasing cultural performances complemented the array of food offered at the festival held at Straits Quay, Penang.

Stalls offering cuisine from all over the world were a hit with the crowd as people tucked into traditional delights from Myanmar, 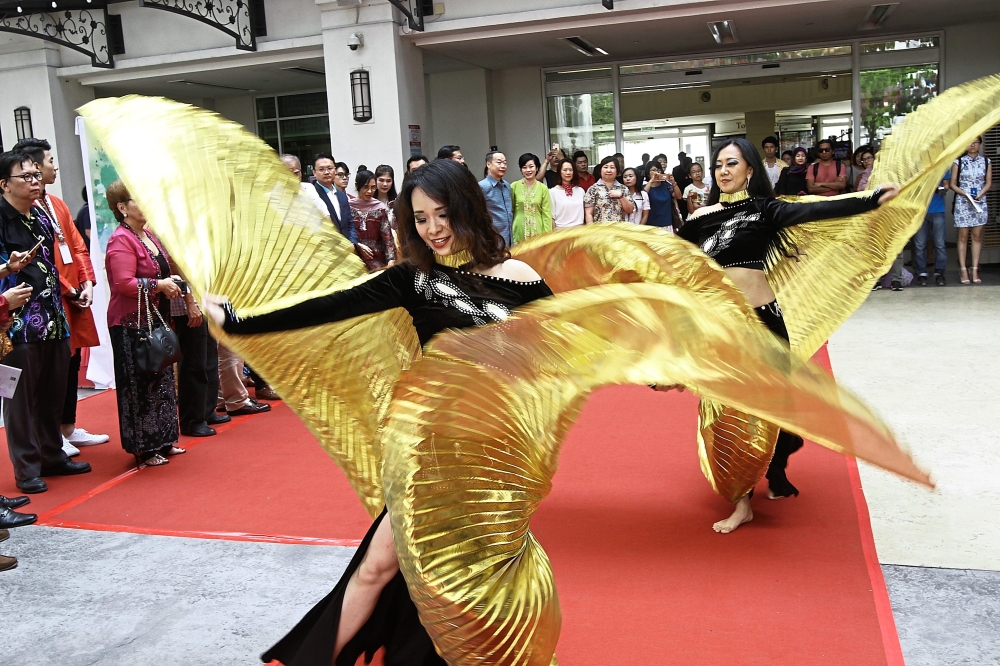 A beautiful dance performance at the launch of the Technicolour Festival in Straits Quay.

The highlight of the festival was the 801 cups of “Asian Blush” flavoured mocktails made in 40 minutes by the university college students, which got them into the Malaysia Book of Records.

It was organised under their MICE (meetings, incentives, conferences, exhibitions) project.

The students from the School of Hospitality, Tourism and Culinary Arts raised RM138,000 for their Home Help Programme.

Besides buying rations for the underprivileged families, the students also helped to clean their homes.

They had also collaborated with the Penang Social Welfare Department to help the needy as well. Students making 801 mocktails within 40 minutes to create a new entry in the Malaysia Book of Records.

It is an annual celebration of the cultural diversity in the communities and families there.

“We believe that providing real world experience to the students is one way of producing world- class graduates.

“We offer an integrated education where we teach them how to incorporate the theory into their daily lives.

“It is about different communities coming together, and a platform for them to showcase their creativity, talents and skills.

“This festival is not only to celebrate culture but the proceeds will also be channelled to the underprivileged,” she said.

Penang Deputy Chief Minister II Dr P. Ramasamy, who was the guest of honour, praised the students for their efforts in the programme.