A TOTAL OF 1,500 homes and businesses nationwide were visited by 600 Maxis employees, over 50% of the telco’s manpower, as part of its “Fibrenation Box Swap” campaign to swap customers’ WiFi routers for faster Internet speeds.

This follows Maxis’ introduction of new prices for its Internet broadband plans for home and business customers, said chief executive officer Robert Nason, in a briefing to the press before flagging off the employees at Maxis Centre in Suria KLCC.

The employees will swap all single-band WiFi routers to dual-band ones to take advantage of the new speed upgrades which now come in 30Mbps or 100Mbps.

“There are no restrictions on the new prices and speeds, it’s open to the entire customer base and not just to new customers,” Nason clarified.

He added, however, that it would take some time for the telco to properly convert its existing 200,000 customer base– about 10% of the existing Malaysian broadband market – to the new speeds.

“Demand is so great that it’s going to take a number of months to work through the entire base and convert them to the new speeds,” said Nason, adding that the company had received 40,000 requests when Maxis first rolled out its new price plans. 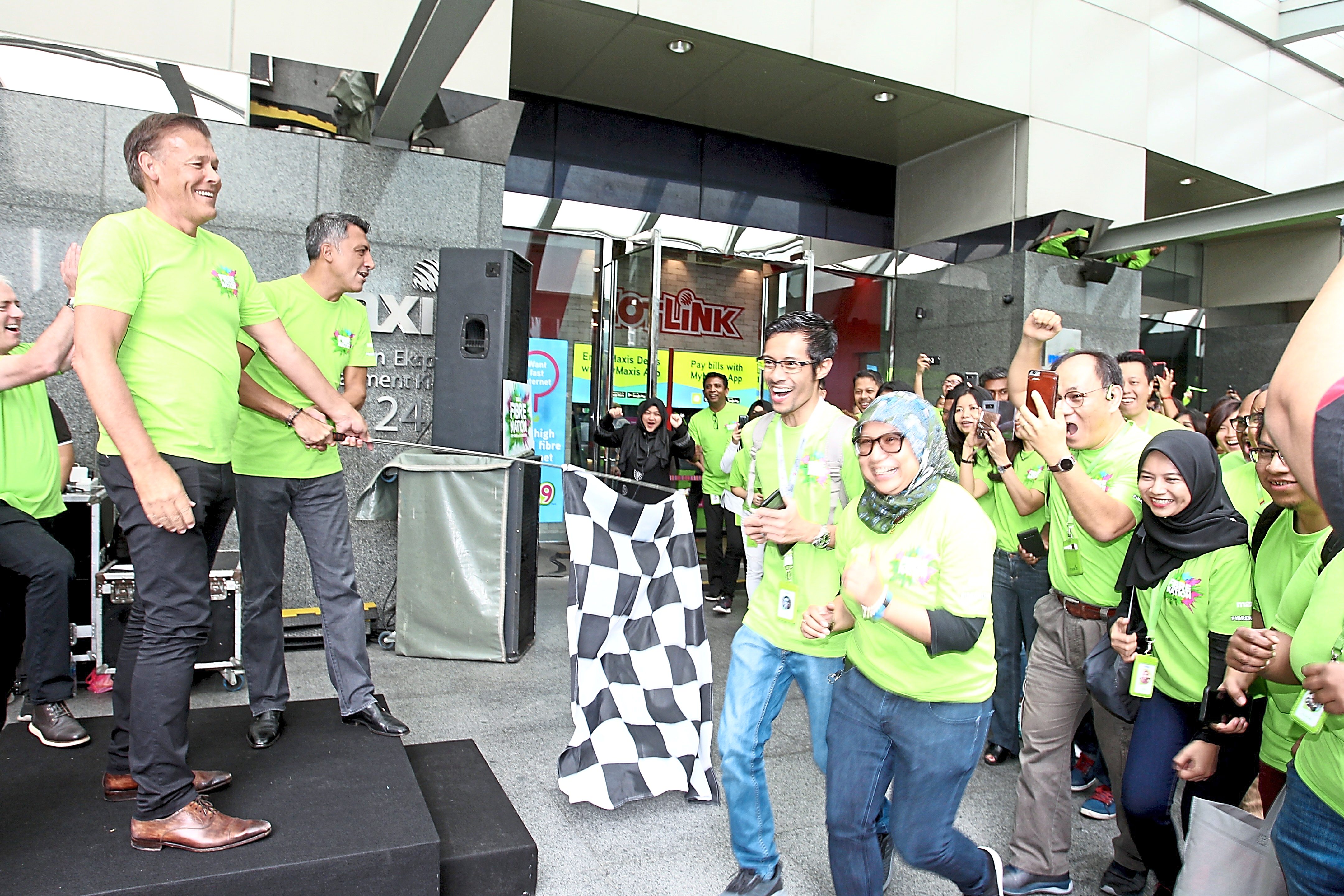 Nason (left) flagging off the employees at Maxis Centre in Suria KLCC.

Nason, Maxis Consumer Business head Dushyanthan Vaithiyanathan and Enterprise head Paul McManus also said it could take until the New Year to give an accurate timeline, from when customers choose the new plans to finally installing the new routers.

Aside from lead times for bringing in the new routers, there is also the issue of manpower to handle additional service requests, and Nason said Maxis had hired 100 new employees to handle customer service and installations, following the announcement of the new pricing plans in August.

Dushyanthan said while Maxis would like to increase the rate of conversion to the new speed plans, the telco had to take into account the matter of logistics and ensure that customers’ houses were properly covered when “Maxperts” swap the WiFi routers.

The possibility of higher speeds was not ruled out, and Nason said the company was in talks with access providers such as Time and Telekom Malaysia to work out the details as well as upgrade its own fibre network.

“We want to get access from everyone in the market, but like everything in technology, there’s some work to be done.

“Whatever is available in the market: you want fibre, we’ll find the fibre, and we’ll deal with the access provider and even put in value-added services so that customers can have a worry-free experience,” said Nason.