Tunku Tun Aminah (middle), flanked by Tang (left) and Tom Abang, looking attentively at the line-up of creations being showcased on the runway.

It started with a 1920s-inspired collection by Thailand designer Sorn and continued on with the debut collection of Wawal Ali, champion of “Perspective: The Project”, a fashion design competition also organised by JSPA. 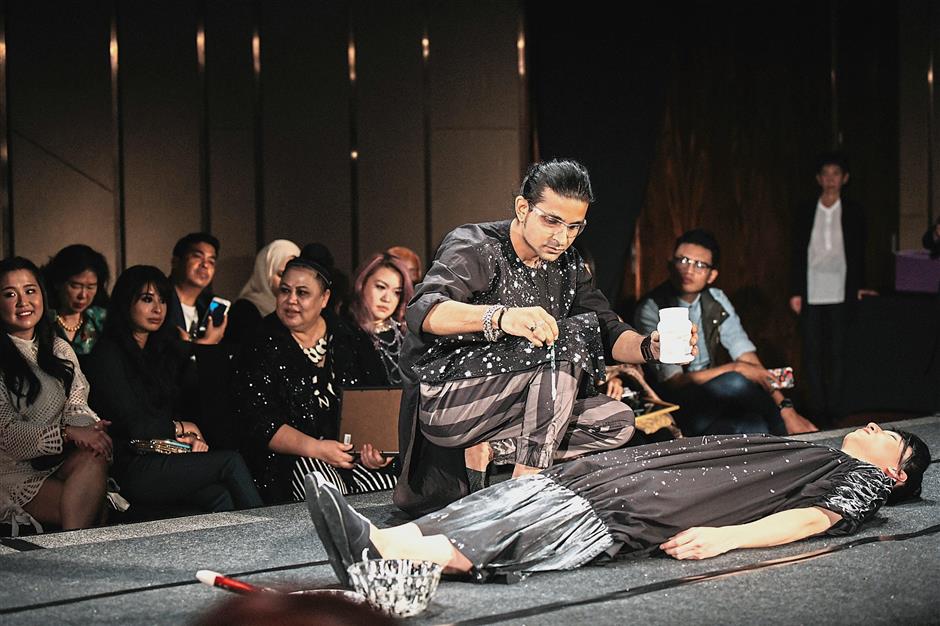 Ritesh painting a dress live on the runway while his works are showcased on stage.

The first half of the fashion show made a deep impression with the colourful creations of one of the biggest names in Malaysia’s fashion industry, Datuk Tom Abang Saufi, who showcased a range of of casual, beach designs.

The second half of the fashion show kick-started with a collection by the creator of Lagenda, Wong Lee Leng, who held the audience spellbound with her fascinating work inspired by the Bidayuh community.

Wong said the collection was based on a documentary project she was working on, which centred around the lives of the five remaining “Ring Ladies” in the Bidayuh community in Sarawak. 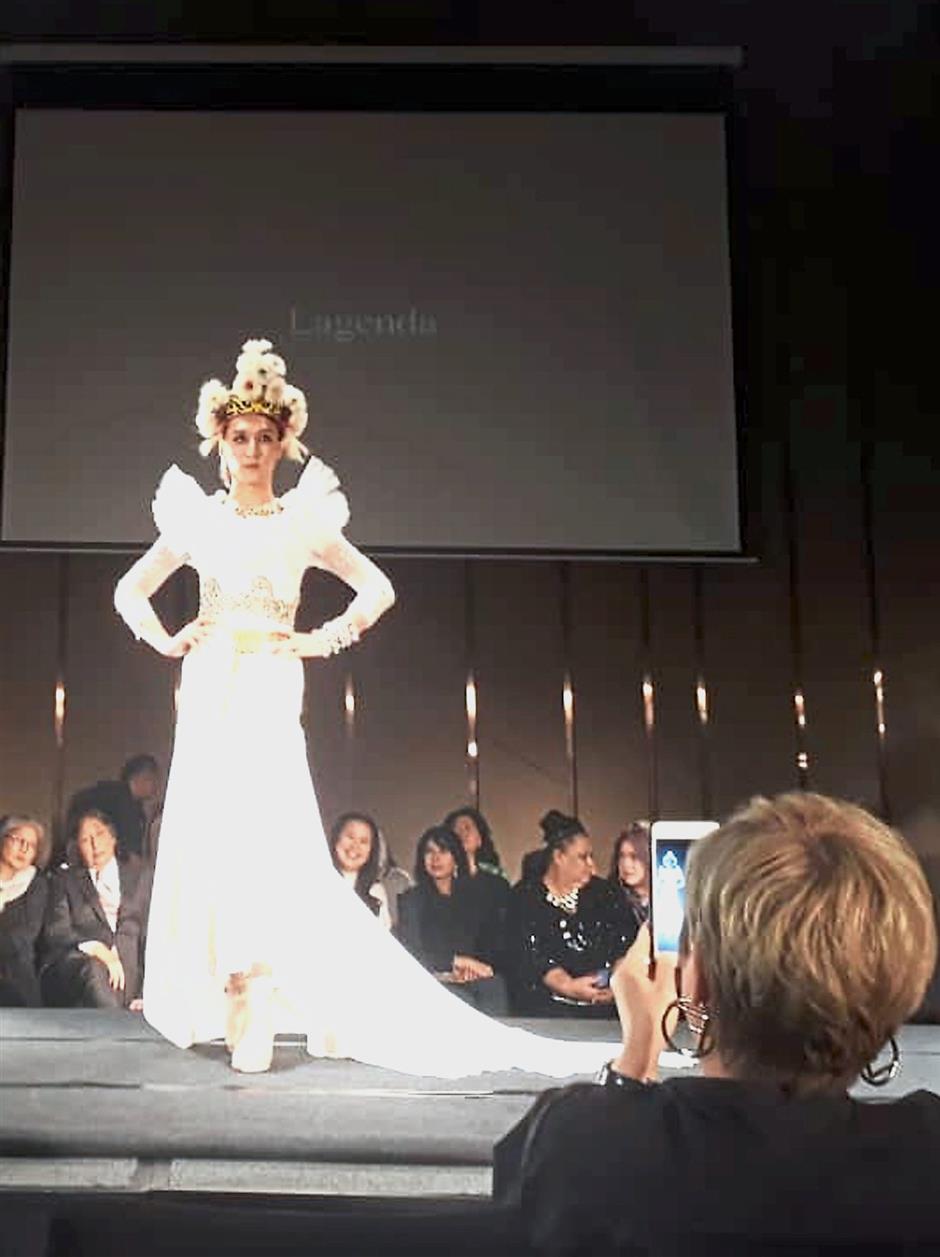 One of the pieces by the creator of Lagenda, Wong Lee Leng, inspired by the five remaining Bidayuh Ring Ladies in Sarawak.

“The 45-minute documentary will be aired in a few countries around Asia, including in Japan and Taiwan.

“I hope the documentary, along with the clothing design, unveils the hidden beauty of the Bidayuh as well as other indigenous communities in Borneo,” she said.

The evening became more interesting with the line-up of creative clothes presented by design students from Limkokwing Fashion Club. 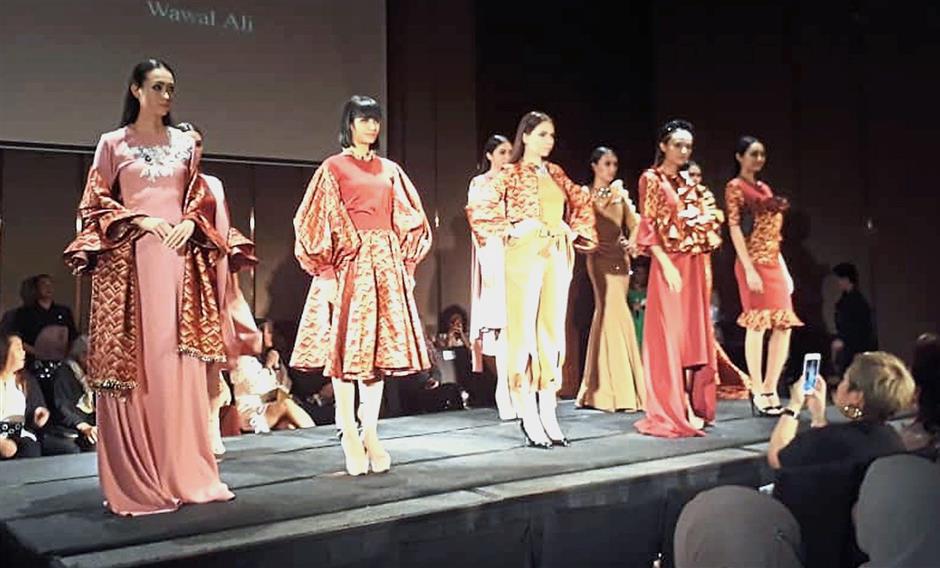 A collection by award-winning Wawal Ali, entitled ‘Perspective: The Project’.

Another highlight of the fashion show came right before it ended, when fashion designer Ritesh Kumar from India gave the audience a pleasant surprise by painting a dress live on the runway while his other ready-to-wear outfits were being paraded.

Curator of “Perspective: The Series” June Tang said the show aimed to give budding designers a platform to shine.

“Perspective provides a platform not only for experienced professionals but budding designers, too. Ritesh’s collection emphasising a versatile and eclectic style for women.

“While the main aim is to showcase the various looks, our platform is quite different from other bigger fashion events such as Kuala Lumpur Fashion Week as we shine the spotlight on new designers,” she added.

The Johor Arts Festival held from Sept 1 to 23 featured a string of top-notch performances by local and international artistes at various locations around the state.