Mohamad Aiqal handing over the first ALiP card to Alif at the launch event.

A&A Premier Lifestyle Services chief executive officer Mohamad Aiqal Aniqi Datuk Mohd Razif, 25, said he came up with the idea of this card as a way to share a celebrity's lifestyle as portrayed by the ambassador Alif to the public.

He chose to partner Alif for his popularity, personality and talents recognised locally and internationally. Furthermore, Alif has also garnered 1.7 million followers on Instagram.

ALiP Card aims to give cardholders access to many discounts as well as products and services from selected merchants.

"We have been working on this gold card for some six months and we are very selective about the merchants we want to work with as we want to deliver only the best for everyone, especially my followers and fans," said Alif.

"I just want to share the lifestyle that not many of us can comfortably enjoy but with the added benefits this card can offer, I am sure that now everyone can enjoy them to the fullest," he added.

The first 200 ALiP Card purchasers were handed the cards by the ambassador himself during the launch which coincided with Alif's upcoming 28th birthday as well as his fourth wedding anniversary.

There will also be a series of roadshows apart from social media promotions to publicise ALiP Card.

The merchants list will keep on expanding to reach more people including those living outside the Klang Valley.

Own goal hands Liverpool away win at Ajax 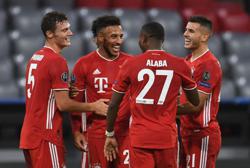