Lim (fourth from left) showing some visitors the scale model at the launch of LBS Bina Group’s third and newest phase of its LBS Alam Perdana township, Rentak Perdana.

“Affordability, connectivity and community are three of the most important factors that buyers look for in a new home.

“With LBS Alam Perdana, our mission is to build a township that brings people in the community closer and foster a sense of togetherness,” he said

Rentak Perdana, when completed, will have 856 double-storey terrace houses and 28 double-storey semi-detached houses with total gross development value of RM475mil.

The development is being built to be a gated-and-guarded neighbourhood with the prices of terrace homes starting from RM509,900.

The neighbourhood will also have two recreational parks with various facilities, including a yoga lawn, barbecue area, jogging track and a few types of sports courts, to encourage community activities.

Lim said the group had achieved RM1.06bil in net sales, with unbilled sales standing at RM1.715bil. The group’s sales target is to hit RM1.8bil by the end of the year.

He also announced that in gratitude for the support the group had received from buyers, it was also launching the LBS Owner’s Bonus campaign, which seeks to reward loyal customers with attractive perks.

Owners are entitled to a complimentary personal accident insurance plan for three years worth up to RM150,000, and a lucky draw entry where 10 lucky winners stand a chance to receive an LBS “Future-Ready” Investment Plan worth up to RM450,000.

Additionally, customers can enjoy an extra 2% rebate for subsequent purchases, as well as a 1% cash incentive for introducing a friend who ends up making a purchase.

Members of the public and potential homebuyers were invited to join in the festivities during the launch with a mini carnival, featuring food and beverage booths as well as fun games. 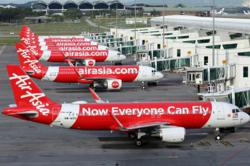 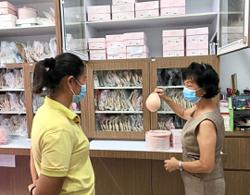