Give an inch, they take a yard

Roadside stalls are not supposed to build permanent structures on sidewalks. This one has carried out extensive renovation.

Petty traders who were allowed to sell food by the sidewalk and alleys on temporary licence and support letters from politicians, have not only violated hygiene rules but are also putting the public at risk.

Some of these traders have even sold or sublet their stalls to a third party for a monthly fee. The filthy back portion of a stall in Brickfields that has been illegally extended and now looks almost like a restaurant.

A tip-off from StarMetro readers who responded to the Metro Hygiene Campaign last month, pointed us towards dozens of roadside stalls in Kuala Lumpur that have become hazardous to the surrounding community.

Apart from safety aspects, many of the stalls’ workers were found to have poor safety and hygiene training.

Plates with flies sitting on them and food handlers not wearing cap and gloves were among the images that were captured. 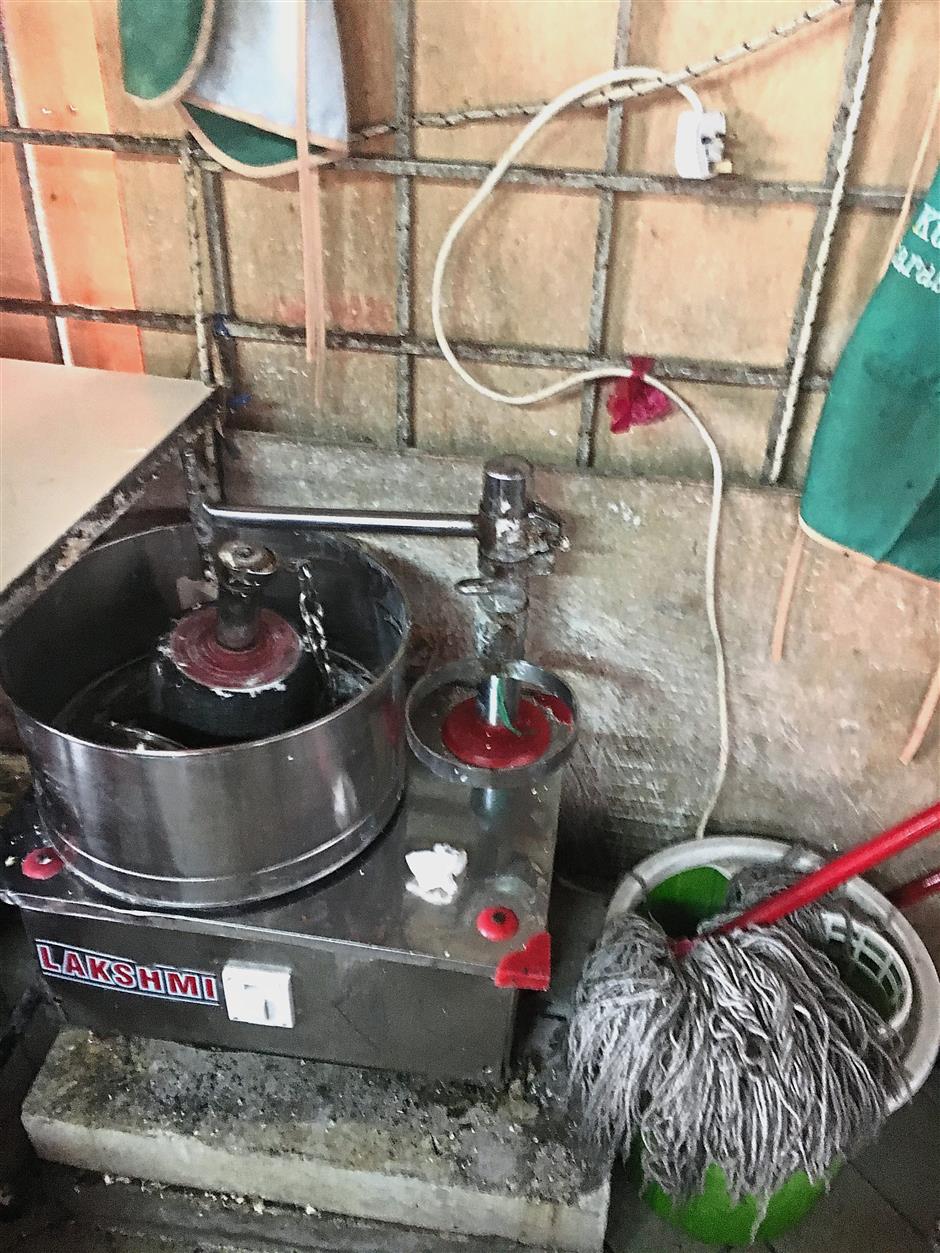 A dirty mop placed next to a rice grinder in one stall.

The StarMetro’s Hygiene Campaign was launched over a month ago after DBKL health inspectors closed down Raj’s Banana Leaf Restaurant in Bangsar, Kuala Lumpur, for unhygienic practices.

As we invited readers to alert us to dirty restaurants, there were countless requests from the public asking us to check out the hundreds of roadside stalls operating on sidewalks and alleys that were also guilty of many transgressions.

Revoking the business licence of Raj Banana Leaf was the first by DBKL as it wanted to send a stern message to restaurant operators to buck up.

The eatery made headlines after a 30-second video went viral showing its workers washing plates using muddy water from a pothole next to a drain.

We found a corner stall in Jalan Sepadu 5, Taman United in Jalan Kelang Lama, where the owner placed gas tanks along the edge of the stall endangering the public.

Resident Christopher Tan was annoyed that Jalan Sepadu, notorious for its chock-a-block traffic jam, is now even more congested with stall customers double-parked along the stretch.

Residents also question the legality of allowing stalls to encroach onto walkways and road kerbs. 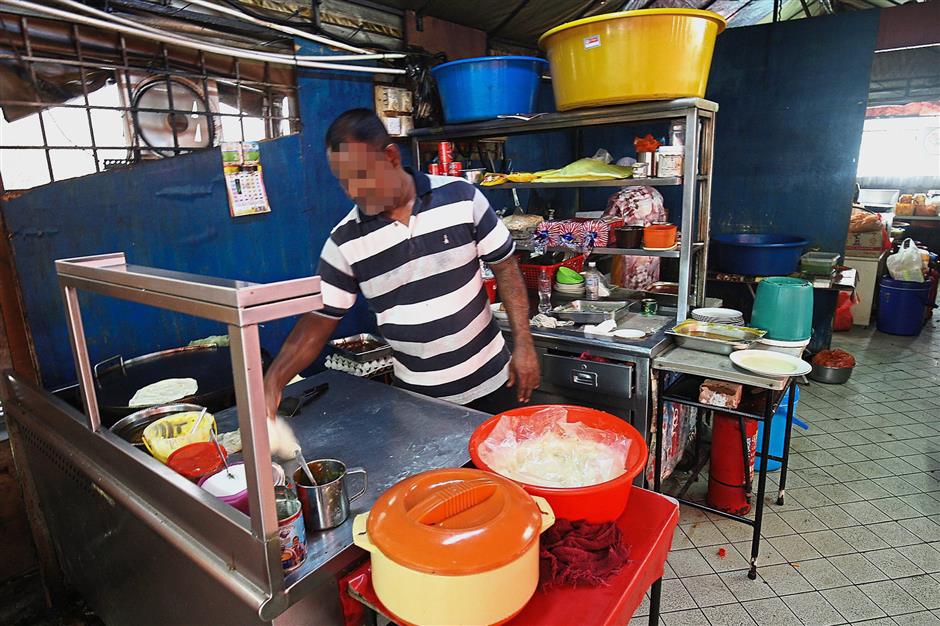 A food handler not wearing an apron or cap is a clear violation of hygiene rules.

In Brickfields, a stall extended its business area taking over motorcycle barriers placed along the side lane, and many other individuals have set up business along five-foot ways.

During a site check, StarMetro saw multiple sanitation violations and noted that the cook or the person making roti canai quite often do other tasks too such as wiping tables and washing dishes.

Meanwhile, at a side lane off Jalan Tun Sambanthan, a stall that started off eight years ago with a temporary licence from DBKL, has grown into a “mini-restaurant” today, operating 24 hours with a television, fans, sinks and a makeshift kitchen.

We peeked into the kitchen and found it filthy, while workers did not wear caps and gloves when handling food.

From stall to restaurant?

Many stall operators were also said to have sublet their licence and space to a third party, while some had expanded their stalls and encroached further into public walkways.

Some of these stalls now occupy space akin to a small restaurant!

This was most visible during the recently concluded FIFA World Cup, where just before the games kicked off on June 14, stalls that had only a few tables laid out completely metamorphosed into a “restaurant” almost overnight. 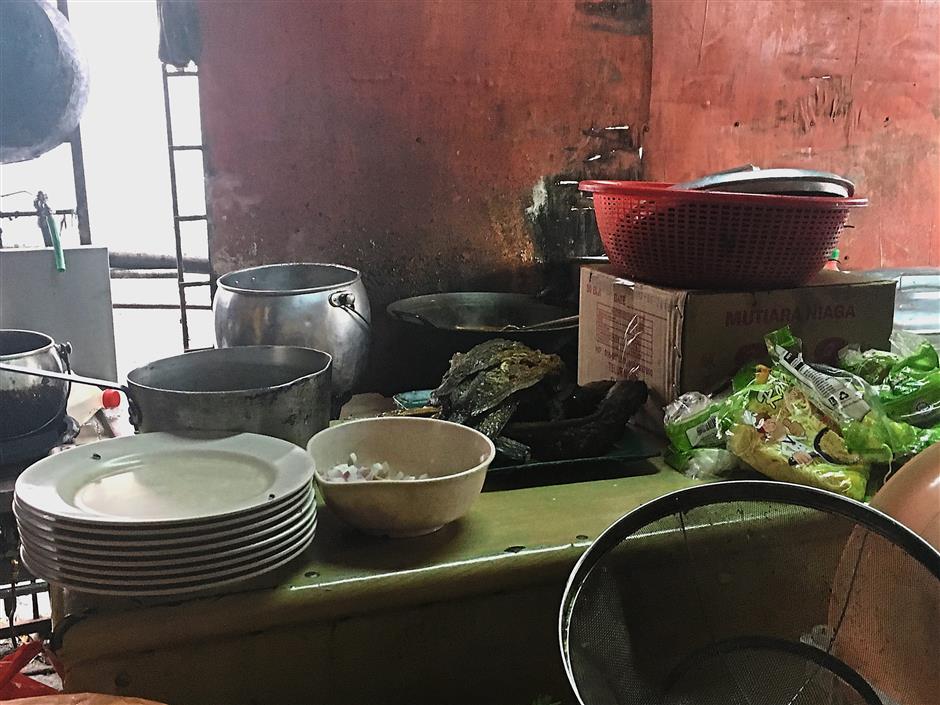 Flies sitting on a stack of plates on the left while a packet of noodles is left exposed in the kitchen.

It is not uncommon for DBKL to issue a temporary licence, normally for a six-month period, for stalls to operate along sidewalks as long as it did not interfere with pedestrian traffic and the operators comply with hygiene laws and other DBKL rules. (See graphic)

However, this particular stall had taken over a sizeable stretch of the sidewalk in Jalan Sepadu.

The operator carried out extensive renovations, including retiling part of the walkway to match the rest of the establishment. One wonders what has become of the drains and manhole along the stretch affected by the “takeover.”

A permanent grille has also been installed, which blocks part of the pavement and left little space for pedestrians besides aggravating traffic.

Residents and other members of the public wonder how the stalls are allowed to operate despite the dangers created by such errant stallowners.

Peter Chan, a sundry shop operator in Taman United, pointed out a stall’s gas tanks placed along the roadside. 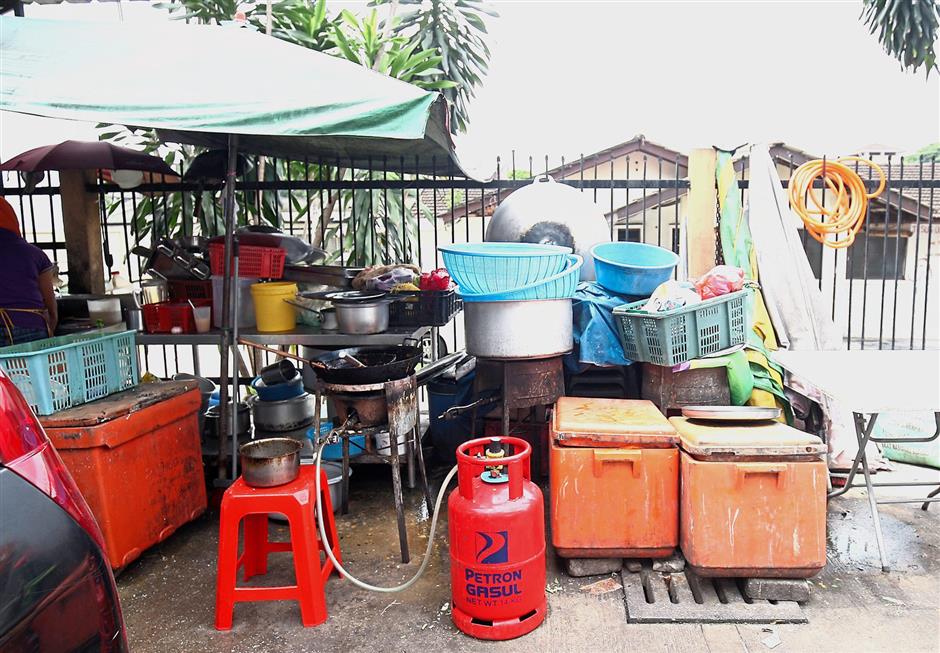 An example of a filthy and unhygienic roadside stall. This one is located in Brickfields.

A restaurant proprietor, who wished to remain anonymous, said such errant stalls caused a lot of problems for businessmen like himself who followed rules and regulations.

“We pay taxes for everything, including business, premises licence and grease traps.

“We even have a signboard for the shop, these are all taxable. So it does not seem fair that these stalls are even allowed to operate,” he said.

A senior health officer from DBKL, who spoke to StarMetro on condition of anonymity, said DBKL did not want to “over-regulate” roadside stalls because “they are poor people trying to make a living.”

However, the officer also admitted that errant operators among stallowners often got off scot-free due to political interference.

“They come with endorsement letters from politicians so we give them a location and charge them a minimum fee with the condition that they keep the site clean and run an honest business,” he said, adding that it was disappointing that they chose to abuse DBKL’s trust.

“We have in the past acted on public complaints, but each time there would be one politician or another who would intervene and ask us to back down,” said the officer. 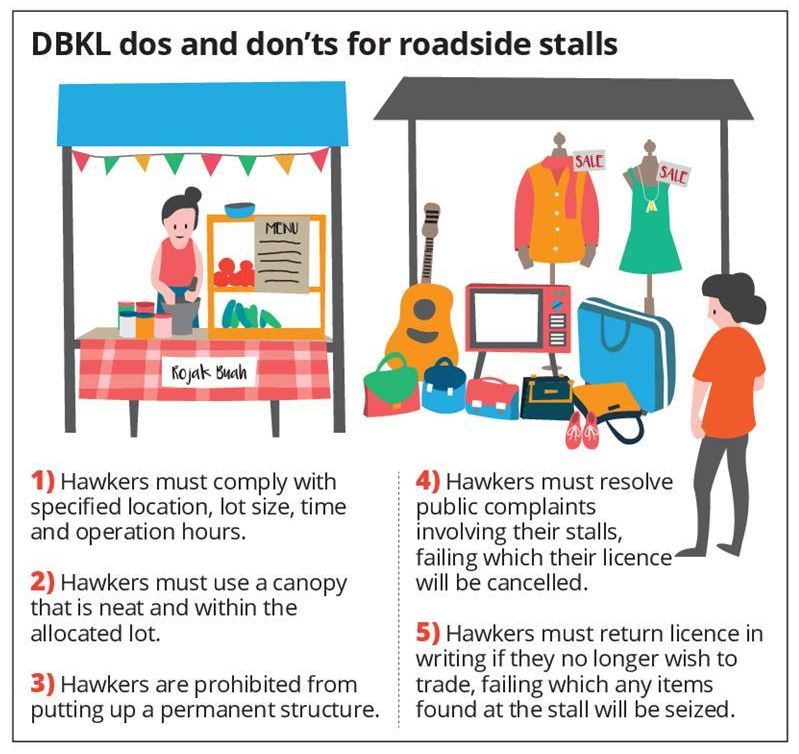 Kepong MP Lim Lip Eng recently told StarMetro about receiving information from DBKL senior officers regarding politicians who had interfered in food safety and hygiene enforcement operations carried out by the local authority.

Lim said the frustrated officers told him that on many occasions when a restaurant was closed for flouting cleanliness requirements, they would get a call from certain politicians ordering them to retract the closure notice.

He added that the officers suspected that the eatery owner must have called the politicians to plead for leniency.

When approached with photographs of the transgressions, DBKL Licensing and Petty Traders Development Department director Anwar Mohd Zain said there were clear violations of multiple rules and a team would be sent to investigate.