A SMART employee in the control room monitoring traffic in and out of the tunnel. About 30,000 motorists use the tunnel daily.

MANY times I have been advised by friends to use the SMART tunnel if I wanted to get to Kuala Lumpur city centre without being stuck in a traffic jam.

Perhaps most of us regard it as an alternative route that saves travel time significantly and over the years have taken it for granted, having forgotten the primary purpose for its construction.

The Stormwater Management and Road Tunnel was actually built to alleviate the flooding problem in the city centre.

It mitigates 45% of the total flood risks in the Klang Valley, focusing on the flood-prone areas ­– Masjid Jamek, Lebuh Ampang, Jalan Tun Perak and Dataran Merdeka.

Since it began operations in 2007, these areas are no longer inundated with water whenever the Klang River floods its banks after heavy rain, which would usually cause the city to grind to a halt.

Just recently, on June 22 and 23, those areas were once again saved from flooding.

Continuous rainfall from Friday to Saturday required the tunnel to be closed to traffic on the second day and reopened to road users some 10 hours later the next morning on Sunday.

How this works was that the SMART Stormwater system, which operates on a “divert, store and release” basis, was activated. The excess flood water at the confluence of the Klang River and Ampang River upstream was diverted and channelled into the holding pond at Kampung Berembang temporarily. It was then directed to the Taman Desa pond downstream via the 9.7km SMART tunnel that acts like a river, before being released back into the Kerayong River near the Taman Desa pond. 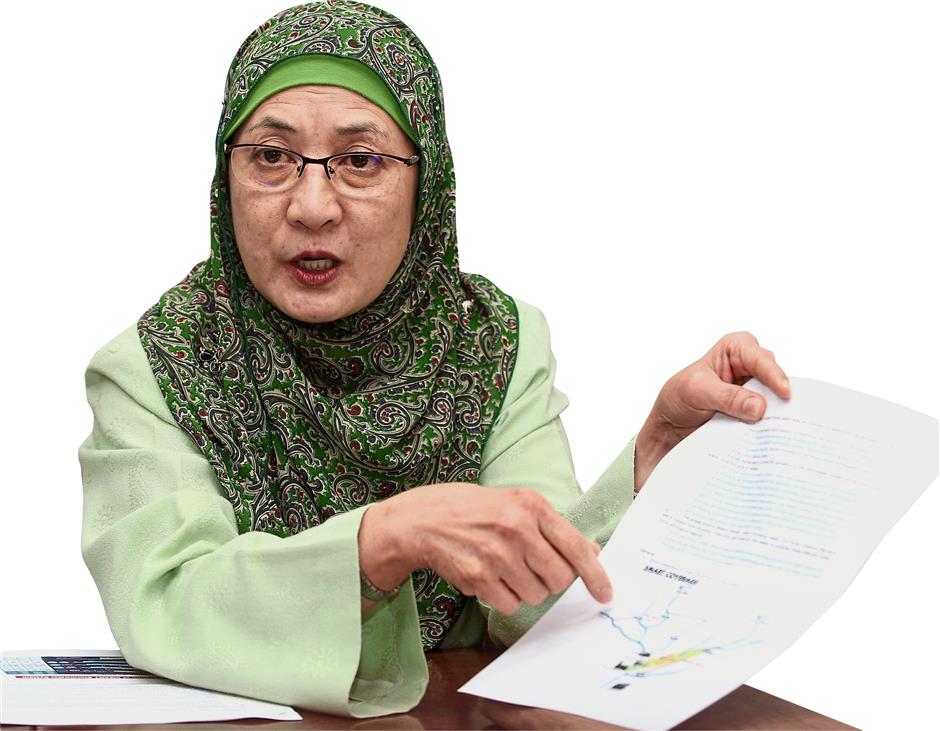 "We hope people will understand that the objective of SMART is to primarily address the flood issue." - Sharifah Alauyah

According to SMART Chief Operating Officer Sharifah Alauyah Wan Othman, they were fortunate that the rain subsided, otherwise the closure would have been longer.

“This would have disrupted the usage of the tunnel and created heavy traffic congestion if longer time was taken to reinstate the tunnel back to a motorway,” she said.

The closure of the tunnel is determined by four modes of operation, which in turn depend on the rate of the flow of water in the Klang River.

SMART remains open in Mode One when there is no flood water, or Mode Two when the system is activated to allow flood water into the lower channel of the motorway.

In Mode Two, you are technically “submerged” in water as the entire tunnel is filled with it even though you are not aware.

When flood levels rise like that June weekend, Mode Three operation is activated to close the tunnel and have the motorway on standby for the stormwater to be diverted into it.

Mode Four is initiated when excess flood water needs to be channelled into the traffic tunnel compartment – the lower and upper decks that enter and exit the city centre respectively. This last mode of operation is crucial as it takes up to three days of tunnel closure for the de-watering process, challenging cleaning works and testing of system, stressed Sharifah Alauyah.

The motorway tunnel is maintained based on an annual routine and a periodic maintenance programme. Once a month, it will be closed from 11pm to 6am for inspection and maintenance of various tunnel equipment to ensure the tunnel system functions as intended.

“We do rigorous maintenance of our tunnel system, especially the critical assets, the pump system and the flood and road gates, because we cannot afford to make a slip.

“This is to ensure that the stormwater diversion is done smoothly and the tunnel closure is not prolonged in the event of flood,” Sharifah Alauyah added.

A comprehensive Structural Integrity Test is done every five years to ensure the fitness of the structure by thoroughly checking inch-by-inch of the tunnel so nothing is compromised.

MMC Gamuda is the parent company of SMART. Aside from being the longest and biggest storm drain project in South-East Asia, SMART is still the only dual-purpose tunnel in the world.

The secondary purpose is to reduce traffic jams at certain roads in the city, especially during rush hour, but many tend to get upset when the tunnel is closed. Think of it as short-term pain for long-term gain because if the flood worsens, you will not even be able to make it to your appointments or that much-needed retail therapy in the city.

“We hope people will understand that the objective of SMART is to primarily address the flood issue.

“For the most part, the tunnel is in Mode One or Two, which is under control. Only when we have to close the tunnel do we need to inform the public.

“Most people think that we are not functioning as we are meant to be but we have been mitigating stormwater since 2007,” said Sharifah Alauyah.

Mode Two has been activated more than 200 times, while Mode Four incidents have occurred seven times.

She also emphasised that other areas like Middle Ring Road 2, Lembah Jaya Ampang and Dusun Tua Hulu Langat that are also affected by floods are not within the coverage of SMART.

“People have been asking us why we are not doing anything to mitigate floods in those areas but our catchment is only for the stormwater coming from Klang River and Ampang River.”

To provide safety and comfort for some 30,000 road users of the tunnel daily, SMART is constantly being upgraded and improved.

Among the improvements made was the conversion of tunnel lights to LED for a brighter environment, on top of the energy- and cost-saving benefits.

“Green lights have also been installed at every 250m where the exit doors are so people will know where to go should there be an emergency. The doors connect the lower and upper decks right up to the surface,” said SMART assistant general manager and head of toll operations and corporate communications Mohd Noor Mohd Ali.

SMART is in the midst of upgrading the communications system from 2G to 4G for better service and higher data speed, and this enhancement is expected to complete by the end of the month.

The rebroadcast system that allows drivers to now have a clear and seamless radio coverage when driving in the tunnel is also being upgraded from analogue to digital, he added.

“Another ongoing effort is the improvisation of our directional signage due to the massive developments and construction works around SMART.

“Drivers have complained of confusion with the ever-changing road directions and closures so we are always making sure our signage are up-to-date to provide the right direction to their destination,” Mohd Noor said.