Shaharuddin (left) speaking a motorist at the JPJ mobile counter set up at the PLUS Tapah RnR during the festive period. – Bernama

ANIMAL welfare groups and independent rescuers are finding it difficult to keep doing their thankless effort because of the high cost for veterinary care.

Even with special discounts from veterinary doctors contributing animal welfare, it is still expensive for the organisations.

Ipoh Society for the Prevention of Cruelty to Animals (ISPCA) president Ricky Soong said ISPCA spends close to RM60,000 annually on treatment and medication for animals at its shelter.

“There are about 100 dogs at our shelter. Most of the medical expenditure are spent on the older dogs.

“Every month, we have to pay about RM5,000 for various treatment and medications,” he told StarMetro.

“Some of the illnesses of the animals include skin diseases and ear infections. The medications also include vitamins,” he said.

“As we have a no-kill policy at our shelter, we will continue to spend money to take care of the animals until they die.

“If a vet suggests that a dog is too ill and has to be put to sleep, the euthanisation costs RM200,” he added. 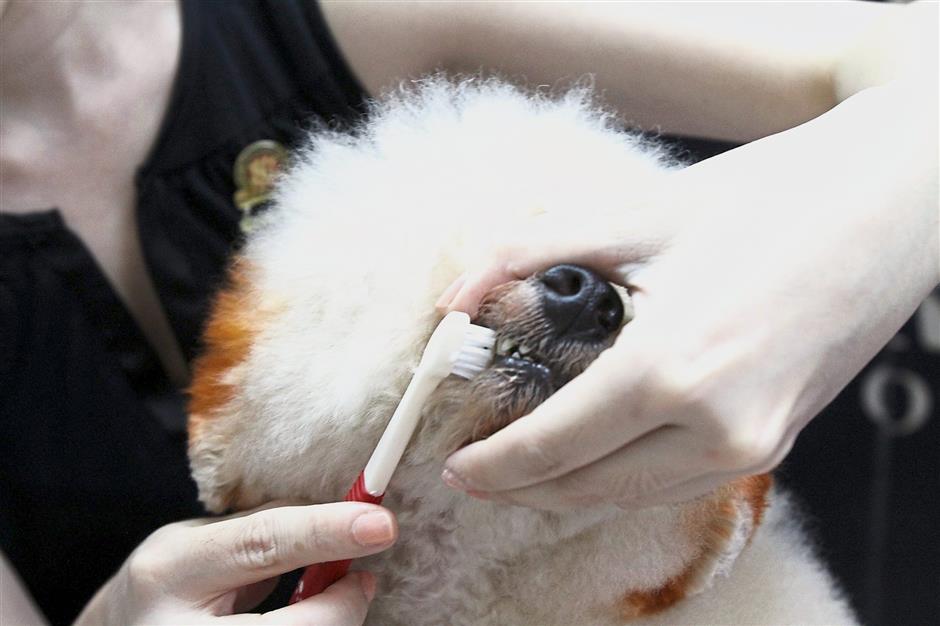 Dogs and cats can die if their gums and teeth are badly damaged or infected as it will hinder them from eating, resulting in them starving to death.

The Star recently reported that the cost of veterinary care is rising and varies depending on the vet.

The Department of Veterinary Services (DVS) also conceded that there is control mechanism for the cost of veterinary procedures.

Soong said, just recently, there was a news report about a dogcatcher being bitten by a dog infected with rabies in Kangar, Perlis.

“As precautionary measure, I had all the dogs in the shelter vaccinated, with each jab costing RM30.

“It is thanks to vets that we can even get the special price,” he said.

Soong also said that ISPCA sometimes provides funds to volunteers and independent feeders to neuter animals under their care.

“They too try to raise their own funds but they can’t get much and we try to help them.

“It used to cost about RM80 to neuter an anima,l but it costs about RM200 now, depending on the vet,” he said.

Soong said its Trap, Neuter, Release and Manage (TNRM) programme has now tagged about 1,000 dogs with microchips and provided them with collars. A veterinarian performing an operation on a cat.

“We hope the programme will continue to be a success so that there will be fewer strays to look after, thus lowering the cost to care for them.

“We hope to build a medical centre near our shelter to treat stray animals, but we are constantly facing financial constraints so the RM200,000 treatment centre has yet to be launched,” Soong said.

“Most of the money we raise is being used on more urgent issues.

“I am now hoping that there is an empty factory or shophouse that we can rent to set up the proposed treatment centre,” he said.

“I think this will be a quicker way to set up the centre,” he added.

He also felt that the Federal Government or the DVS needs to look into lowering the cost of treating animals.

“I think the government can buy the medications at a lower price,” he added.

“The prices may also have to do with the location of the clinic, but we feel that some sort of guidelines could be set up,” she said.

She said pet owners in Ipoh also face problems with after-hours services as most vets do not offer this.

“If one does comes out for emergency or house call it can get costly.The government can and should help the community and the NGOs by sponsoring part of the neutering programme,” she said.

“Their method of getting rid of strays is not working. They should work with NGOs and vets to reduce the stray population with neutering and hold education programmes for the public,” she added.

“It depends on how many rescue calls we get and how we help.

“We receive a lot of calls to rescue abandoned puppies and old dogs,” she said, adding that NAI gets about 10 emergency calls daily.

“Injured dogs are picked up and boarded as we do not have a dog shelter.

She added that NAI’s aim is to catch and neuter about 35 stray animals a month, and to send these to boarding homes.

“Simple medication for small injuries or vaccinations are relatively reasonable.

“The most expensive medication are the long-term ones for animals that are diagnosed with diabetes, kidney failure, heart and liver problems, venereal diseases, sporotrichosis (a fungal infection) and other illnesses,” she said.

“The medication used to treat some of these illnesses can be for life and will cost a lot in the long run,” she added.

She said the high cost for treatment is among the reasons why some people resort to abandoning their pets.

“When people cannot afford the cost of care, it becomes a burden to them.

“We are lucky to have two vets who give discounted rates for the treatment of strays. They charge a minimal price for medication, treatment and surgeries,” she said.

“We too struggle to make ends meet and we continuously hold fund raising efforts. We are grateful to our sponsors and donors who give generously towards our neutering programmes and rescues,” she said.

“The treatment for normal illnesses like flu or cough in dogs can cost up to RM200. This I can pay for on my own.

“However, there are other illnesses like tick fever, that can cost about RM1,000 to treat,” she said, adding that vaccination for the animals also cost her about RM1,000 annually.

“To fund treatments that cost above RM1,000, I hold a donation drive on social media to raise funds to pay for the expenses,” she added.

Chan said medical treatment of animals is getting expensive and it is fortunate that dog rescuers or feeders can get discounted rates from vets.

“The minimum consultation fee for vets is also about RM50. Some give us dog rescuers discounts of 50%.

“The rate for neutering a dog is about RM140. It could easily cost between RM200 and RM300 for normal pet owners,” she said.

“Still, it’s not cheap. I am also thankful for some non-governmental organisations are helping with some of the medical expenses like spaying,” she added.

Chan, who has been taking care of stray dogs since 2013, said pet lovers are more willing to spend on their “fur-kids” now.

“Awareness of what it takes to be a responsible owner is growing which is a good thing as it means they care more for their pets,” she said.