Free parking on weekends in Melaka, including tourist areas

normal day car through Jonker Walk Jonker Street, or Jalan Hang Jebat, is possibly the most famous road in Malacca, thanks to Jonker Walk which attracts hordes of tourists from all over the world.

Tey said the collection of parking fees at gazetted parking lots within the historic city centre on weekends would stop on June 15, the first day of Hari Raya.

Tey said the decision was made at a state exco meeting in line with Pakatan Harapan’s GE14 manifesto.

“We hope the move will draw more tourists to the state and put an end to the menace of touts collecting parking fees,” he said.

Previously, parking fees were collected within the city centre during weekends at the same weekday rate of between 40sen and 60sen per hour.

He said 14,115 parking bays under the Melaka Historical City Council’s (MBMB) jurisdiction will stop parking fee collection from this Friday. 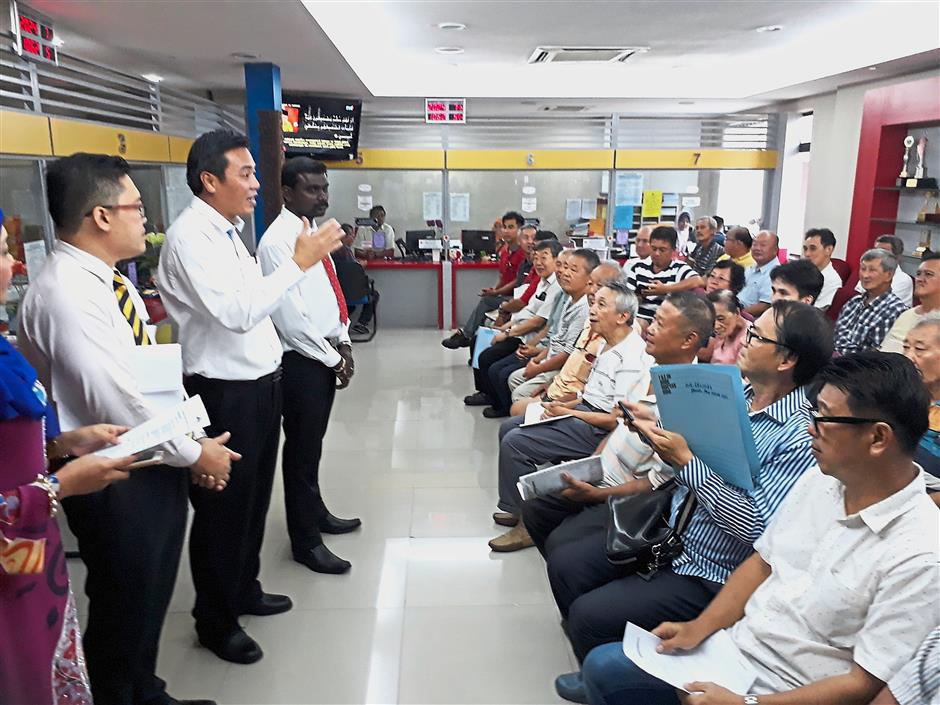 Tey (in middle) explaining the policy on 99 years leasehold land to owners at Alor Gajah Land and Mines office.

Tey also said parking hours during weekdays have also been changed from 9am to 5pm, compared to 8am to 6pm now.

“This parking fee exclusion is not applicable to private parking areas or the 12 privatised companies commissioned by MBMB such as the Melaka Sentral transitional market in Bachang, Tabung Haji Complex and Jalan Kota Museum,” he said.

The parking rates remain the same at 40 sen for half-an-hour, 60 sen for one hour and RM5 for full day parking.

The two types of payment method are via coupons or users can download and use the “Smart Parking Melaka” app via Android or IOS devices.

On another matter, Tey said a policy was in place to allow landowners to renew their 99-year leasehold much earlier, and not wait until the lease was near expiry date.

He said property owners are given three months to extend their lease by settling their premium based on the current market value of their properties.

He said this covers residential, commercial and plantation land in the state.

“The Land and Mines office is given six months to approve an application to extend the leasehold,” he said.

Tey said this at a meeting with 50 landowners at the Alor Gajah Land and Mines office to explain the details of the new policy for those with leasehold properties.

He said the decision to allow the extension on leasehold properties was in line with the Government’s move to allow Malay leasehold land to be converted to Malay Customary Land (MCL) with a nominal fee of RM1,000.

MCL is allowed under the Malacca Lands Customary Rights Ordinance of the Straits Settlements that was drawn up during the British administration from 1826 to 1957.

The extension of lease for leasehold properties is governed under Section 197 of the National Land Code (Act 56 of 1965).