THE contents of the parking contract between Kuala Lumpur City Hall (DBKL) and Yayasan Wilayah Persekutuan (YWP) is being scrutinised by Kepong MP Lim Lip Eng and his team to ensure it is in the best interest of the people.

Particular attention will be focussed on the clauses in the agreement which they claim have discrepancies.

This is following the first meeting between DBKL, YWP, parking contractor Vista Summerose (VS) and Lim’s representative, Sean Oon. Also present was Edmund Teoh, who is the special assistant to Seputeh MP Teresa Kok.

Among issues trashed out at the meeting included the division of revenue percentages involving DBKL, YWP and VS, and the issuing of compounds and wheel-clamping procedures.

Oon and Teoh also questioned why YWP should receive 5% of the parking revenue when daily operations were carried out by VS and not the foundation.

Oon pointed out that DBKL should approach VS directly instead of going through YWP as a middleman, since it was revealed that DBKL had identified the required specifications for an efficient parking management system. 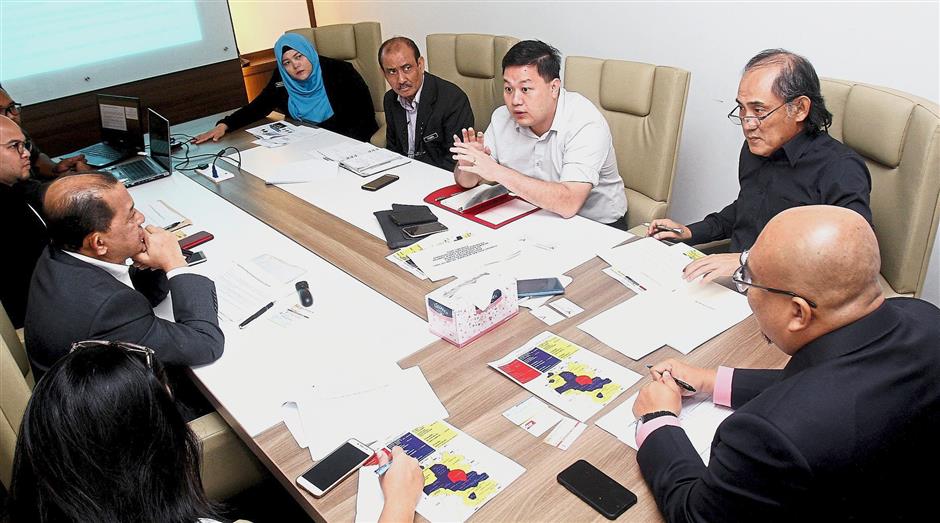 The first meeting to thrash out problems in the parking agreement between DBKL and YWP, was also attended by parking contractor VS

The two MPs’ representatives also expressed dissatisfaction that VS was allowed to pocket revenue obtained from clamping fees.

YWP chief executive officer Zaizalnizam Zainun said the percentage was agreed between the foundation and VS, adding that the revenue was important for the foundation to run its community programmes.

On the 65% takings, VS managing director Datuk Nik Haidi Nik Mohamad said this was because all capital and operating costs for managing some 40,000 parking bays under DBKL’s jurisdiction was fully borne by the parking operator, and it included clamping equipment.

Therefore, the 35% share received by DBKL was considered as net revenue, he added.

Nik Haidi revealed that VS landed the parking contract through YWP, as it was able to fulfil DBKL’s specifications for web-based parking management system to enable the public to pay their parking fees online as well as for enforcement to identify non-paying offenders from a real-time online control system.

On clamping procedures, Nik Haidi said about 1,000 cars were clamped daily, a quota that was set by the company. However, if the staff is unable to meet this figure, they will not be penalised nor will they be rewarded with monetary commissions if they do.