Klang candidates garner all the support they can before polling day

S. Marimuthu, 43, an Indian classical dancer thanking Ching, who wants to address matters on education and culture, among other things, in Klang.

CANDIDATES for the Klang parliamentary seat and its three state constituencies — Bandar Baru Klang, Pandamaran and Port Klang — are on a final blitz of reiterating their promises to the constituents.

Ching, who is Barisan's coordinator for Klang, said he would be addressing matters on education, religion, economy and culture.

“In a place like Klang, economy and culture are very crucial to the people,’’ he said, adding testimony to this is the many heritage sites in the royal town.

Ching said emphasising on culture could also help to improve the livelihood of marginalised communities.

“From personal experience, I have seen how mastering Indian classical dance can provide upward social and economic mobility for the Indian community,’’ said Ching. 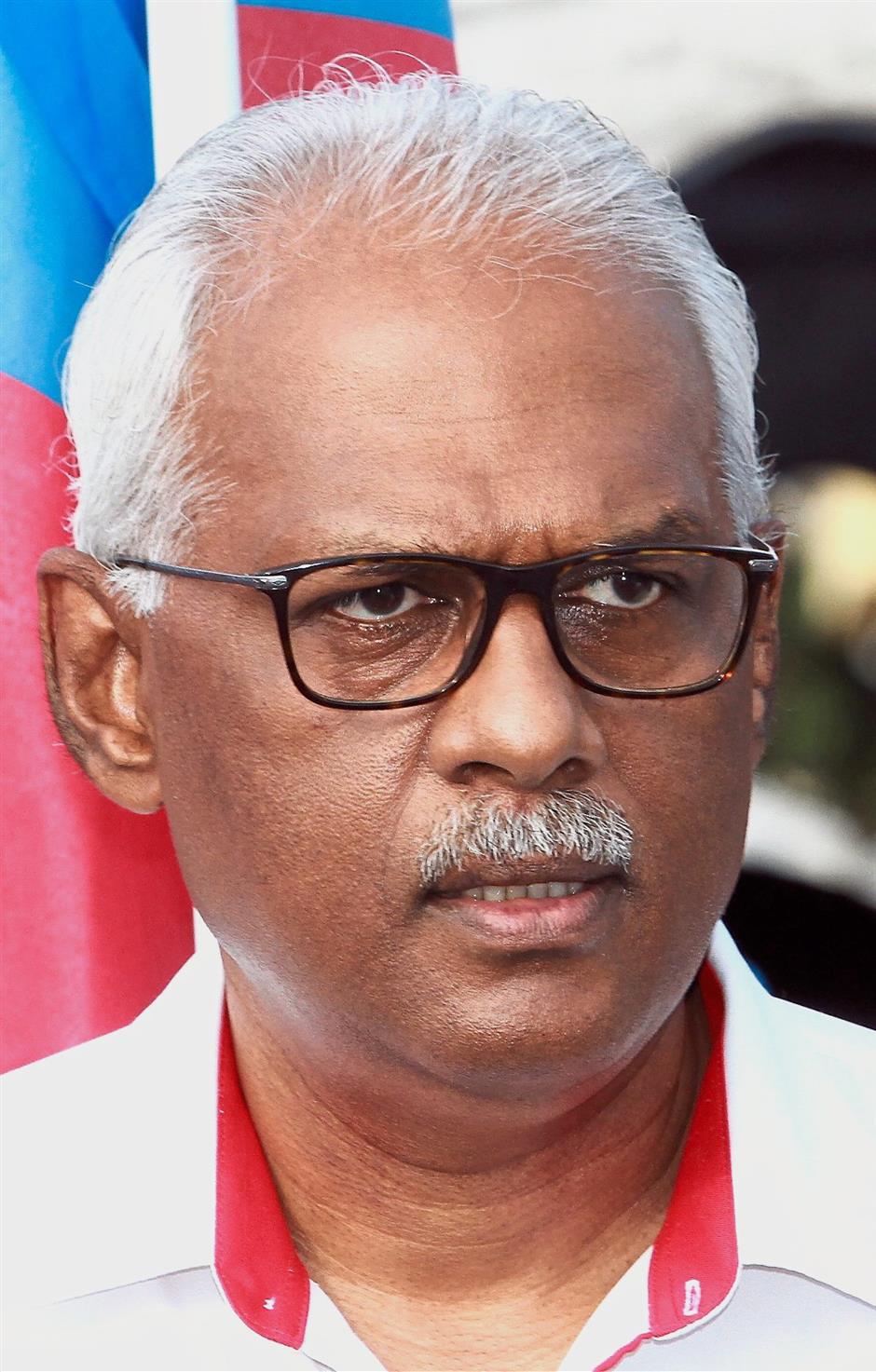 Incumbent MP Santiago seeks to set up a fund for cancer treatment.

He added that his plan for the Indian community in Klang was to set up an Indian classical dance academy which would also provide free training for children from impoverished families.

Meanwhile, on his campaign pledge, Santiago said he would push for more Federal Government allocation to the state Public Works Department (PWD) to go towards roadworks.

“What the Klang district PWD gets is insufficient to maintain the network of roads as well as various other infrastructure here,’’ said Santiago.

He added that he would seek to set up a national cancer treatment fund to help those inflicted with the dreaded disease to pay for treatment.

“A lot of people with cancer end up becoming broke because of the expensive treatment.

“If we have such a fund, they can receive the help they rightfully deserve,’’ said Santiago.

Puvananderan, on the other hand, said his reason for contesting was to give the people of Klang an opportunity to vote someone who was born and raised there.

“Most of the Klang elected representatives have been outsiders.

“I am from here and I want to offer myself to serve the people of Klang,’’ he added.

As for Khairul, who was formerly with PKR, his main aim is to bring infrastructure development to Klang.

“The roads in Klang are very bad with potholes all over the place. 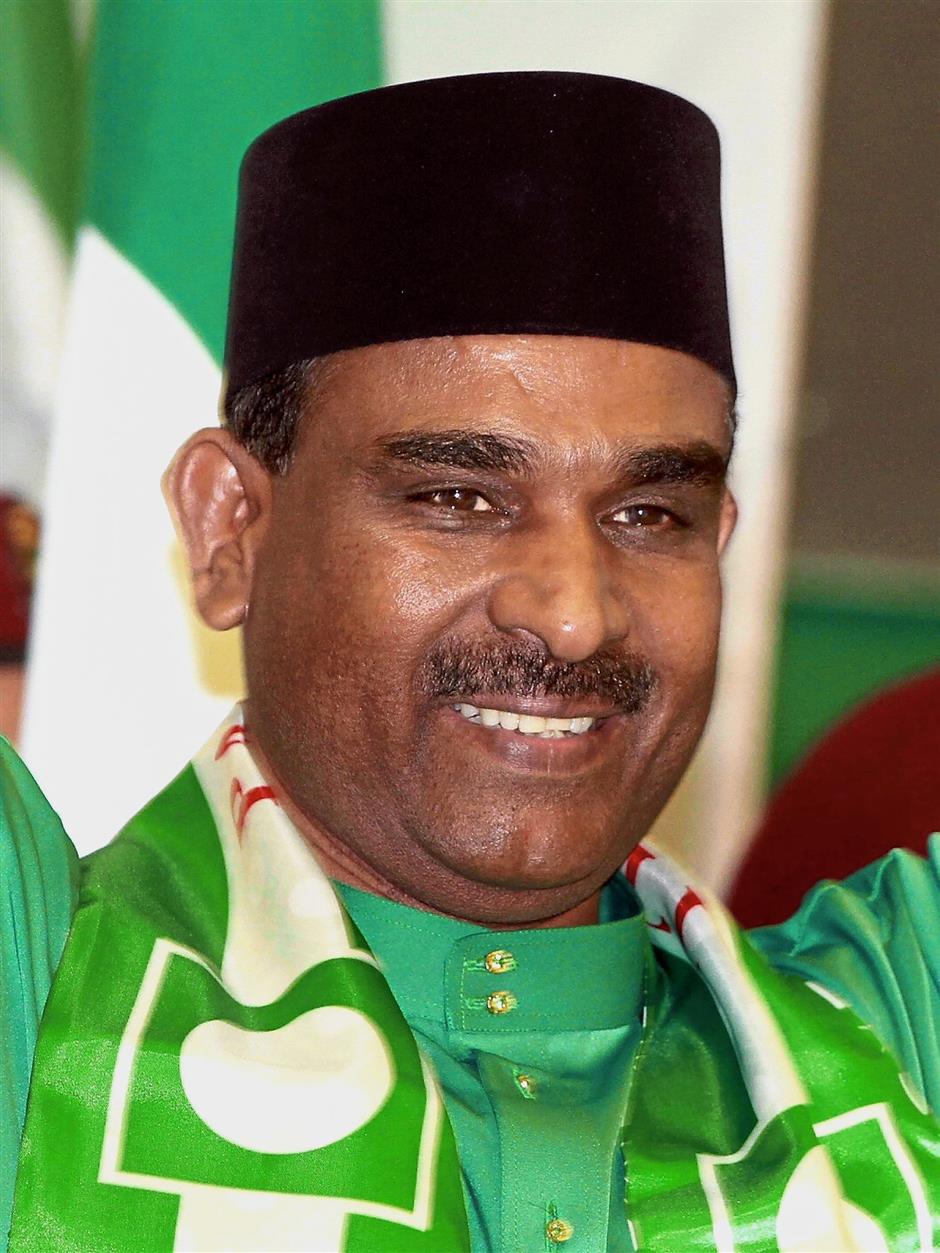 “Since I am in PAS, it is our party strategy to align ourselves with the coalition which wins and that way I can assure that I would be able to get sufficient allocations to develop Klang regardless of whether it is Barisan or Pakatan that wins,’’ said Khairul.

Teng, who is a five-term assemblyman, said he presented a “report card” to his constituents on his performance in the last five years.

“I am also promoting Selangor’s comprehensive welfare programme, the economic development over the last 10 years as well as the reform of the legislature under the Pakatan Rakyat government,’’ said Teng.

“Klang is ‘too old’ for young people to remain here and make it their home.

“I will change all that,’’ said Teoh, 39, who said the first thing he would do if elected was to build a community centre for the people.

Besides being a platform for residents to hold recreational activities, the hall would also serve as venue for self-help and economic programmes, he added.

Over in Pandamaran, it is a three-cornered fight involving Barisan’s Tee Hooi Ling, Pakatan’s Leong Tuck Chee (Tony Leong) and Parti Ikatan Bangsa Malaysia’s Santokh Singh who is contesting under the PAS banner.

Tee, who was born and brought up in Pandamaran, said she was concerned about the new electoral boundaries which have included a large part of the former Kota Alam Shah into the state constituency.

“I have been going to these new places, introducing myself as well as telling them the positive change Barisan can provide them if they vote for me,’’ said Tee.

Leong said he would first tackle the flood issue in Klang especially in areas in this state constituency.

“Many people came up to me saying that there is a flooding problem in their area.

“But I managed to settle many of flooding areas in 2017 by widening drainage and putting up retention ponds,’’ said Leong, who was a Klang Municipal councillor before contesting.

Incidentally, Tee’s brother and her opponent Leong are married to sisters.

In Pandamaran, Barisan’s Datuk Sheikh Rajesh Sheikh Ahmad and Pakatan’s Azmizam Zaman Huri are busy rushing to all the Malay majority areas to woo the people.

Besides Sheikh Rajesh and Azmizam, a third contender eyeing the state seat is PSM’s Shanmugasundram Veerapan.

The lorry driver said many parts of the constituency were in a mess.

“There are potholes all over the place and there was even a death near Telok Gong when the front wheel of a motorcycle got caught in one of the potholes,’’ he said.

Shanmugasundram added that the dengue menace was also bad in the constituency, with people from low-cost residential areas being infected.

“The drains are more often clogged and not much is being done to clear them up,’’ he said, adding that his hope was to return Port Klang to its past glory.

The fourth candidate fighting for the Port Klang seat is PAS’ Khalid Nayan, who is a religious teacher.