Stand together to stop bullies 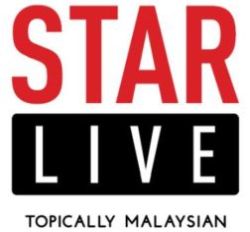 WHILE it may be impossible to rid the world of bullying, understanding it may help us to counter this social issue and create a safer space for children.

Renowned content creator Arwind Kumar believes that a zero-bully atmosphere is realistically unachievable, but he nevertheless wishes to spread the message that kindness goes a long way in helping bully victims.

Arwind will be sharing his experiences and message this Saturday at a StarLIVE talk titled “Understanding the Science Behind Bullying and How to Counter It”, from 10am to noon at Petrosains, The Discovery Centre, Suria KLCC.

This talk is part of the #StandTogether bullying prevention campaign jointly organised by R.AGE and SP Setia with the aim of creating an annual National Kindness Week in schools every first week of April.

Arwind will be joined by two other speakers – renowned Malaysian crime analyst Kamal Affandi Hashim and International Medical University (IMU) psychologist Alexius Cheang, who will each approach the topic from different angles.

“You cannot take away the darkness from the world, but you can create an atmosphere for them to stand up for themselves,” said Arwind, who has nearly 350,000 followers on Facebook. Arwind will speak about being bullied in school, and later, in cyberspace.

Known for his comedy roasts through his “Mak Cik Roast-mah” persona, Arwind experienced vicious bullying in school over his flamboyant personality and tendency to hang out with mostly female friends.

At the time, no one stood up for him out of fear of retaliation from the bullies. Even the teachers at his all-boys secondary school did not dare to intervene, as some had had their cars vandalised by students in the past.

“I honestly did not know how to cope at the time, but I told myself that someday it will end,” he said, adding that the experience made him a stronger person.

Arwind also found himself subjected to cyberbullying when he made and uploaded his first videos for fun, but reading just one kind comment amid all the negativity was what kept him going.

“That one nice comment overshadowed all the negative comments and it made me feel good to know that I made someone’s day,” he added.

The second speaker, Kamal, will approach the topic using his years of experience in crime investigation and criminology to analyse what goes on in the mind of a bully.

A former crime investigator with the police and Asia’s first crime analyst with a criminology background, he is an exco member of the Malaysian Crime Prevention Foundation (MCPF) who regularly appears on television for his expertise.

His segment will touch on how bullies choose their targets and what empowers them to continue bullying.

“Many victims do not want to lodge reports because they would appear to be weak, but this is what gives the bully confidence to do it again,” he said.

“In a way, this allows the perpetrator to believe that they are allowed to do so. Your assailant will get stronger through you not reporting.” Kamal will delve into the mind of bullies.

Kamal will also touch on more concrete solutions to curbing bullying culture such as what can be done in terms of the law.

Lastly, Cheang will be looking at the dynamics between the three elements involved in bullying: the bully, the victim and the bystander.

He believes that the bystander is the one component that is often overlooked, and yet it is the most important component in changing the dynamics of bullying.

“The bully gains his social power from getting away with bullying,” he said, adding that bystanders often do not speak up out of fear of retaliation or uncertainty on how to act.

“However, bystanders outnumber both the victim and the bully. The mass can take social power away from the bully, whose biggest fear is to be embarrassed.”

Cheang will also use his interest in the applications of positive psychology to talk about empowering victims by building their self-esteem and confidence.

Rather than let a bullying incident define them, he said that we should be helping bully victims to develop hidden talents or skills that they could receive recognition for.

To achieve this, he said it was crucial for parents to encourage children to explore inklings of talent and help to develop them in a safe and respectful environment.

Admission to the StarLIVE talk is free, but limited on a first-come, first-served basis.

There will be refreshments and goodie bags for all guests, with specially curated items for audience members aged 17 and below.