Introduce e-sports in schools? Parents not so sure

Do kids already spend too much time staring at the screen everyday? Parents sure seem to think so.

EVEN with the rise in the popularity of e-sports in Malaysia and around the world, it is still difficult for parents to shake off the negative connotations of gaming.

Several e-sports academies have now been established in the country, testament to how much ground video gaming is gaining locally.

Competitive video gaming is even being pushed forward to be included as an Olympic sport by China’s biggest e-commerce company.

However, all these developments have done little to changethe minds of most parents in Ipoh.

Those interviewed by MetroPerak are saying that they do not agree with the proposal by an education official for eSports to be introduced as part of a new syllabus or co-curricular activity in schools.

Marine engineer Fauzi Marjonet, 50, said he is worried students will shift their entire focus towards excelling in e-sports and neglect their studies. 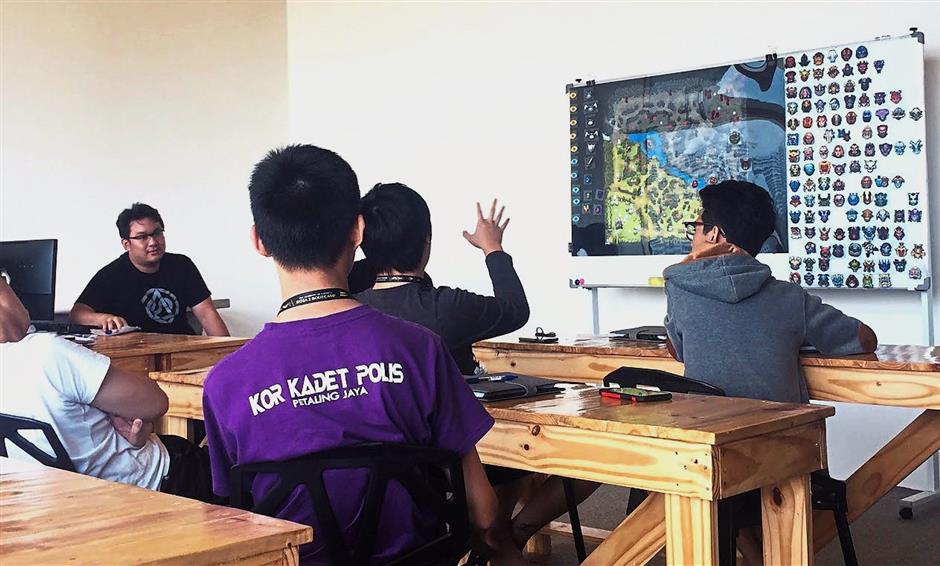 Iskandar Investment Bhd has launched its Academy of Esports in Iskandar Puteri, the first fullfledged e-sports academy in Malaysia.

“I feel that way when I look at my own kids and see how they love playing games on their handphones.

“Even now, they play games every day at every chance they get after school and before sleep,” he told MetroPerak.

The father of four children aged 15 to 22, said fortunately, their grades have not suffered thanks to constant supervision.

“If indeed e-sports is introduced, both parents and teachers will have equally important roles to play to ensure that our students don’t become addicted or obsessed with games,” he said.

Kamalanathan was responding to queries regarding Indonesia’s introduction of e-sports as a subject in a high schools in Jakarta, where scholarships are even being offered to students pursuing esports careers. Fauzi said he thinks the plan might be feasible if done for the early school years.

“If we introduce this to children studying in Standard One to Three, it might still be okay because at that young age, they are easier to discipline.

“In secondary schools it would be harder, especially when students have important exams to study for such as PT3 and SPM,” he said.

Corporate communications manager Chin Kean Seng, 41, said he is worried that excessive video gaming could strain his son’s eyesight in the long run.

“Currently, he already likes asking for the iPad from me to watch videos or to play games.

“I wouldn’t want him to spoil his eyesight at a young age,” Chin said. 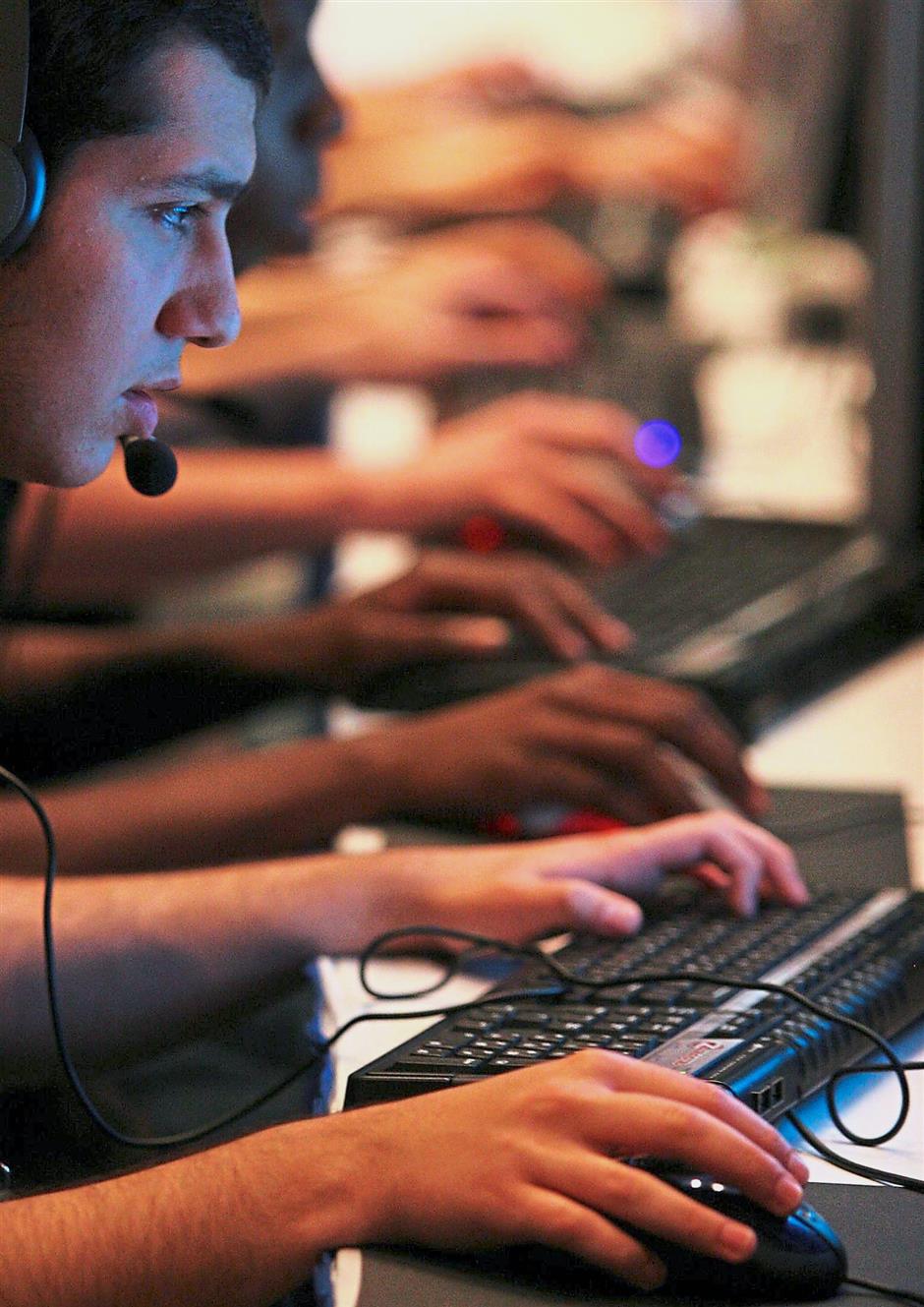 A file image of competitors in gaming tournaments during the World Cyber Games in Singapore in 2005. More than 700 computer game enthusiasts from 67 countries competed in 1,000 matches for a share of US$435,000 in prize money. – Reuters

The father of one, aged seven, said while he acknowledges that playing video games does help in improving hand-eye coordination and reaction time, the introduction of e-sports must be done moderately, if at all.

“It would be strange if parents aren’t worried about issues like addiction and poor academic performance.

“Maybe if they allowed time for gaming of around one to two hours in school, it might be more acceptable.

“We still have to wait and see how the ministry plans to go forward with the suggestion,” he said.

Asked if he would accept the idea of his son pursuing e-sports as a career, Chin said he would disapprove.

“Playing professionally to earn money is another thing altogether. Not everyone will be skilled enough to do it.

“I wouldn’t feel it is a safe choice for my son now, but things might change in the future,” he said.

Homemaker Azeera Aliah, 27, said she does not like the idea of exposing her son to electronic devices at a young age.

“I see parents using their phones and tablets as a way to pacify their children, but to me, I think the children are becoming lost in their own world.

“They aren’t alert to their surroundings. I’ve seen many kids like that when they play with smartphones in playgrounds,” she said. 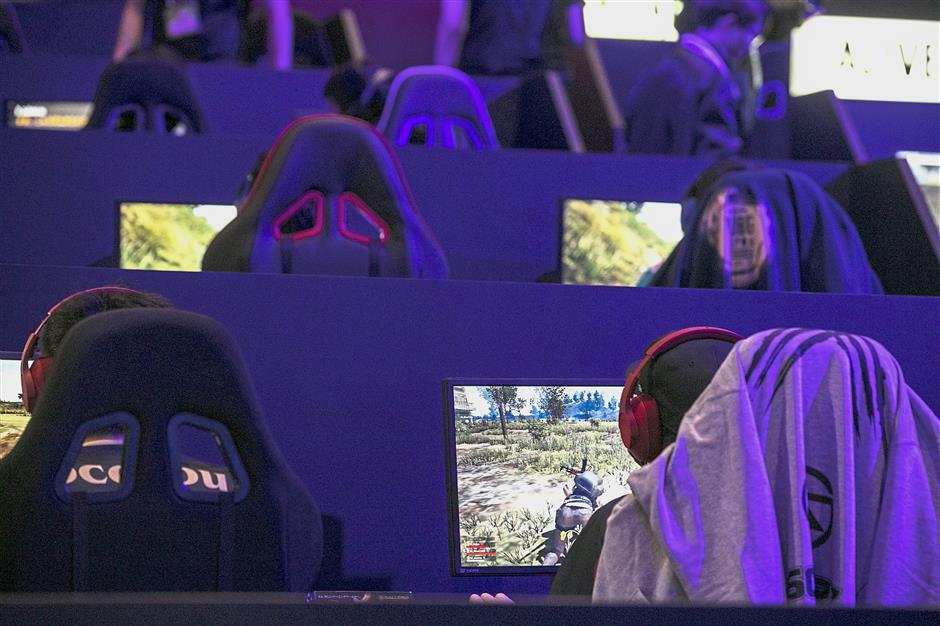 Participants playing in an e-sports competition in Chiba, Japan, in February. Hundreds of players faced off in the two-day competition for more than US$300,000 (RM1.2mil) in prizes. – Bloomberg

Azeera, who has a one-year-old son, said she hopes that if e-sports are to be introduced, the Education Ministry will hold dialogues with parents and teachers beforehand.

“There is much to discuss and I hope there will be a win-win solution for this.

“For now, I just don’t like the idea of letting my kid play computer games in school.

“It should be an activity meant for after-school hours,” she said.

Likewise with homemaker Sally Ng. The 45-year-old said she is against the idea of making e-sports part of the school syllabus.

“My kids love playing video games and I do my best to control them so that they are still able to focus on their studies.

“If they are allowed to play video games in schools, then what would stop them from using it as an excuse to wanting to play more at home?

“I don’t see it being a great idea at this point. Studies are more important,” said the mother of two, aged 10 and 14. 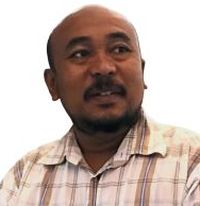 “I love playing video games myself and I think that Asian parents still have this traditional mindset that video games are bad.

“I have been playing video games for around 10 years now as a hobby, I turned out fine,” he said with a chuckle.

Benjamin said video games are not something meant for youngsters only and it is a passion shared by many adults.

“In this digitally advanced era, anything is possible. It’s time to break away from the old thinking that to be successful you must study hard and work as a doctor, lawyer or engineer, and that playing video games are just negative distractions along the way,” he said.

Benjamin said having e-sports in schools could be a way of changing mindsets.

“It would also help develop certain skills like coordination and strategising in children,” he said.