The group of Death Railway survivors and their kin at the Myanmar border during a recent trip to retrace the railway line.

RETRACING his steps to working on the infamous Thai-Burma “Death Railway”, survivor V. Ponnampalam said nothing good came out of it.

Barely holding back his emotions, the 84-year-old said the railway track project only brought pain and suffering to the thousands of prisoners of war and civilians who were forced to build it between 1943 and 1945.

During World War II, the Japanese commissioned the 415km Thai-Burma Railway to transport supplies by land.

“More than 100,000 men died during the railway’s construction which comprised prisoners of war and Asian labourers.

“Even then, there was little acknowledgment given to Asians, much less those from then Malaya, although they formed 80% of the workforce,” he said, adding that many died from back-breaking labour, poor conditions and ill treatment by the Japanese.

Ponnampalam was only eight years old when he and his father were taken by the Japanese from their home in Batang Berjuntai, Selangor, to work on the train line.

Although he and his father were several of the lucky ones who made it back home, the experience is one that he is unable to forget.

“One of the biggest causes of death was diarrhoea. Most died from it because there was no clean water or medicine.

“My father also suffered from diarrhoea, but I brought him food and boiled water, so he survived.

“Every day people died and their bodies were discarded into mass graves or thrown into the river,” he said.

In February, Ponnampalam, with a group of other survivors and their kin, travelled about 3,400km to the Myanmar border, some 75 years after he last made the harrowing journey.

The group of 18 started their journey at the Kuala Lumpur railway station where they headed to Padang Besar, Perlis, before continuing their journey to the western Thailand town of Kanchanaburi, a key railway terminus and site of the infamous bridge over the River Kwai.

Another survivor, K. Arumugam, 91, believed it was his own initiative that saved his life when he acted as interpreter for the Japanese after having picked up the language when they invaded Malaya.

Only 15 years old when he was sent to work on the railway, Arumugam said he acted as intermediary between the Japanese and the workers.

“Most could not understand what they were saying and would be beaten for not following instructions,” said Arumugam, whose brother was among those who perished.

Death Railway Interest Group chairman P. Chandrasegar said they would continue to champion for recognition for the Asian workers of the railway line.

“They deserve a place in the national history books and a monument to be built in their name.

“The responsibility rests with our generation to chronicle as much as possible about the railway and the people who worked on it,” he said.

Chandrasegar, whose late father worked on the line as a locomotive assistant, said apathy and indifference was the biggest challenge faced by the group.

“If our own people and government do not place importance on this vital chapter in our history, then all this will be lost,” he said. 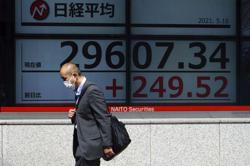