THE overall economy for Penang in the Year of the Earth Dog will be good.

The Tua Pek Kong (God of Prosperity) made the forecast during the annual Chneah Hoay (flame-watching) ceremony at Hai Choo Soo Temple in Tanjung Tokong.

The ritual began at 11.51pm on Thursday after the tide covered the biggest boulder at the bay fronting the temple.

The temple’s lights were switched off and oil lamps and candles snuffed out to enable Poh Hock Seah Temple committee members to scrutinise the flames.

Then cymbals clashed and embers in the deity’s urn were kindled.

The first flame was successfully ignited at 12.11am yesterday, followed by the second one at 12.28am and the last flame at 12.29am. Devotees offering prayers to the Tua Pek Kong before ‘listening’ to the deity’s forecast of the state’s economy.

The prediction is based on the intensity of the three flames with each flame representing a four-month cycle.

The strength of the flames was divided into three levels — good, average and fair.

Poh Hock Seah Temple honorary secretary Lim Hooi Kooi said the first flame for the first four-month cycle was very good as the flame was as high as the urn.

“The urn is about four feet high, so for the flame to reach the top is great, it even burnt the decorations around the urn.

“The second flame was average, while the third one was fair.

“This predicts that the economy during the last four-month cycle will not be as great, but compared to last year, the prediction shows this year will be a better year economically for Penang. 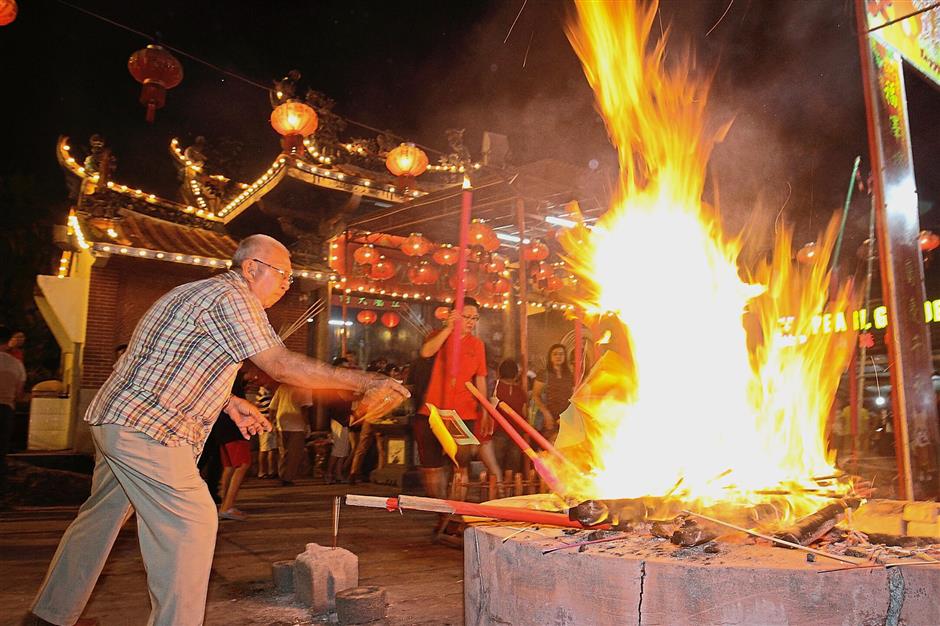 An elderly devotee burning prayer paraphernalia at the temple compound.

“Last year, all three flames were average,” he said during a press conference after the prediction at the temple yesterday.

“This year, the first cycle began from mid-February and will end mid-June.

The Tua Pek Kong (God of Prosperity) is brought from the Poh Hock Seah Tua Pek Kong Temple in Lebuh Armenian to the Hai Choo Soo Temple in Tanjung Tokong each year for the ceremony and returns the next day. 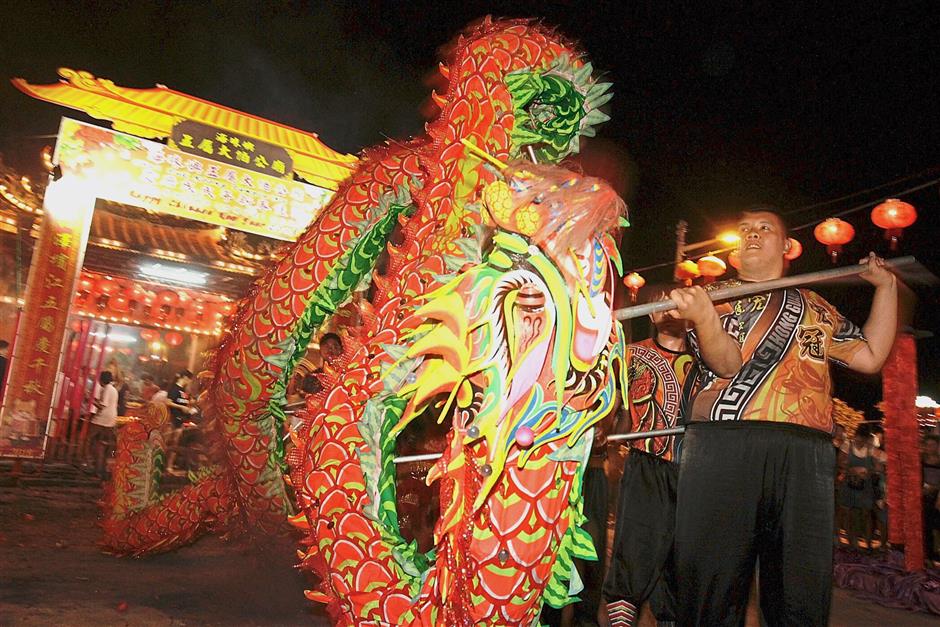 Earlier, thousands of devotees thronged the temple for prayers.

A lion dance on stilts, dragon dance, traditional drum preformance and a fireworks display added cheer to the event.

The God of Prosperity is said to be able to forecast the state’s economy for the year via flames from the burning joss sticks.