ON THIS Federal Territories Day, Kuala Lumpur mayor Tan Sri Mohd Amin Nordin Abd Aziz (pic) wants city folk to be ready for the not-so-distant future of a federal capital that is an even bigger melting pot with a multitude of ethnicities, including foreigners coming here in pursuit of their dreams, and sky-high towers dominating the skyline more than ever.

With the ongoing trend of people migrating from other states into Kuala Lumpur, the need for housing – particularly affordable housing – is not only pressing but also growing. 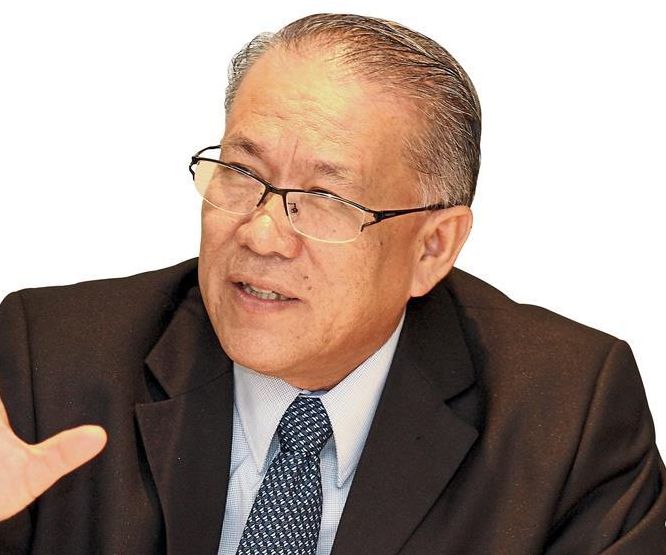 “Kuala Lumpur is a migration destination. Everyone wants to come here to live and work. We cannot stop people from coming nor can we stop the population growth.

“People have to accept change and do away with the mentality of ‘no development’ ‘not in my backyard, ‘no high density’, because one day Kuala Lumpur will become like Shenzhen, New York, Hong Kong and Jakarta where tall buildings are chock-a-block everywhere.

Amin Nordin wants denizens to accept the fact that land in Kuala Lumpur is scarce and every liveable space will begin to shrink further as the population continues to increase, so Kuala Lumpur City Hall (DBKL) has to look upwards in order to build homes for its future residents.

“Our population is 1.8 million now and if we reach three million in the next 20 years, all open space will be residential. Going vertical is the fastest and most practical way to ensure everyone has a roof over their head,” he told StarMetro.

Helping the poor own homes

Speaking frankly, Amin Nordin remarked that houses were no longer affordable today. “The only way to build affordable homes is to subsidise the cost by entering into joint-venture agreement with developers,” he explained.

“We have to negotiate with developers to build homes at a subsidised cost for the poor and while we do not pay a single sen for it, the only way to get them to build houses for the poor is to either allow them some leeway in density and plot ratios or allow them to develop our lands for the benefit of the people,” he said.

The mayor cited as example several notable projects in the city – Razak Mansion and Sri Labuan –where urban regeneration projects are ongoing and where houses are being rebuilt for poor residents at subsidised prices. 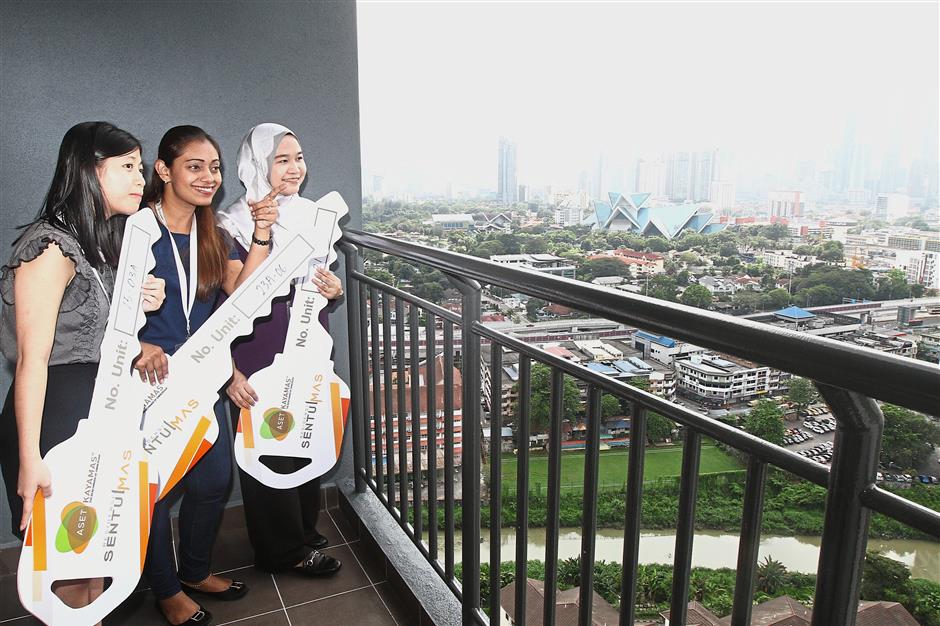 New homeowners (from left) Elaine Lim, Reshvinder Kaur and Nurhadzlin Hamden, after being presented with mock keys, checking out the view that awaits them when they move in to their Sentulmas Rumawip units. — Filepic

“Bear in mind the Razak Mansion is on DBKL land and we did not make money from that. The developer absorbed the cost of construction in return for developing the land.

“We gain nothing and that is the only way to ensure that the poor gets to own their own homes,” he emphasised.

In the case of Taman Rimba Kiara, he said that former Bukit Kiara Estate residents would be able to own homes at great discounts, but the developer must be allowed to develop the land,” he added.

“People have to stop driving into the city centre, they must use public transportation as much as they can.

“Malaysia has one of the highest ownership of cars. One household has up to five cars, that is too many. Start using the MRT, LRT and other rail services,” he urged the public.

When asked to list down Kuala Lumpur’s accomplishments, Amin Nordin said: “Rumawip of course. It is our pride and joy.”

“We are almost touching 50,000 by the end of last year. Some projects are under construction and some are in the process of being approved,” he said.

As of last month, the Rumawip programme has achieved 89.44% of the targeted units offering a total of 71,554 units in Kuala Lumpur and Putrajaya.

The mayor reiterated that building affordable housing was made possible through joint ventures with developers.

“Companies who want to develop a piece of land, irrespective of whether it is government or private land, must allocate a certain percentage of it to building affordable homes. Everyone is subjected to this rule,” he said.

“Thanks to this ruling, many ordinary folk from the lower-income bracket and civil servants are able to buy units.

“Our projects in Sentul, Kampung Pandan and Danau Kota are sold out and this shows there is a need for affordable homes. The units are 800sq ft to 900sq ft each, priced under RM200,000,” he said.

When asked if he had a Federal Territories Day message for city folk, the mayor said:

“I have visited various countries in the world. Having seen the facilities in other cities, I can proudly say that we are far ahead with our infrastructure.

“We have great amenities, good hospitals, good roads, good schools and parking facilities, yet we have residents who are not appreciative of these facilities.

“Issues such as vandalism, not parking at designated spots, uncivilised behaviours like throwing rubbish everywhere and from upper floors continue to be a problem for us. It makes us look bad and this must change; I hope that it will,” he said.

Much ado to mark FT Day