THERE was utter chaos in Klang yesterday morning when several roads and low-lying areas were inundated by floodwaters caused by an early morning downpour coupled with tidal waves.

The Fire and Rescue Department received its first call before 5am and deployed firemen to the affected areas almost immediately. Motorists inching their way through the flood waters in Klang.

The worst hit areas were Bandar Bukit Raja and Taman Rashna where water rose to 1m.

“There was also a distress call from a lorry that had stalled in the floodwaters in front of Aeon Bukit Raja,” Mohd Sani said.

Firemen freed the lorry driver and his assistant, who were both trapped in the vehicle, in the 5am rescue.

Mohd Sani said the water level at these locations was between 100mm to 200mm. Traffic police personnel were deployed to manage traffic flow as well as to close some roads.

He added that Taman Maznah in Klang was also badly hit by floodwaters, which stood at 300mm to 600mm after the water level rose in Sungai Teluk Menegun.

Another area covered in 300mm to 600mm of water was Taman Klang Utama, which was hit by floods after an overflow of Sungai Batu 4 in Kapar.

Water in the flooded areas started to recede very quickly and most of the areas were almost completely dry by 1pm, when the weather turned hot and sunny.

Earlier in the day, roads were also closed, causing a traffic snarl with many people not able to make it to work on time.

Many road users on their way out of Klang early in the morning were stranded in massive traffic congestion due to the road closures.

Selangor traffic chief Supt Kamaludin Mohamad said the roads that were closed were Jalan Sungai Rasau, KM3.5 of the Shahpadu Highway towards Shah Alam, Jalan Rajawali and the stretch from the Sungai Rasau toll plaza to the Shahpadu traffic light.

According to Mohd Sani, other areas that were flooded were locations around Kampung Seri Sentosa in Ijok, Kuala Selangor, where water rose to 600mm to 700mm.

The situation was quickly brought under control with no evacuations carried out.

However, due to the early morning mishap, Klang probably has the most number of absentees from work as many people turned back and returned home as roads leading out of Klang were inundated, congested or closed. 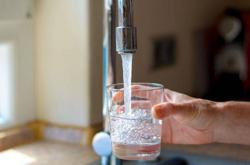