ISKANDAR PUTERI: People are taking the easy way out to get rid of their unwanted and old household items by dumping them into Sungai Skudai, said Johor health, environment, education and information committee chairman Datuk Ayub Rahmat.

He said the river was filled with rubbish and even broken sofas, beds, unwanted refrigerators, televisions and even washing machines.

He said cleaning up Sungai Skudai required massive efforts from the relevant authorities, adding that although cleaning exercises had been carried out, the rubbish kept accumulating.

“Between 35 and 50 tonnes of rubbish was cleared from the river, and we are spending millions of ringgit in taxpayers money on this task,” said Ayub.

Apart from Sungai Skudai, he said other rivers in Johor had also become a dumping ground for some irresponsible people.

Ayub said the selfish act was one of the reasons why rivers and waterways were clogged with rubbish, leading to flash floods whenever there was a downpour.

“When flash floods occur, the authorities are always blamed for failing to clean up the rivers or waterways but the real culprits are those who dirty our rivers with their rubbish.

“They must realise the consequences of their actions on the public. When flash floods occur, everyone is affected.

“Some who dump their unwanted items into the river are aware of the consequences but choose to ignore them and just carry on,” he said.

Ayub urged residents, food operators and construction companies to refrain from throwing rubbish into the rivers or monsoon drains, and to discard their waste properly at designated dumping sites.

Meanwhile, on another matter, he said starting from January 1 next year, only food caterers who used biodegradable food and drink containers would be engaged to serve at state government functions as they want to set a good example.

He said this would begin with food operators taking part in the Johor Berkemajuan Expo 2017 to be held at Dataran Mahkota here next month. 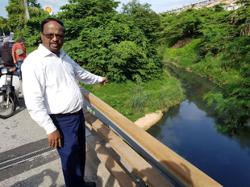 Negri probing the dumping of used engine oil into river 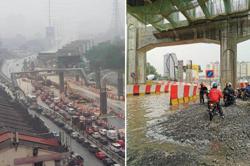