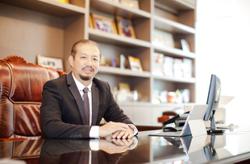 UWC Holdings senior sales manager Eric Lim with some the immobilisers that the company makes. The devices are used to help patients with limb injuries.

WITH the Malaysian medical device market projected to hit USD2.8bil (RM9.9bil) by 2018, UWC Holdings Sdn Bhd, a specialist manufacturer of precision components and electro-mechanical parts, is investing RM100mil for a new plant in Seberang Prai to focus on manufacturing medical devices.

According to Espicom, a UK-based research company, the local medical device market is expected to grow at a 16.1% compounded annual growth rate from USD1.35bil to USD2.8bil in 2018, driven by consumables and dental products.

The manufacturing facility will employ 200 workers once it is ready to start operations.

Ng says there will be 30 to 40 vacancies for engineers. 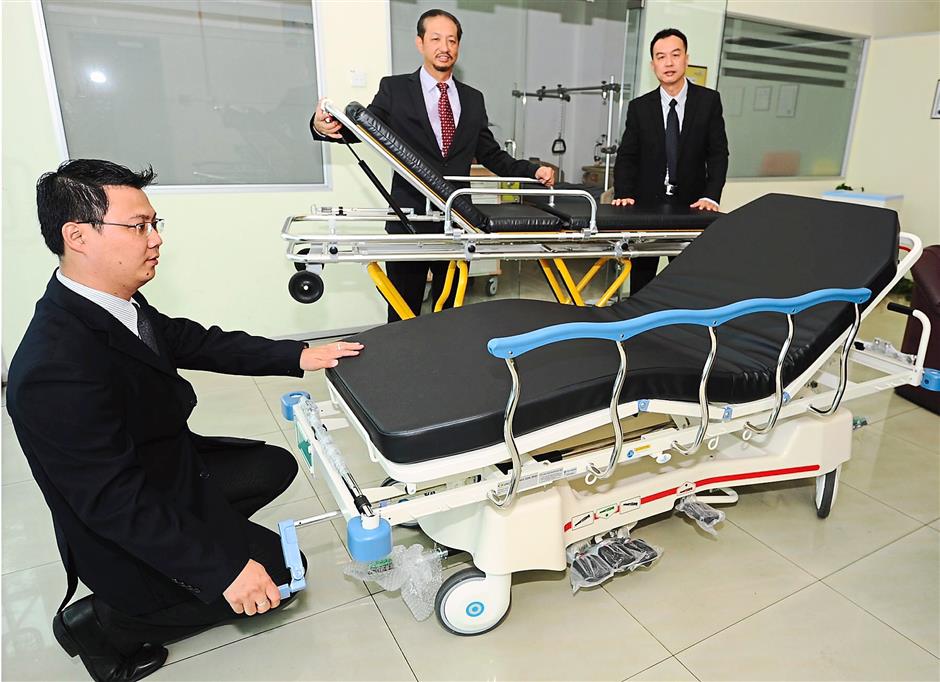 For patients: Ng (centre) showing some of the patient beds and stretcher trolleys under the company’s growing medical-devices business segment.


“Two of the company’s new categories of medical equipment — dental chairs and digital X-ray detector — will be produced at the new plant, which will be ready for operations in early 2016.”

The dental chairs will be produced for a Finnish customer under its brand name, while the digital X-ray detector will be co-developed with a US partner under the UWC brand name.

“Both the dental chairs and the digital X-ray detectors are for the Malaysian market,” Ng says.

“We are looking at producing 200 to 300 units of dental chairs a year and 30 units of digital X-ray detectors annually,” he says, adding that UWC is targeting RM180mil in revenue this year, up from RM150mil last year.

The company’s lifters used for lifting and moving patients, diffusion pumps used to create a vacuum environment in medical research laboratories, and humidifiers are among its top-selling products and will drive the company’s growth this year. Top-selling product: Work being done on a diffusion pump at the company’s production line in Bukit Minyak, Bukit Mertajam.


“Last year, we sold 800 units of diffusion pumps to the local market and 300 units of lifters to a US company.

“The sale of humidifiers for the local, Thailand, and Indonesian markets, sold under our own UWC brand name, is projected to reach over 300,000 units in 2015,” he said.

The humidifiers are used to condition gases used to treat patients, warming, and occasionally filtering the gases used in treating patients with respiratory illnesses, pulmonary infections and lung tissue damage.

On its other handling-equipment business category, Ng says the company recently secured a RM20mil contract to produce logistic and material handling equipment for a Swiss company, which is expected to contribute about 10% to UWC’s revenue this year.

“The contribution of the medical-device business to the company’s revenue should be around 35% this year, compared to 30% last year,” Ng says. 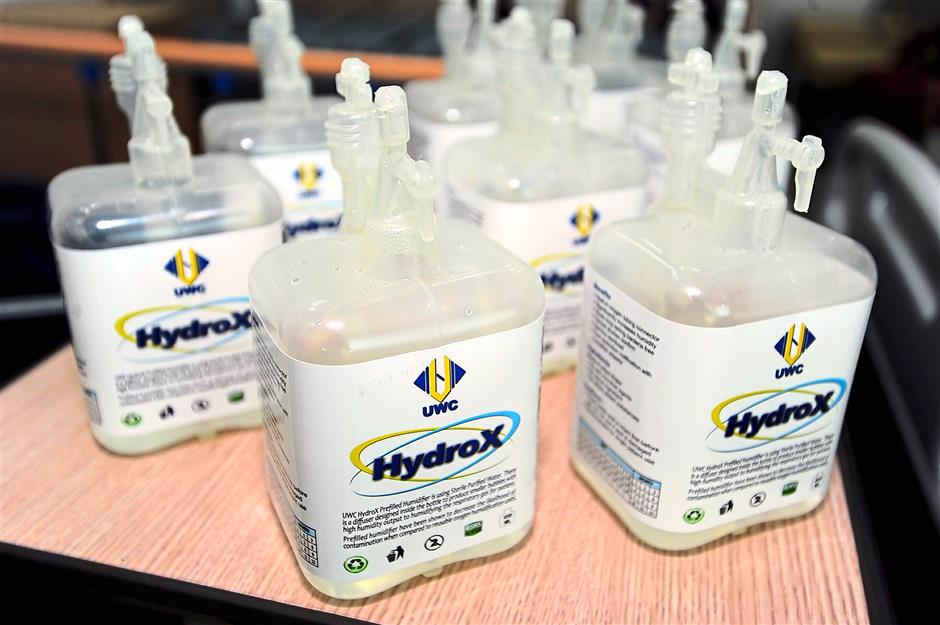 Doing well: Sale of the company’s Hydrox humidifier is expected to hit 300,000 units this year.


“The remaining 15% will be generated from the sales of our security system products sold in the country,” he added.

UWC’s other medical device and equipment products that include paediatric and patient beds, ambulance stretchers and immobilisers, used mainly by hospitals, are supplied largely to the local market.

The company’s overseas business strategy is to penetrate markets in the Middle East and Africa, says Ng.

“We plan to export some of our medical equipment such as humidifiers to Turkey this year.

“UWC plans also to take part in the Medexpo Africa 2015, which will be held in Kenya in May. This is one of the largest international medical trade exhibitions in the region,” Ng says.

Presently, UWC exports its medical equipment to Asean countries and to the US.

“Our lifters are sold in the Asean region and to the US. We also export to Indonesia and Thailand,” he adds.

“We need 30 such engineers for the next five years. To meet our requirements, we are allocating RM300,000 every year to sponsor eligible students to major in engineering at a local university so that they can work with UWC upon graduation.

“Successful candidates will receive a RM10,000 scholarship from us to pursue their studies.Those interested can go to our website, www.uwcholdings.com, for more details,” he says.

UWC currently employs 500 workers at its five manufacturing facilities, out of which 52 are engineers. 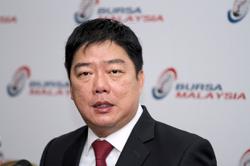