THE sales of consumer electronic goods in the northern region dropped significantly from September to November, making it one of the worst three months ever experienced by retailers in the region over the past three years.

Retailers say the drop in sales was due to the impending goods and services tax (GST), weakening ringgit, and the softening of commodity prices.

SEC has 21 retail stores located in Penang, Kedah, and Perak.

“Consumers are cutting down spending because of the economic uncertainties such as the weakening currency, the plunge in commodity prices, and coming goods and services tax, which is scheduled to be introduced on April 1.

“This resulted in the decline of our overall sales by about 12.5% from September to November, compared to the corresponding period last year. 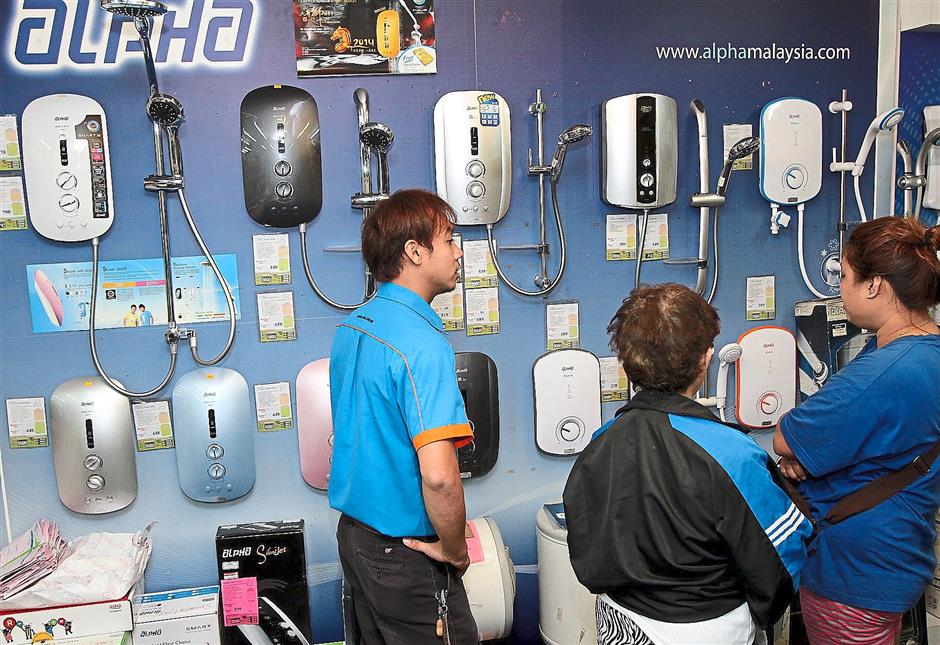 “The three-month period has indeed been one of the worst experienced in the past three years,” he said.

Hon said the worst affected items were electrical and electronic appliances such as the washing machines, refrigerators, television sets, and air-conditioners.

The sales of such appliances dropped some 7% to 8% in September, October, and November, compared to the same period a year ago.

However, Hon said they were able to maintain a single-digit decline in percentage terms because SEC offered attractive promotions. “The smaller retailers which were unable to offer special discounts suffered greater drops in sales.

“Our sales of notebooks and tablets dropped by about 46% during the three-month period, compared to the corresponding period a year ago.

“We did not see a strong pick up in sales during the Christmas holidays too,” Hon said. Hon: SEC reacted to the drop in demand by offering attractive promotions.

“We hope to see a another round of buying towards the Chinese New Year celebration as we will offer attractive deals. We expect to see a slowdown after the implementation of GST,” Chew said. 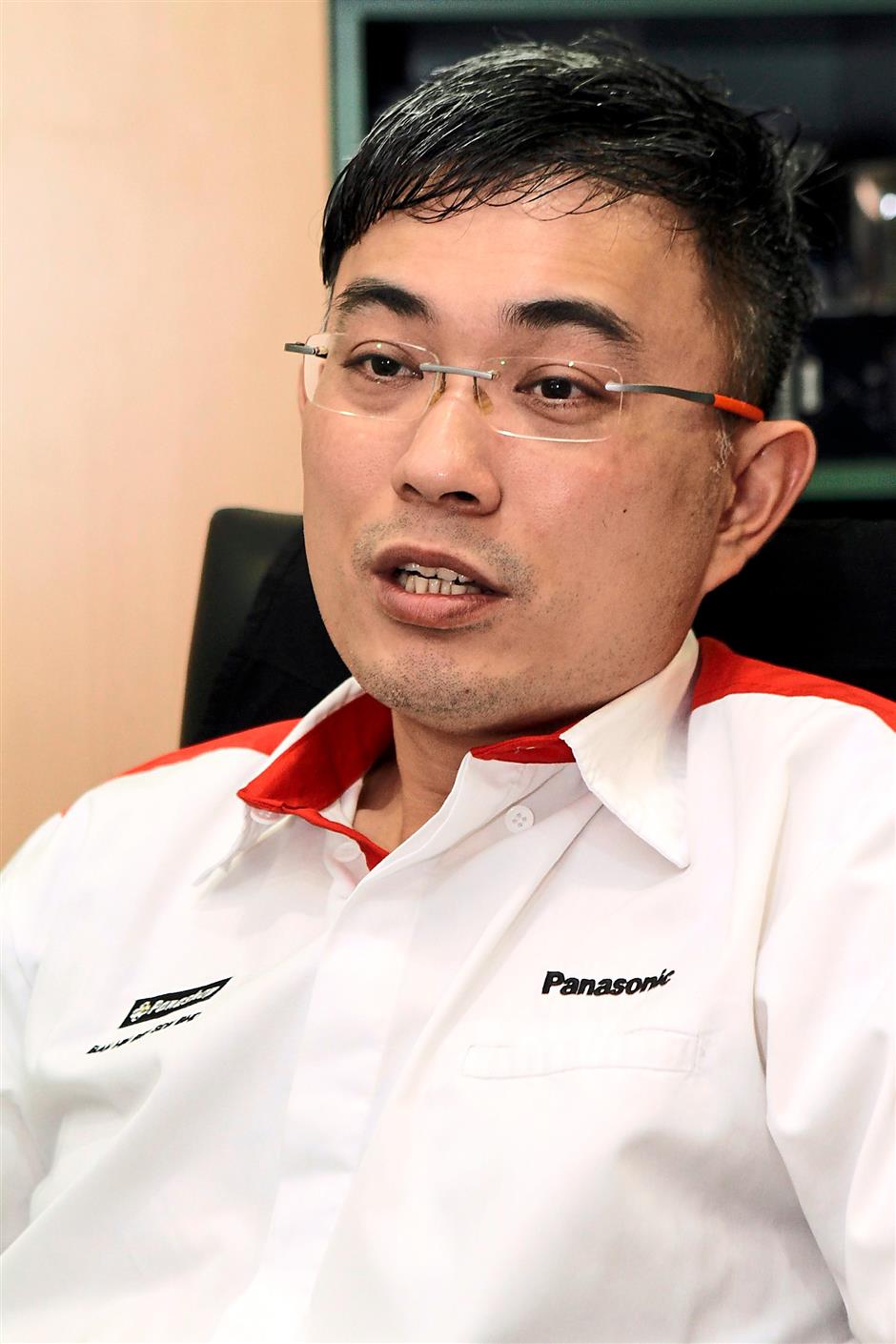 Yeoh: Some new products such as coffee machines and low-speed juicers have proved to be popular with consumers.

Yeoh said the company’s sales improved slightly by a single-digit percentage during September, October, and November largely due to the introduction of new products such as energy-saving water-heater systems, coffee machines, and low-speed juicers.

“These appliances are not so common in the market, so they were popular with consumers. Consumers are not buying now even though prices are lower if you compare them now. After the implementation of GST, they would have to pay an additional 6% more,” Yeoh says. 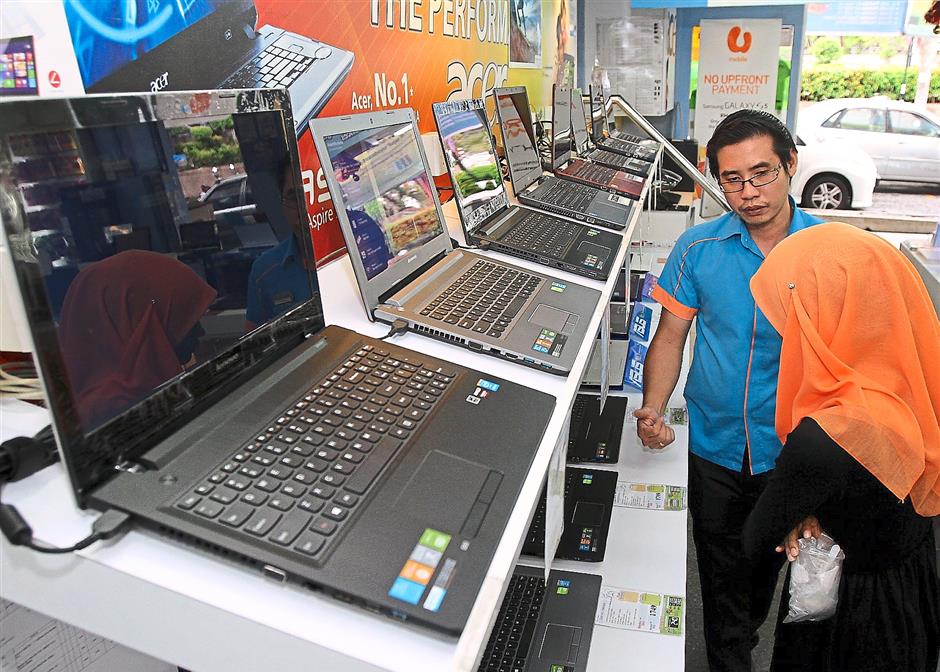 Customers viewing the range of laptops at SEC’s outlet in Bukit Jambul, Penang. According to a report, sales of information technology goods dropped 10.8 in the third quarter of last year.

On higher prices, Yeoh says pricing had already been going up since the middle of last year as a result of weakening ringgit, which has resulted in higher importation costs.

“By April 1 this year, the selling price of appliances is expected to increase by 15%. Higher transportation costs have also influenced selling prices,” Yeoh adds. 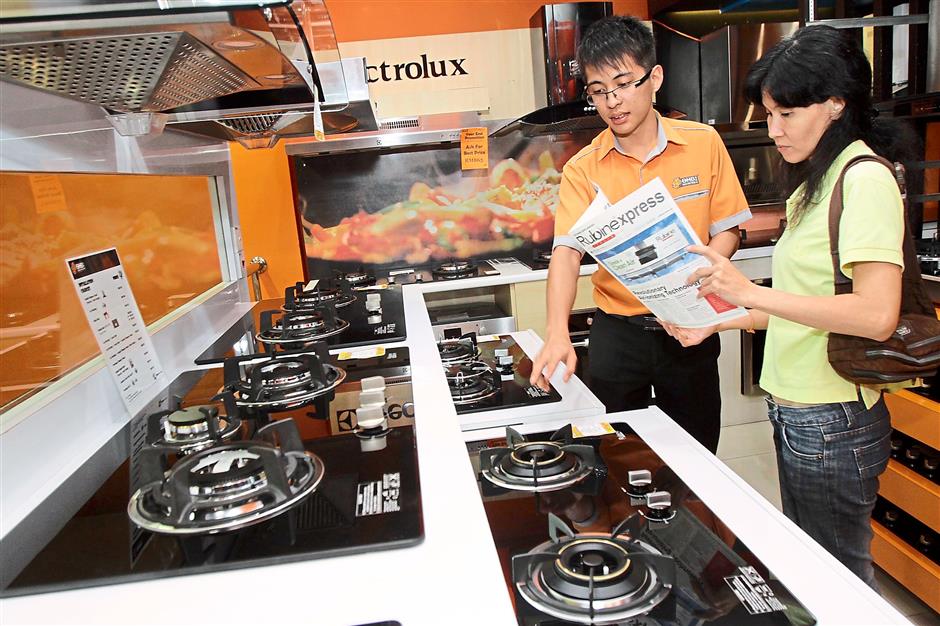 “Third quarter results for the TCG market showed an 11.2% drop, compared to the same period in 2013, with sales totalling RM5.1bil,” the report added.

“The market’s performance was anticipated to be soft, but has under-performed more significantly than expected in the third quarter.

“In malls, events and marketing promotions for photography products and home appliances were introduced at the end of the third quarter in an effort to spur growth, albeit with little success as market reaction continued to be weak.

“Moving forward, the market could improve as the implementation of GST at the beginning of the second quarter of this year could stimulate consumer purchases to avoid the additional sales tax of 6%,” the report said.