Young farmers return to their roots

The temple near the entrance to the village acts as a landmark.

Chai said the eatery in Bandar Baru Kampar was popular for its dong por yok and mui choy kow yok – pork dishes he learned during his time overseas.

Prior to his stint abroad, he learned how to make pastry and worked in Kuala Lumpur for two years.

But he returned to his roots two years later, trading in his eatery for farm land.

Chai is among an emerging group of young farmers who see potential in the sector.

During an interview with StarMetro recently, Chai said he has business models to add value to his farm produce. Kampung Baru Coldstream is about 140km from Kuala Lumpur and 80km from Ipoh city centre.

“Farming can be more than planting, taking care of the farms, harvesting and letting the middlemen to continue from there,” he said of the traditional business model used by many farmers.

He added that such a business model does not give farmers room to negotiate farm price.

However, Chai pointed out that many farmers still needed middlemen to market their produce.

While vegetables and fruits are highly perishable, Chai said farmers also have to contend with erratic weather conditions as well as fierce competition from imported fruits and vegetables.

“Local farmers and middlemen are at the mercy of importers,” he added. Chai (left) and Tan are among the young people who prefer village life.

He hoped the authorities could empathise with the farmers and take steps to create a more conducive business environment for them.

Meanwhile, Chai reckoned that there was a need for farmers, especially the younger generation, to find ways to stand out from the rest.

Other than fruits, Chai rears bees on his farm.

“I learned how to rear bees from the Internet. The environment must be as natural as possible for the bees to thrive,” said Chai, who also sells bottled honey and markets his goods online.

Eldest among five siblings, Chai is the family’s fourth generation after his great-grandfather set foot in then Malaya. 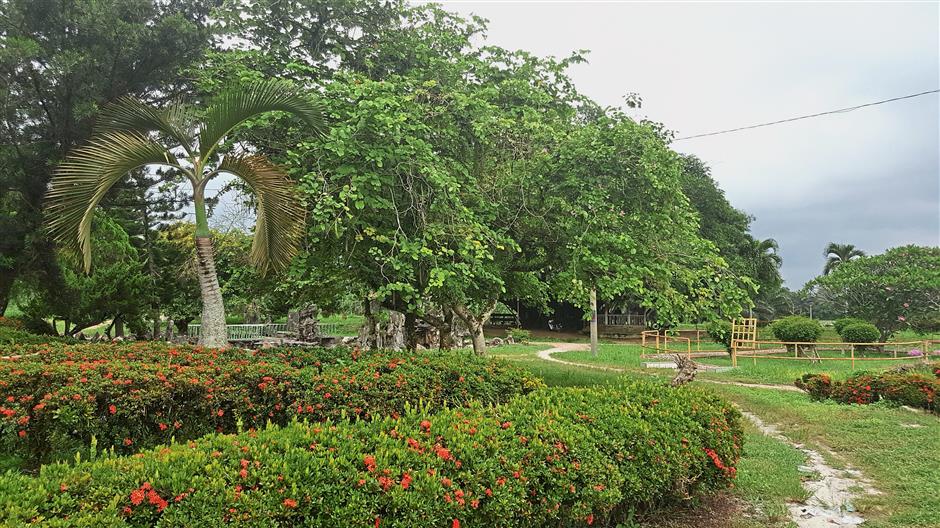 The elderly like to take a walk and chit chat in the village park.

Kampung Baru Coldstream is about 140km from the capital city and 80km from Ipoh city centre.

But the villagers continue to be plagued by land issues – they are farming on land without a lease despite a promise by then prime minister Tun Abdullah Ahmad Badawi in 2008 to give them the lease.

The authorities took land away from the farmers over the last decade and this discouraged many young people from going into farming. A vegetable farm at the entrance of Kampung Baru Coldstream.

Tan, who works in a factory near the village, said he believed young people would stay on in the village or return from the cities for good when there were jobs and business opportunities for them.

“Not all who left for big cities are drawn by city lights alone. In fact, life in the cities is tough,” said Tan, who was in sales in Kuala Lumpur for a few years before returning to the village.

Tan, who is getting married soon, plans to stay in the village.

Chai too plans to tie the knot with his 32-year-old girlfriend, Kow Poh Yen, a physiotherapist, and carry on with his business in the village.

In this Internet era, they can enjoy a less stressful lifestyle in the village and do business at the same time.