Nilai a far cry from its quiet past

Like most towns in the early days, Nilai only had two rows of shophouses before the boom. — Photos: UU BAN/The Star

AS ONE of the most rapidly developing towns in the country, Nilai in Negri Sembilan is witnessing its skyline transform quickly due to the in pouring of investments.

No longer a quiet town located between the state capital, Seremban, and Kuala Lumpur, it is earmarked for even more growth under the 11th Malaysia Plan and Malaysian Vision Valley – a planned economic corridor encompassing a 108,000ha area straddling Seremban, Port Dickson and Nilai.

The town is situated about 50km south of the Kuala Lumpur city centre and easily accessible via major expressways such as North South Expressway (NSE), Elite Expressway and Lebuhraya Kajang-Seremban (Lekas).

There is also a new road to be built between Nilai and Bandar Enstek while there are plans to build a High-Speed Rail (HSR) stop in nearby Labu.

it is steadily attracting investors who are keen to tap on its strategic location.

The town is also just about a 20-minute drive from KL International Airport (KLIA) and KLIA2. 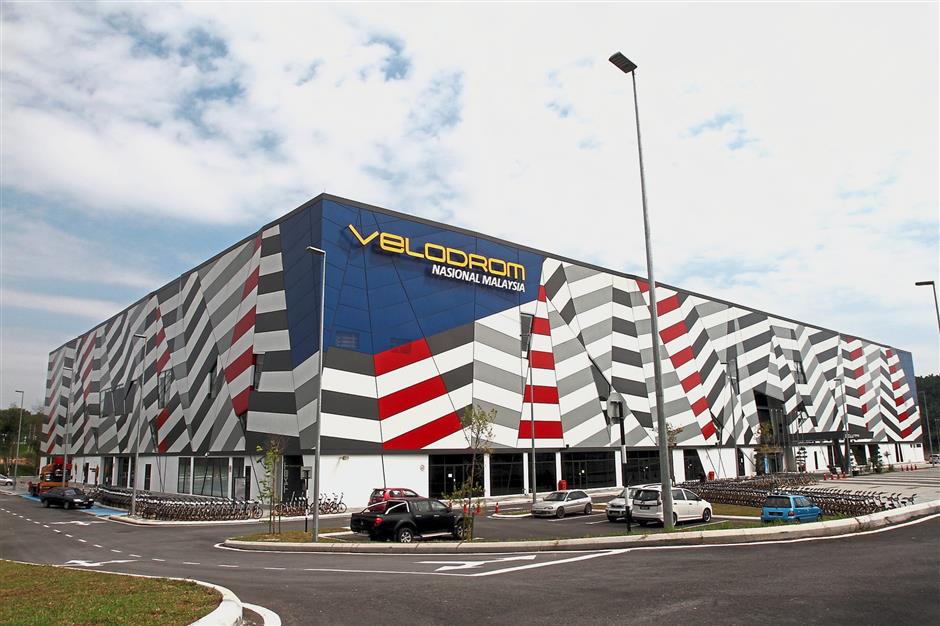 The national velodrome is Nilai's pride and has helped catapult the town into one of the country's main sports destinations. — Photos:UU BAN/The Star

Located in north-western Negri Sembilan and bordering the state of Selangor, Nilai is easily accessible from several towns in both states including Salak Tinggi, Jenderam and Batang Benar in Selangor, as well as Pajam and Mantin in Negri Sembilan.

The town’s ongoing transformation is noticeable even to motorists traversing the NSE between Kuala Lumpur and Johor Baru.

Among the new additions and located close to the Nilai exit on the NSE is the National Velodrome, which hosted the region’s finest cyclists during the 2017 Kuala Lumpur SEA Games last August.

The world-class facility was constructed at a cost of RM80mil, can accommodate up to 2,000 spectators and includes an outdoor BMX cycling track. 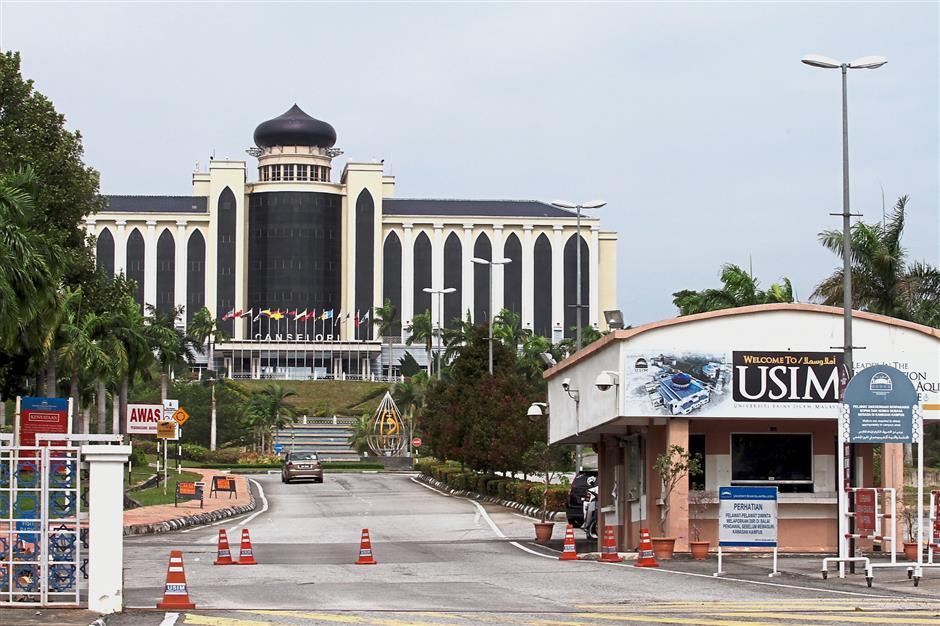 The opening of Universiti Sains Islam Malaysia in Nilai has strengthened its status as an education hub in Negri Sembilan. There are several other private universities and institutes in the town.

Sporting a geometric design inspired by the Malaysian flag, this rectangular building with red and white stripes and bright yellow signage is hard to miss – day or night.

Close by is the Nilai Indoor Stadium, a multi-purpose facility with a 5,000 seat capacity built in 2004.

Thanks to efforts by the state government, Nilai is also a hub for education, with a number of public and private schools as well as colleges and universities located in the town.

Joining these private institutions of higher learning is Universiti Sains Islam Malaysia, a public university that offers courses in business, law, Islamic studies, and sciences, while placing emphasis on research and innovation. 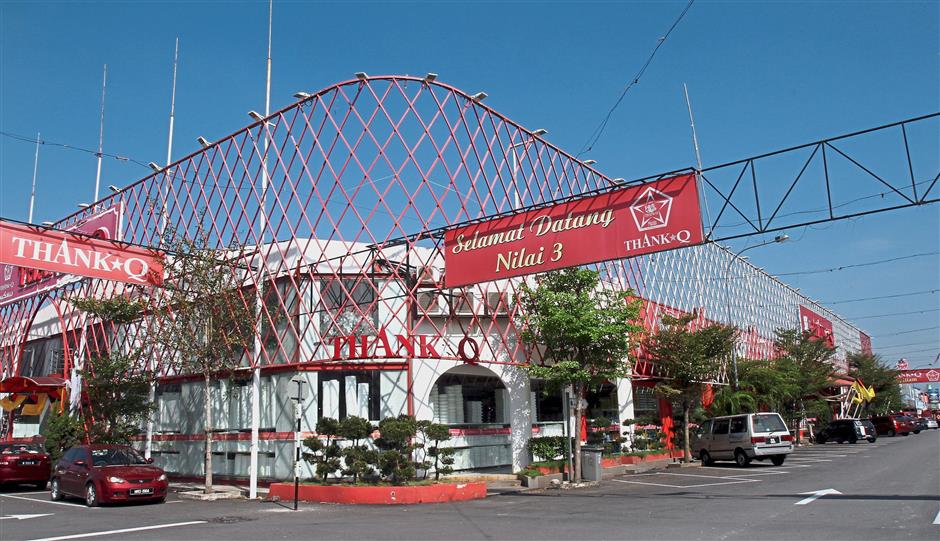 Nilai 3 is a popular shopping destination among locals and outsiders.

The focus on education extends to nearby Bandar Enstek, which lies 10km south of Nilai. Bandar Enstek is home to the prestigious all-girls boarding school Tunku Kurshiah College, which relocated there from Seremban in 2013.

Also in Bandar Enstek is Epsom College in Malaysia, a boarding and day school that combines a tradition of academic excellence with a British boarding school experience.

Back in the 1990s, not many would have pegged Nilai as a shopping destination.

This town that was once fringed by rubber plantations seemed an unlikely spot for shopping.

But that changed with the opening of Nilai 3 Wholesale Centre in the early 2000s. 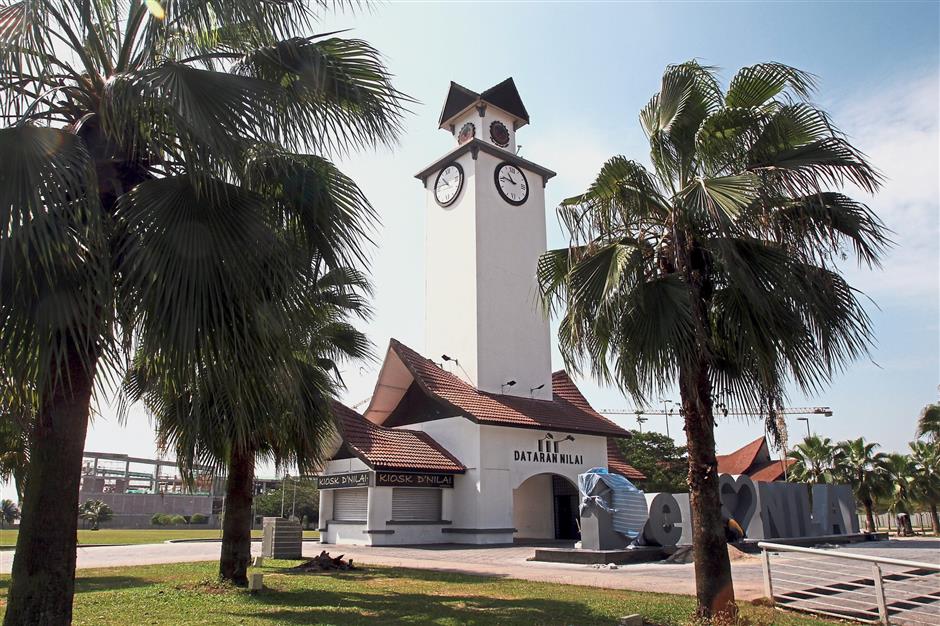 Nilai Square, one of the latest attractions is now a popular gathering spot for both locals and tourists to the town.

Officially recognised as the Biggest Wholesale Centre in Malaysia by the Malaysia Book of Records, this one-stop retail centre stocks everything from textiles to home décor all under one roof; and at bargain prices too.

Nilai 3 is now synonymous with bargain hunters from all over the country and boasts over 600 shops.

For even more options, shoppers can head to nearby Nilai Square, which houses over 150 shops selling everything from footwear to furniture.

The town is also home to hypermarket chains that include Giant and Tesco. A recent addition to the shopping scene is MesaMall, a four-storey mall that includes tenants such as Jaya Grocer, Borders, Coffee Bean & Tea Leaf and Subway.

The 210-room hotel, which is slated for completion in three years, will be the international hotel chain’s third property in Malaysia, after its hotels in Petaling Jaya and Shah Alam. 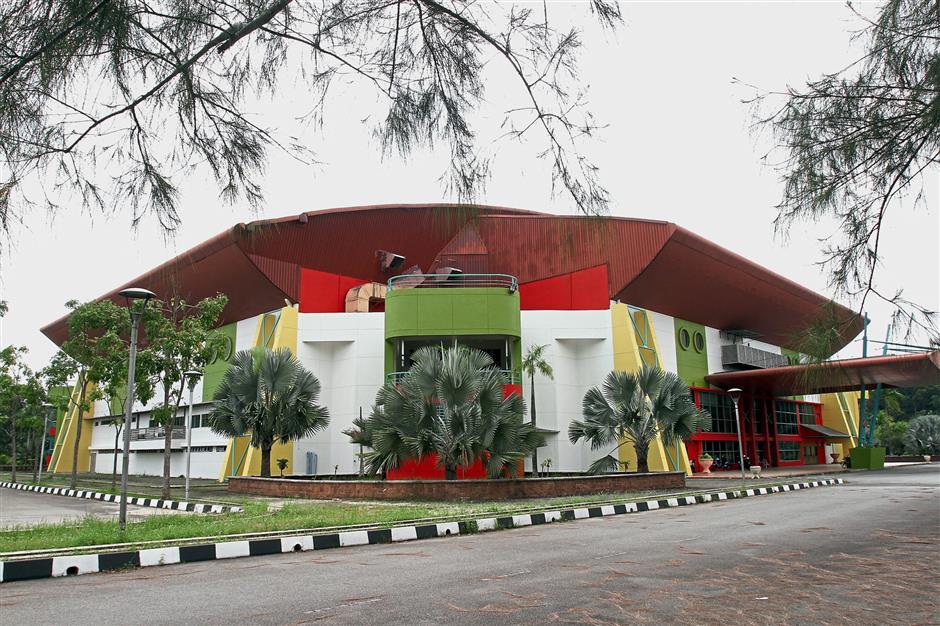 The Nilai Indoor stadium built about 12 years ago has also been the venue of many sports events.

Also in the pipeline by the same developer and part of its Mesahill integrated development is Mesahill Premier, 42-storey twin towers that will feature 1,106 apartments due for completion in 2020.

Another developer, GD Holdings, has earmarked 20ha of prime land just off the NSE and minutes away from KLIA for its multi-billion ringgit Vision City project, a state-of-the-art multifaceted development.

Scheduled to be completed in stages within the next decade, the development will house the country’s largest convention and exhibition centre, and Youth City – four blocks of service apartments with full club and common facilities on each rooftop.

Taking advantage of Nilai’s geographical location, its growing affluent population, and the upwards trend of its real estate market, these and other ambitious projects are set to transform Nilai into a vibrant city. 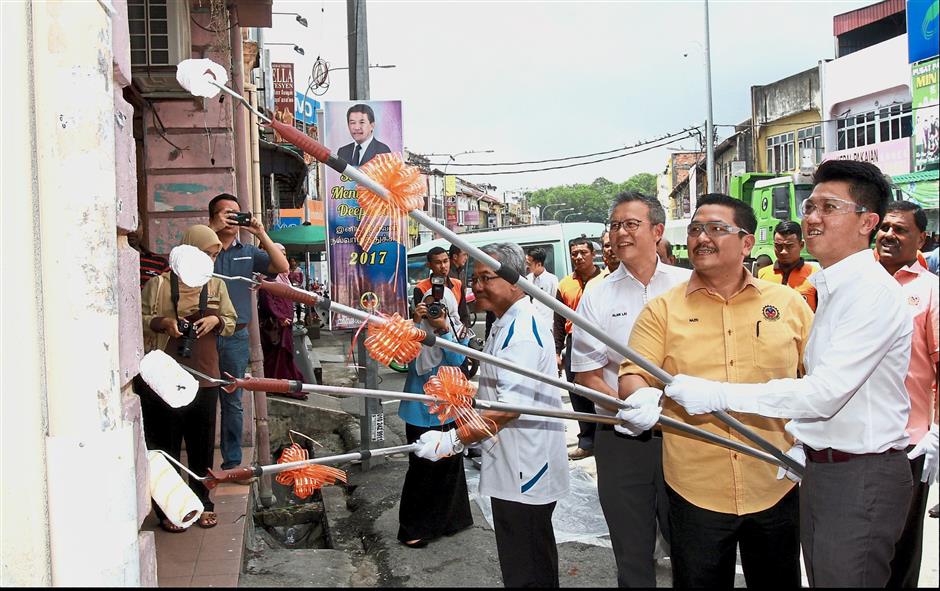 Chong, who is also MCA Youth chief, grew up in Nilai and attended local schools there before pursuing his tertiary education in Universiti Kebangsaan Malaysia.

Growing up in the 1980s, the Nilai of Chong’s childhood was a far cry from the bustling and dynamic town it is today.

“Back then, the town centred on Jalan Besar or the main road.

“While the town has grown by leaps and bounds in the last three decades, the next 25 years will prove to be even more exciting.

“The Malaysian Vision Valley initiative is slated to bring greater economic progress to the town via increased investment in infrastructure and the creation of job opportunities in various industries including the education, healthcare and tourism sectors,” he said in a recent Facebook post.

With these new developments and more on the horizon, it’s hard to imagine that just a little over three decades ago, Nilai was little known, except to motorists plying the southern stretch of the NSE.

Literally meaning “value” in Malay, the town of Nilai has surpassed expectations in such a short time, and is on the fast track of realising its true worth. 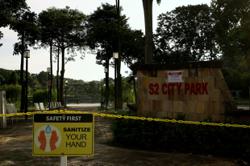