Global brands do the country proud A traditional smallholding rubber tapper Rahmah Yaakob, 58, from Kampung Selamat in Tasik Gelugor using a special tapping knife to shear off a thin layer of rubber trees bark which she starts her work as early as 5am in the morning in Tasik Gelugor, Penang yesterday. - Starpic Mustafa Ahmad (29/03/2014).

THERE are many reasons for us to be proud of the Malaysian business world, from internationally recognised corporate figures to successful companies that have made their mark in the global scene.

Malaysia is regarded as one of the most successful and prosperous developing countries in the eastern hemisphere, largely because of its fairly smooth economic transition and growth since its independence.

It has a long history of internationally valued exports, being known from the early centuries as a source of gold, tin and exotics such as edible bird’s nests, aromatic woods, tree resins and spices.

Today, it is world famous for its countless exports of quality products.

The Malaysian pre-independence economy under British colonial rule was largely driven by the export of tin and rubber to the industrialised countries.

During the pre- to early independence period, most capitalist enterprises were located in what today is known as peninsular Malaysia.

Although Sabah (known previously as British North Borneo) and Sarawak had similar mining and agricultural activities, they were located some distance away from the main trade route and its rugged topography made transportation of these materials to ports costly.

However, the discovery of oil by a subsidiary of Royal Dutch-Shell placed this region more prominently in the business of exports, creating a slightly more equal development curve.

For the first two decades since its independence, Malaysia primarily relied on production of its primary and cultivated resources for export to sustain and grow its economy.

As such, the government at the time was driven to support this thriving industry and did so by developing the nation’s infrastructure of roads, railways, ports and telecommunications as was previously done by the colonial governments of yesteryear, though again this was considerably more advanced in the peninsular region.

By the early 1970s, however, export-oriented manufacturing such as electronic and electrical (E&E) goods, textile, rubber products and furniture became the largest driver for growth and the economy.

It was during this period that the government formed Petroliam Nasional Berhad (Petronas) – an oil and gas company wholly owned by the Malaysian government which was subsequently headquartered at the iconic Petronas Twin Towers.

Petronas was tasked with developing and adding value to the oil and gas (O&G) resources found in the country. Since its incorporation, Petronas has seen huge growth over the years to become an integrated O&G company of international renown.

It has business interests in 35 countries, comprising 103 wholly-owned subsidiaries, 19 partly-owned outfits and 57 associated companies as of 2005.

It is ranked among Fortune Global 500’s largest corporations in the world and has been identified by The Financial Times as one of the “new seven sisters” (the most influential and primarily state-owned national O&G corporations outside of the Organisation for Economic Co-operation and Development).

Over the years, the group has expanded its portfolio to include automotive engineering and property investment, which has served to further bolster its brand on the international stage.

This has proven to be a successful and profitable decision for both the company and country.

The transfer of knowledge has allowed Malaysians to venture into the E&E industry as evidenced by Globetronics Technology Bhd.

Globetronics was founded in 1992 –- during the modernisation era of Malaysia –- when the country had met the criteria for a Newly-Industrialised Country (30% of exports are manufactured goods).

It has grown rapidly over the last 20 years from operating one rented 20,000sq ft facility to operating 10 buildings covering more than 600,000sq ft.

The company employs over 2,500 people.

Although the products of the company may not be well-known or be seen on a daily basis, they are crucial for many devices that billions use daily worldwide.

Parts manufactured by Globetronics are used by many US-based technology firms to power their devices. The group has recently ventured into the medical devices business and is set to release its new wearable sensor module.

Companies such as HeveaBoard Bhd, Evergreen Fibreboard Bhd and Homeritz Bhd have been a proliferation of Malaysian export-based companies, particularly in the furniture and particle board sector.

These companies have exported their products to the global market for decades.

Today, Malaysia has over 2,400 furniture companies, with the furniture industry becoming one of Malaysia’s biggest revenue earners and exporting over RM7bil worth of products to more than 160 countries annually.

Malaysia is ranked the 10th largest exporter of furniture in the world today.

Its large markets include the US, Japan and Australia.

Malaysia’s furniture growth is attributed to a strong manufacturing foundation that evolved from simply being a provider of raw materials to high-end design capabilities and good manufacturing practices.

Another Malaysian company which has created a name for itself is retail and leather goods manufacturer Bonia Corp Bhd.

In recent years, Bonia, which was established in Malaysia and Singapore, has been ramping up the pace of its overseas expansion. The company is targeting China, Thailand and the Philippines as its new market.

The group is also in the midst of establishing more new stores in Indonesia, a market it ventured into four years ago.

Last year, the group opened 20 stores including 13 in Malaysia, two each in Singapore and Vietnam, and three in Indonesia.

Its products are in more than 1,000 stores and 164 boutiques located in shopping centres.

It acquired a 70% stake in Jeco Group, which holds the trademark for Braun Buffel in Asia-Pacific.

Aside from its flagship label Bonia, the group has two other major in-house brands – Sembonia and Carlo Rino.

Although there have been many hiccups along the way, the astonishing growth of Malaysia from a primary resource producer to a manufacturer and service provider cannot be denied.

The next target for Malaysia remains its long-standing goal to achieve a fully developed industrialised economy. 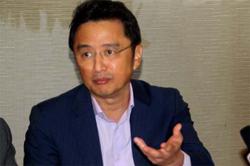