Bird park in Malacca set to be tourist attraction

Visitors to the Bird Park get up close and personal with a macaw.

In 2011, the state government embarked on an ambitious plan to turn the Malacca Botanical Park in Ayer Keroh into an aviary which would be on par with Singapore’s Jurong Bird Park.

The then Chief Minister Tan Sri Mohd Ali Rustam engaged local and foreign botanists, horticulturists and ornithologists to outline a framework with the aim of turning the park into an international attraction.

Now the aviary has some 200 species of birds and the state government has engaged KAJ Development Sdn Bhd to manage the bird park.

KAJ Development chief executive officer (group hospitality), Seow Cheng Swee said the blueprint on the redevelopment of the 100ha park required the release of critically endangered bird species such as the Bali Mynahs, cockatoos and tiong, apart from hundreds of others. A young boy feeds a friendly macaw at the Bird Park.

He said the redevelopment project was expected to be fully completed by the end of this year with more facilities and recreational activities for visitors.

“Our aim is to have the park turned into the largest aviary in this region with features such as education and eco-related tours,” he said.

Seow added that the management of the park was a joint initiative with the state government and the Hang Tuah Jaya Municipal Council, apart from KAJ Development.

He said bicycle lanes and other infrastructure would be made available to visitors.

“Various tour packages including those designed for families would be organised so visitors would be able to learn about avian conservation and the elements that contribute to a healthy ecosystem for birds,” he said. 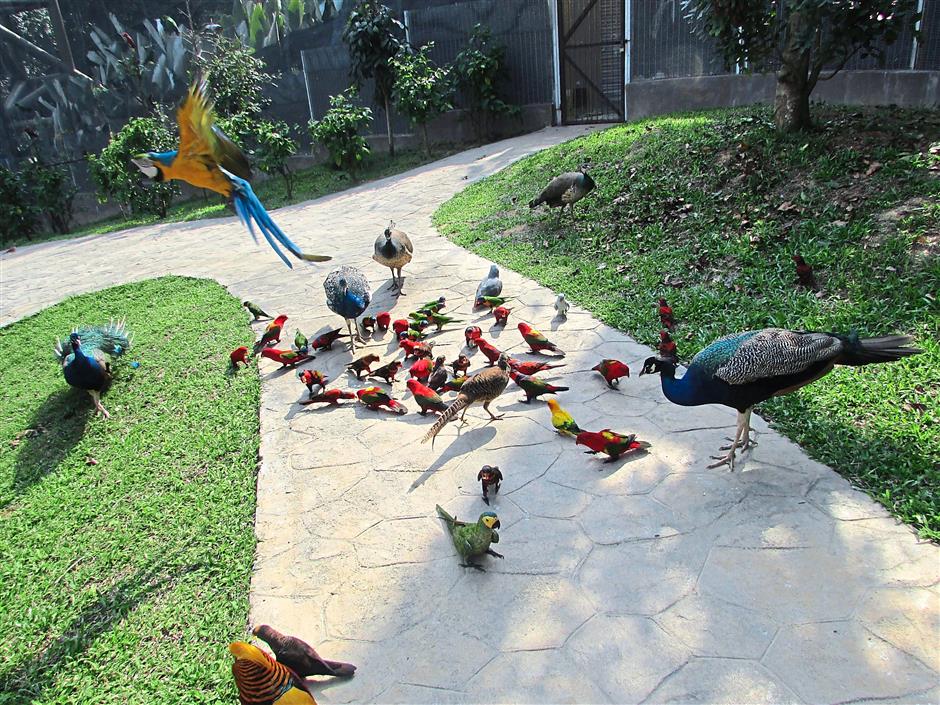 The bird park is near the botanical garden which has eco-tourist sections including a Pre-Historic Garden.

The garden is a replica of life on earth 70 million years ago.