Pedal away without worry at these places in the Klang Valley.

The healthy habit of cycling can be something that Malaysians sometimes find difficult to pick up, largely because of bad traffic and road conditions as well as lack of  suitable cycling spots.

But, there are a number of places within the Klang Valley that Malaysians can bring their families for a day of cycling.

While this is nowhere near an exhaustive list, StarMetro  took the time to explore a few  leisure cycling hotspots suggested by readers.

1. KL Car-Free Morning
Twice a month, a 7km route on major roads between Dataran Merdeka, Maju Junction Mall and KLCC are closed to motorised vehicles for two hours on Sunday mornings. This is the best time to safely explore Malaysia’s capital city on two wheels. 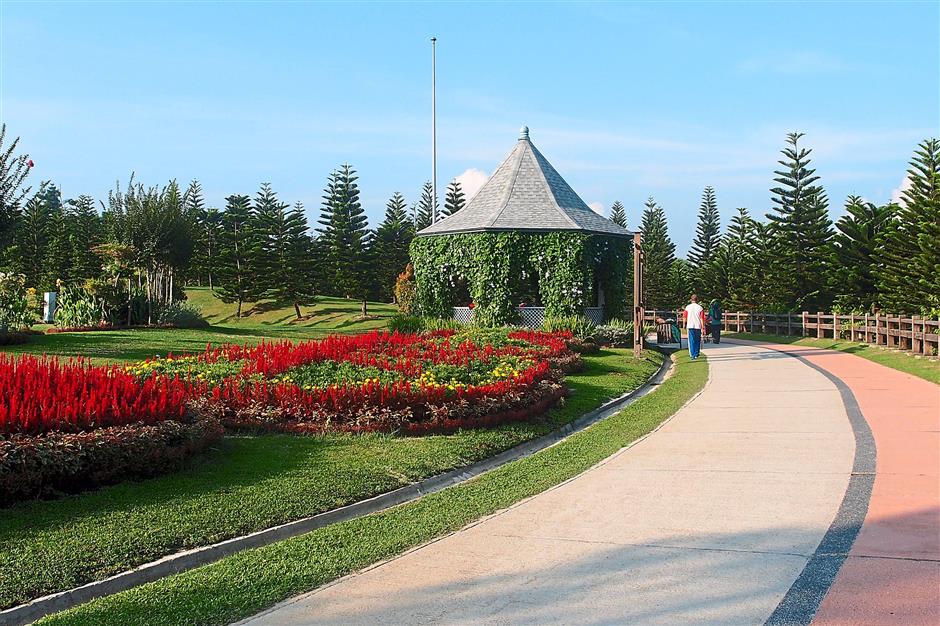 Arguably one of the more beautiful public parks in Putrajaya, Taman Saujana Hijau is more popular with joggers than cyclists because of its location on a hill but the paths are in pristine condition and the view is breathtaking. Known primarily as a hotspot for kite-flying enthusiasts, the Kepong Metropolitan Park’s large lake is encompassed by cycling and jogging lanes more than 3km long. The path is relatively flat, which is ideal for casual cyclists. 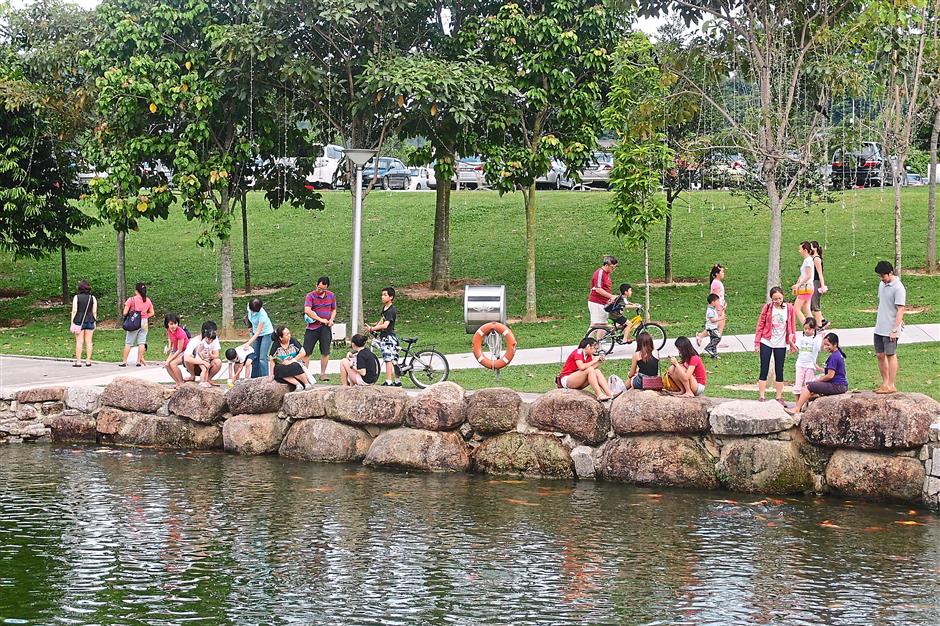 A relatively new affluent neighbourhood, Desa Parkcity boasts a beautiful pet-friendly central park that is popular with children. Casual cyclists are usually seen on the sidewalks that enclose the central park. 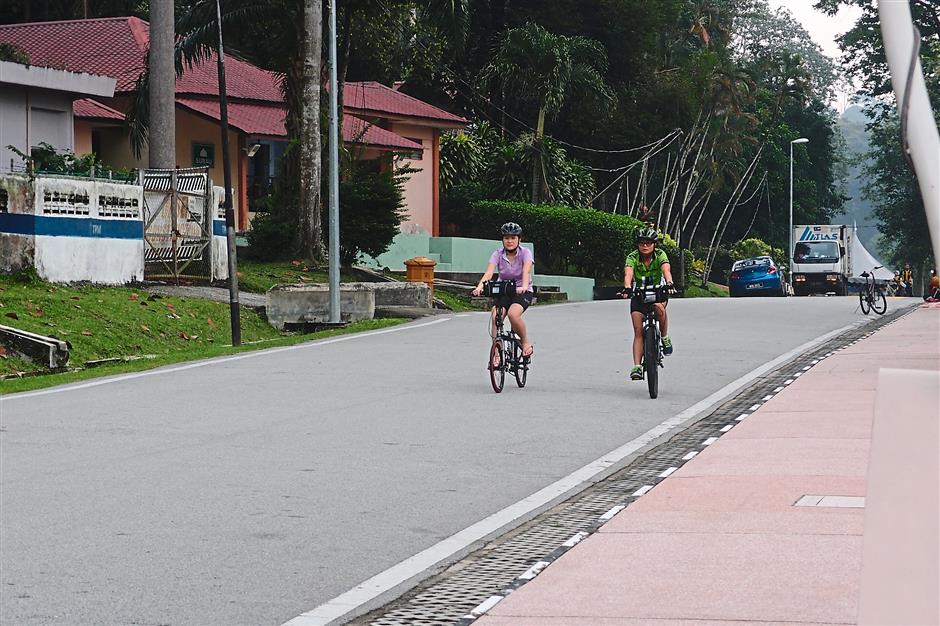 A known attraction in Shah Alam, this botanical garden offers visitors the opportunity to explore its grounds on rented bicycles instead of taking the guided bus tour. But the terrain is very hilly and can be quite tiring for inexperienced cyclists. FRIM in Kepong is a great green getaway that’s not too far from the city limits. With rentals starting from RM6 for small bicycles, cyclists can choose to ride on the hilly roads or take the designated off-road mountain bike trails in the first hour. 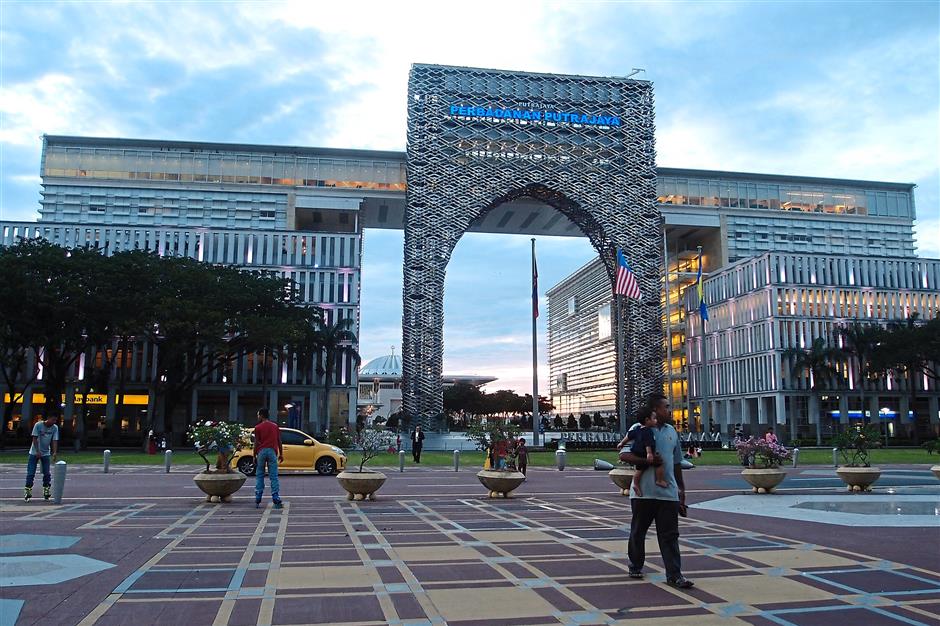 The central part of the administrative capital that is surrounded by the Putrajaya lake has roads that are perfect for cycling. Dataran Putrajaya is a popular hangout for families. Experienced cyclists can try a 10.5km ride around the city. 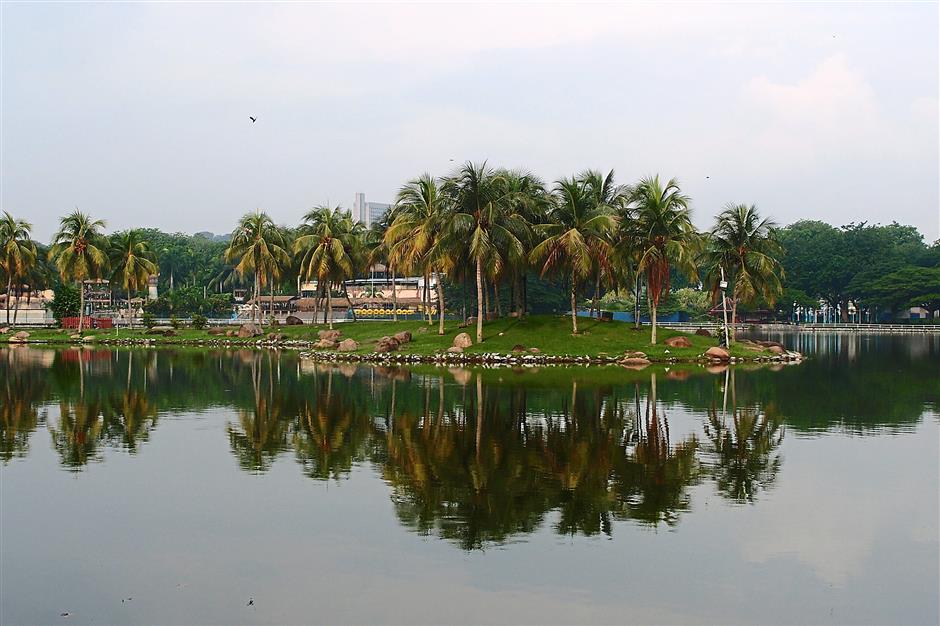 Selangor’s capital has specially designated lanes for cyclists and joggers, and it is a great way to see the city. These lanes stretch around Shah Alam Section 4, 5 and 14. The nearby Shah Alam Lake Garden also serves as a scenic pitstop. The Putrajaya Botanical Garden is a beautiful place with free admission to the public. Visitors can explore the garden on bicycle. Rental is quite cheap, starting from RM2 per hour on weekdays. 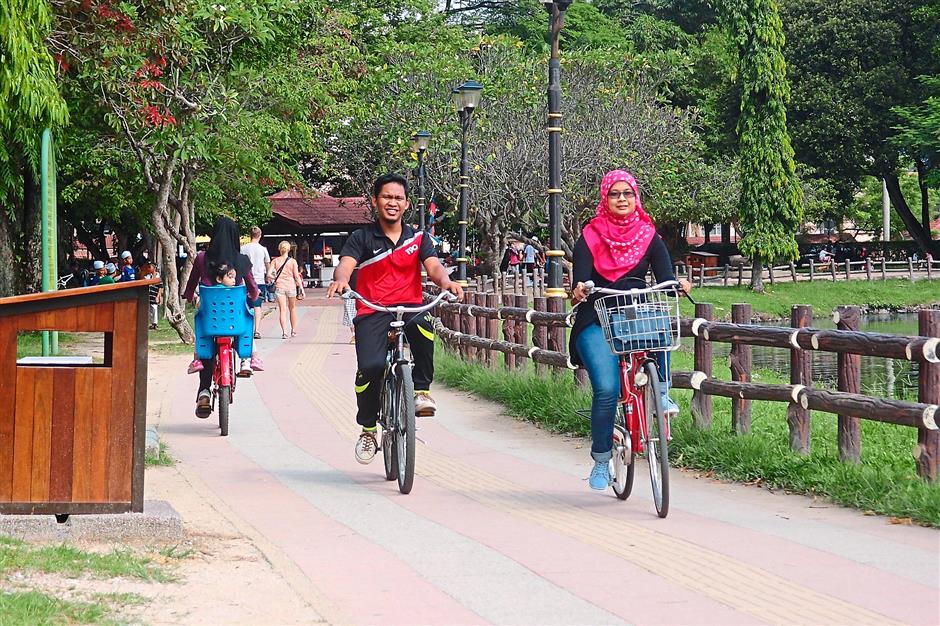 Of all the places listed here, this is one of the most crowded on weekends as it is a very popular spot for families. One lap around the outermost boundary of the park is about 2.6km and elevation is pretty flat, but do be wary of traffic when on the road.