Sacrifaction: Hung preparing food for her six children, she said she did not mind eating less as long as her kids are full.

IF LIVING in the city has become too costly for Malaysians, refugees are even more hard hit, especially with the hike in the cost of living following the implementation of the Goods and Services Tax (GST).

The most drastic change has been the sharp increase in healthcare costs even at government hospitals, with refugees now having to pay almost three times more.

Myanmarese Hong Lian King, who represents about 500 refugees residing in Bukit Beruntung, said they were shocked that even with a UNHCR (United Nations High Commissioner for Refugees) card that entitles them to a 50% discount, they had to pay RM65 for every visit to public clinics or hospitals, compared to only RM25 previously.

They were informed that public clinics and hospitals no longer provide free treatment for several diseases including AIDS and malaria. The medical cost for these diseases range from RM250 to RM1,000 a month.

“There’s no way a refugee family can afford this amount, they will just suffer in silence,” Hong said.

Health director-general Datuk Seri Dr Noor Hisham Abdullah confirmed that medical charges for foreigners had been revised under the Fees (Medical) (Cost of Services) Order 2014. This also applies to cases of infectious diseases, although he highlighted that referred cases in an outbreak situation would be exempted from charges. In a predicament: A group of Pakistani refugees telling the writer the hardships they face in Malaysia, which does not give refugees due status and recognition.

Pakistani Faizah Mansor said many refugees had lost loved ones because they could not afford the medical costs.

She lost her mother several years ago. When her mother’s condition became critical, they could not fork out RM1,000 for her treatment and she died while waiting for a scheduled appointment.

“Many refugees shy away from hospital visits because past experiences have shown us that the officers may harass us. We do not feel safe,” Faizah said.

Hong said another piece of bad news the Myanmarese community received recently was that resettlement applications to the United States would no longer be processed individually. Instead applications are processed in batches to give priority to those involved in the crises in the Middle East. This has cast a pall over the community as the wait is likely to stretch even longer.

It is difficult for a Malaysian to imagine the plight of a refugee in this country, the root of the problem being the absence of a legal framework acknowledging and protecting refugees, in spite of the fact that Malaysia has taken up the role of a host country. 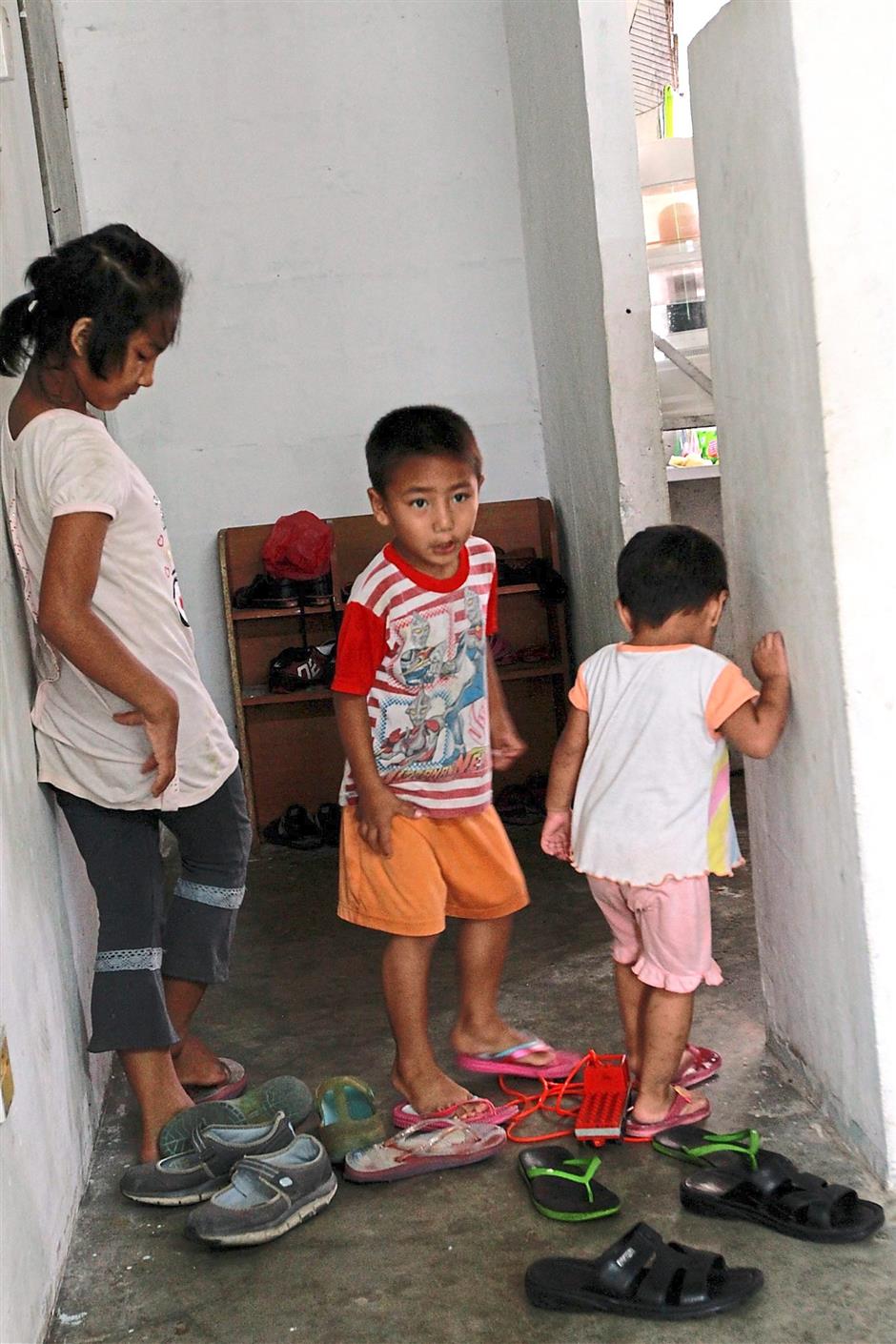 Living within their means: These Myanmarese children are fortunate as they are able to study at a nearby home school.

Without such recognition, refugees are regarded as illegal immigrants which leaves them open to abuse, manipulation and harassment.

Technically, they are subject to arrest, detention and deportation even though UNHCR can interfere and therefore, live in constant fear of the authorities with some alleging harassment.

A refugee said that many authorities do not recognise the UNHCR cards that they hold.

“We fear being deported as we will be persecuted in our home country,” he said.

Some refugees waited up to two years to get the refugee card while some in the group said they did not even get an appointment card with UNHCR after a year’s wait.

“So many of our friends have been detained. My friend, an expectant mother, was rounded up and spent seven months in jail. She gave birth to her child there and was only released when the authorities realised that the baby was suffering from severe skin allergies.

“We have also heard that many have been deported, all these news send shivers down our spine,” Faizah said.

Bukit Aman spokesman Asst Comm Datin Asmawati Ahmad said the aggrieved parties should lodge a police report. “We do not condone such acts by the police if indeed it happened,” she said. 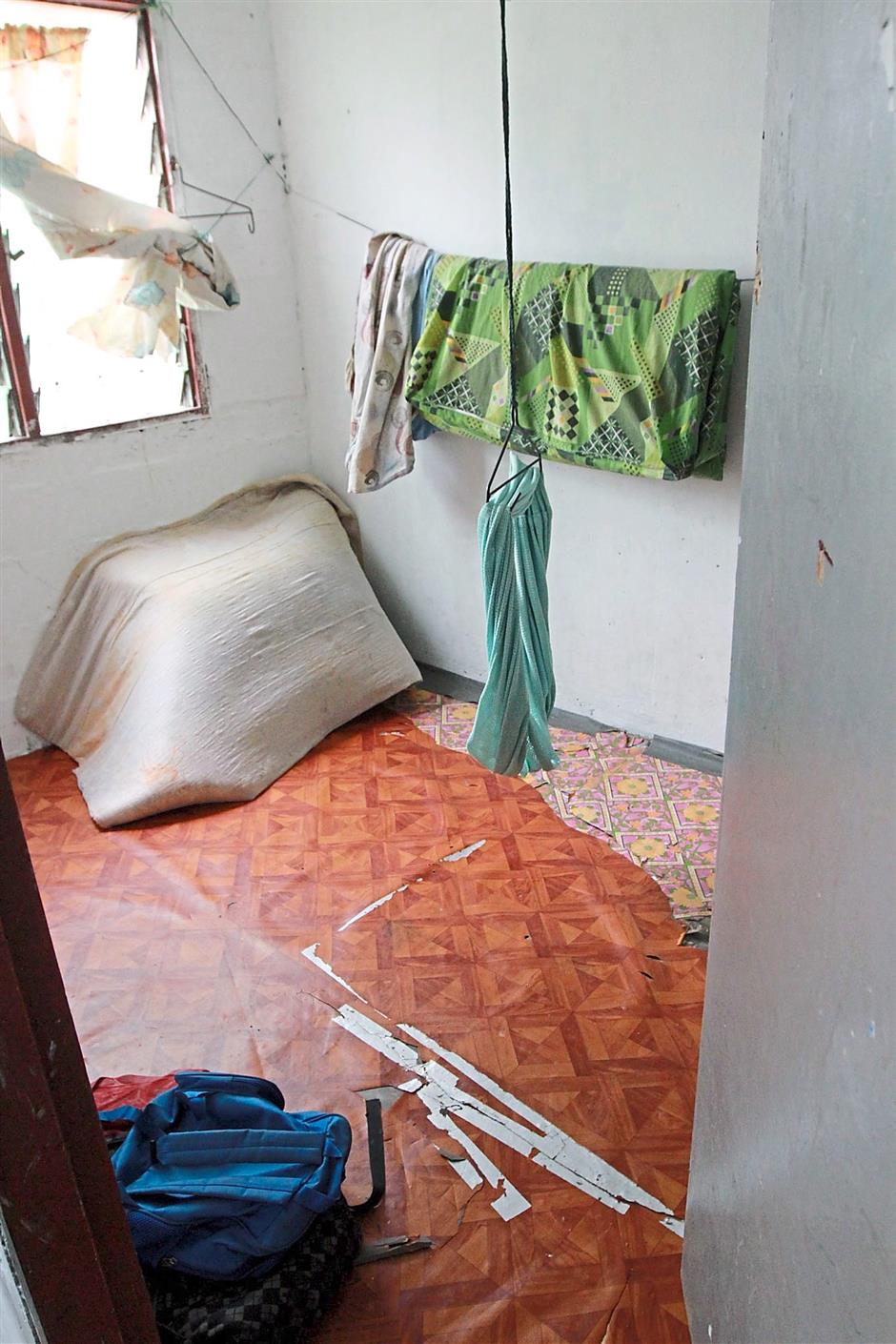 Just the basics: A bare low-cost flat unit occupied by Myanmarese refugees. The mattresses and mats were provided by donors. Such a unit is often taken up by two or three families.

The wait in the host country for resettlement in a third country can be as long as eight years — too long for someone with no status, no right to work, and no access to formal education.

But in practice, refugees in Malaysia can work in selected sectors mostly the “3Ds” (dirty, dangerous and difficult) jobs shunned by Malaysians. Again, without status, they cannot apply for work permits and are thus considered illegal workers.

The men are paid between RM35 and RM40 a day while women can earn about RM25, Hong said.

“Most of them work from the break of dawn till 10pm daily, only to get paid RM50 for a whole day,” he added.

But the more heart-wrenching fact is many employers take advantage of the refugees’ misfortune by withholding their salaries or cutting down on the promised sum.

“Refugees have to put up with so many issues because we are seen as illegal immigrants in Malaysia. If the employers do not pay them, they do not dare to lodge a report; if they are bullied or harassed, they dare not voice out,” he said.

With such a meagre income, it is difficult for them to feed their families.

One Myanmarese family with six children live in Bukit Beruntung, Rawang to keep expenses low while the breadwinner stays in a shared unit in Sunway.

StarMetro visited them in their low-cost flat, rented at RM250, which is almost bare with only mattresses and a used television given to them by Agape Home.

In some cases, the same tiny unit can be shared by up to 16 people.

“I can buy cheaper food from the market here, I just eat less so that my children can eat more,” said the 36-year-old housewife, adding that their family had been in Malaysia for three years.

“However, my husband’s salary is not enough if any of the kids need to see a doctor. It is shocking that the fees have shot up so much this year,” she lamented.

“We make visits to one factory after another, only to be told that they would employ only Myanmarese and Bangladeshi,” she said, adding that refugee families often had to live under one roof to share the rental.

“We survive on odd jobs, but the sad thing is many employers exploit us by not giving us the salary or give us only 30% of what they have promised,” she said.

Another refugee said: “We fled from Pakistan to run away from targetted killings, but life in Malaysia is equally hard.

“We are peaceful people and we only hope we can be accepted by our host country and its people.”