ENVIRONMENTAL concerns have been in the forefront of mass consciousness for decades, with previous buzzwords being ozone and greenhouse gases and more recently, carbon footprint.

Reducing our carbon footprint requires effort and commitment, and it is most effective with a government initiative driving it.

One government body in the Klang Valley that is striking a path to becoming a success story is Subang Jaya Municipal Council (MPSJ).

Through its participation in the Sustainable Living Stakeholder Engagement pilot project, MPSJ is undertaking a number of green initiatives, with some already under way.

Other councils involved in the project are the Petaling Jaya City Council and councils in Malacca and Johor.

This is also in line with the MPSJ Green City 2030 action plan. 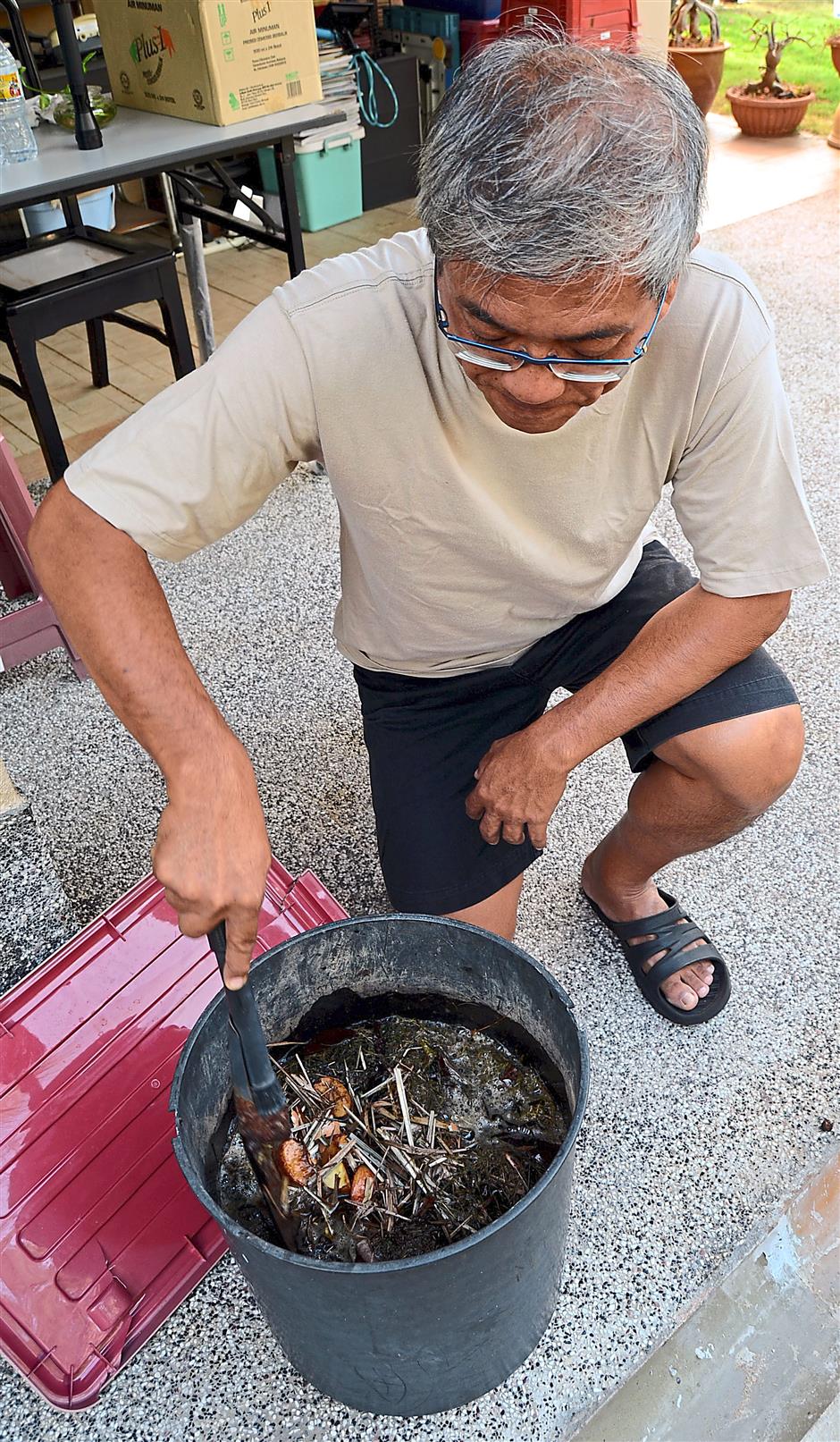 It is a combination of the MPSJ Local Plan 2020, MPSJ Strategic Plan 2013-2030, MPSJ Traffic and Transportation Study 2013 and Low Carbon Cities Framework.

Green Tech is an organisation under the purview of the Energy, Green Technology and Water Ministry (KeTTHA) that helps set the policy direction and framework for the pilot project.

MPSJ deputy president Abdullah Marjunid said public participation was important in ensuring that the programmes could be carried out efficiently.

Volunteers, especially students, are needed to help out in some of the projects.

The council has held dialogues with market operators for its market programme, USJ 11 and Seri Serdang Residents Committees (JKP) for its Traffic Calming project, and the Puchong and Puchong Indah flats JKP for the “Open Space, Community Gardening” programme.

For its initiatives, MPSJ received a Gold Award last year at the International Green Apple Awards (IGAA) For Environmental Best Practice 2014 for its “My Biomass Way” project. MPSJ deputy president Abdullah Marjunid represented the council to receive the award at a ceremony held at The House of Parliament in London, United Kingdom.

“Our aim for participating in the IGAA was to improve the skills and expertise of our staff, work towards raising the municipality to international standards and introduce MPSJ to the world stage.

“The award recognised MPSJ’s efforts to form the MPSJ Green Town Action Plan 2030, with the aim of creating an environmentally friendly, clean, comfortable and the greenest municipality in Malaysia,” he said.

“But it’s not about the numbers, the change of mind set is more important,” he said.

The council’s efforts are focused on three major areas:

“We are impressed with MPSJ’s green initiatives. (As of now) There is no allocation from the ministry, the council’s green efforts are solely their own initiative.

“Sustainable development is important for developing countries such as Malaysia. One of the pilot project’s objectives is to reduce pollution,” he said.

The Japan government hopes to introduce this concept to Asean countries via the East Asia Biomass Town Concept Promotion Project 2008-2012.

As such, four Asean cities and towns were chosen, namely Na Duang village in Thailand, Ho Chi Minh in Vietnam, South Sumatera in Indonesia, and Malaysia’s Seri Serdang, which is within MPSJ’s jurisdiction.

The MPSJ Biomass Centre is located in Bandar Bukit Puchong

The council also makes its own compost at the centre from the waste collected and is available for sale.

According to MPSJ Environment Management Department deputy assistant director Hafiz Shariff, 37% of the waste we produce daily are organic and 46% are recyclable materials.

Hence, one of the ways to reduce waste is by waste separation and composting.

The waste separation concept was introduced at wet markets and schools and MPSJ hopes to promote it to hypermarkets with food courts.

In Seri Serdang, 109 households took part in a project where residents were given free bins for waste separation.

The council also gives out free compost bins to residents in other areas in the municipality keen on making their own compost.

“During the early stages, council officers visited the participants at their homes to check on their progress two months after receiving the bins.

“For those who did not follow through the project, we took back the bins. It was tough for us as it was time-consuming,” said Hafiz.

“When we started this project, we had to reach out to the public to sell the idea of composting and convince people.

“We saw an increase in participants from 2013 onwards. Now we have people who are keen in participating in the project, calling us to request for the compost bin,” he said.

“If we left it to the residents to take up composting on their own, some may not know how to do it. So, we must make investments such as providing compost bins for free and teaching interested participants how to make their own compost.

“The increase of participants shows a change of attitude and this is a result of the government’s investment. We are sure that they will become ambassadors of this green project and promote it to others,” he added.

The response for the MPSJ compost bins has been so overwhelming that the council is currently out of stock. The council hopes to get new ones by February.

Hafiz said, “Look at Japan, their attitude towards waste management is something we should learn.”