Tan, one of Msia’s founding fathers

Tun Tan Cheng Lock, the founder and first president of the Malaysian Chinese Association (MCA), is recognised as one of the founding fathers who fought selflessly for the country’s independence.

As the leader of Chinese Malayans, he was one of the pillars of the Umno-MCA-MIC alliance which won independence for Malaya.

With Tunku Abdul Rahman and Tun V.T. Sambanthan, they made a trip to London to show the British that the people of different ethnicity were united as one. With that, the British agreed to give freedom to Malaya.

Of Peranakan descent, he was born in Malacca (in Heeren Street that was later named after him) in 1883 to a prominent family running businesses spanning generations. 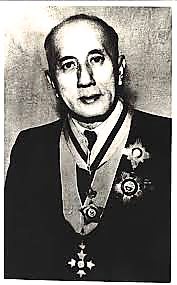 Dedicated: Tan was the founder and first president of MCA.

After graduating from Raffles’ College Singapore, Tan was a teacher briefly but took a career turn into the growing rubber industry that saw him managing about 20 rubber and industrial companies eventually.

In 1912, he was appointed Justice of Peace by the King of England. He was also a member of the Malacca Municipal Commission.

In 1926, he became an unofficial member of the Legislative Council of the Straits Settlement and advocated self-government for Malaya. He had the foresight to call for the establishment of a nation transcending racial and communal differences.

Between then and the Japanese Occupation, during which he fled to India, he held important posts including chairman of Straits British Chinese Association, unofficial member of Straits Settlement Executive Council and assisted in drafting the Civil Marriage Act.

While in India, he presented a memorandum on the future of Malaya to the British , in which he pledged to form a Malayan Chinese Association upon his return to Malaya to assist the British government in post-war rehabilitation.

Upon his return, he had been bold in advocating fairness and equality for all races in Malaya and began his fight for the country’s independence.

In 1949, he formed MCA and in 1951, he transformed MCA from a welfare organisation into a political party while expressing the non-Malays’ dissatisfaction against the Federation of Malaya Constitution.

Tan’s aims were to see a united Malaya, a popularly-elected government and citizenship to all those who made Malaya their permanent home.

He later endorsed the Alliance Party and participated in the Baling peace negotiations along with Tunku Abdul Rahman in 1955.

Later that year, he made a trip to London with Tunku and Sambanthan to negotiate Malayan independence and August 31, 1957 was decided as the date for independence.

In 1952, he was knighted by King George VI and five years later, he was awarded the title of Tun for his service to the country.

In 1958, the MCA founder announced his retirement from the party after Dr Lim Chong Eu won at the national assembly.