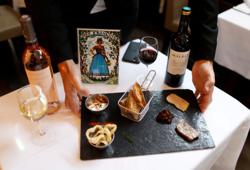 HOKKIEN mee is a meal that  people in Kuala Lumpur will look for, night and day.

Its caramelised flavour, taste of dark soy sauce and chunky meat pieces is an enjoyment for many, especially when cooked over a charcoal stove. However, finding an eatery that serves a lip smacking version can be challenging as there are many places serving this noodle dish.

That is why city folk treasure a good plate of hokkien mee and are willing to savour them even at gourmet prices.

My preference, however, lies with humble, old-school eateries.

Here, are some of my recommendations for hokkien mee simply because they hold on to their roots.

Located at the intersection of Petaling Street and Jalan Hang Lekir. Operates from 5pm to 4.30am and closed on alternate Wednesdays.Kim Lian Kee, established in 1927, is not unknown to locals.

Right smack in Chinatown is its second branch, the oldest existing eatery (since 1932), making it the cradle of hokkien mee as far as the story goes.

If you are lucky, owner Lee Heng Chuan, 65, may be at the stove to cook your meal. 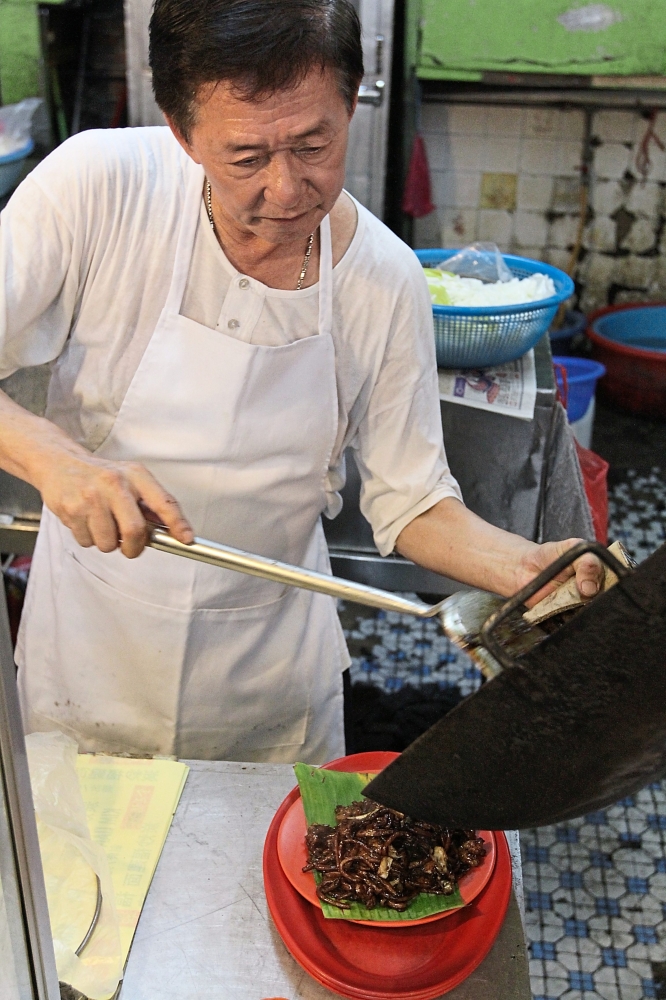 Lee who runs a food chain now makes it a point to personally serve the traditional dish daily at the 86-year-old Kim Lian Kee stall in Petaling Street.

Lee mans the stall, from 8pm, to ensure quality control as he wants to see the delicacy created by his uncle, Wong Kim Lian, achieving its 100-year milestone.

“Like many Chinese then, my uncle eked out a living selling Hokkien staples – thick yellow noodles in several soup varieties. With customers preferring a stronger flavour in our country’s hot and humid weather, he invented the dry version with almost the same ingredients, and it became hugely popular.

“To enable other clan members to make a decent living, my uncle shared the recipe and technique generously with them.

“As such, those who cooked this dish were Hokkiens and to make it easier for customers, it was named ‘hokkien mee’ ever since then,” Lee said.

“Charcoal and fire lend ‘life’ to dish. Its smokey aroma and the addition of flounder stock (a dash of which is added to the noodle during frying) makes it flavourful,” Lee said.

Tossed up within minutes, the dish is rich with multi-layered flavours enhanced by the right amount of lard crisps. The mee is juicy yet not dripping with gravy. It was heavenly when paired with a dollop of sambal belacan.

No 155, Jalan Maharajalela, Kuala Lumpur. Opens from 5pm to midnight and is closed every Wednesday The secret of this appetising hokkien mee is that the 58-year-old restaurant, earlier operated in Jalan Sultan, has not changed any of its food suppliers.

The experience of dining here is action-packed, as the two sifu swing their ladles non-stop, shaking the woks amid occasional bursts of fire.

The noodle lures with a pleasant consistency, and each strand soaks up flavours of dark soy sauce, pork and prawn stock. Those who love lard crisps can order extra of the golden goodness.

While the thick yellow mee is the star, do try out the hokkien fried, handmade meehoon.

Proprietor Wong Hock Soon, 52, said Hokkien diners would always have it with sambal belacan but also soup with pork slices and Chinese tea.

Sadly, Wong said he might close the business in a few years as he has no successors. Sustaining the business will also be tough because of the soaring costs.

Also, Wong is kind enough to reduce price with arrival of a new Malaysia. A single portion is cheaper by 50 sen and is priced at RM8.50.

Little did I expect an air-conditioned restaurant like this to serve awesome hokkien mee at only RM7 per portion, until someone recommended the place recently.

Claiming to have learned the recipe and technique on his own, restaurant owner Cheong Kway Keong, 50, whips up classic plates of delightful  hokkien mee.

He said through many rounds of trial and error, he managed to master the technique that has made the noodle one of the eatery’s best sellers in the past 15 years.

The noodle is not oily, with the black gravy packed with robust flavours dominated by garlic and fresh lard.

The stock accentuating the mee’s taste is made from pork and chicken bones. Also, the ingredients used, especially shrimps, are very fresh due to the restaurant’s high crowd turnover.

Fried noodle stall opens from 6pm. Closed on alternate Mondays To get a hokkien mee fix, one sometimes will have to brave traffic and be faced with parking issues as these places are always crowded.

Fortunately, there is a good hokkien mee place near my house. 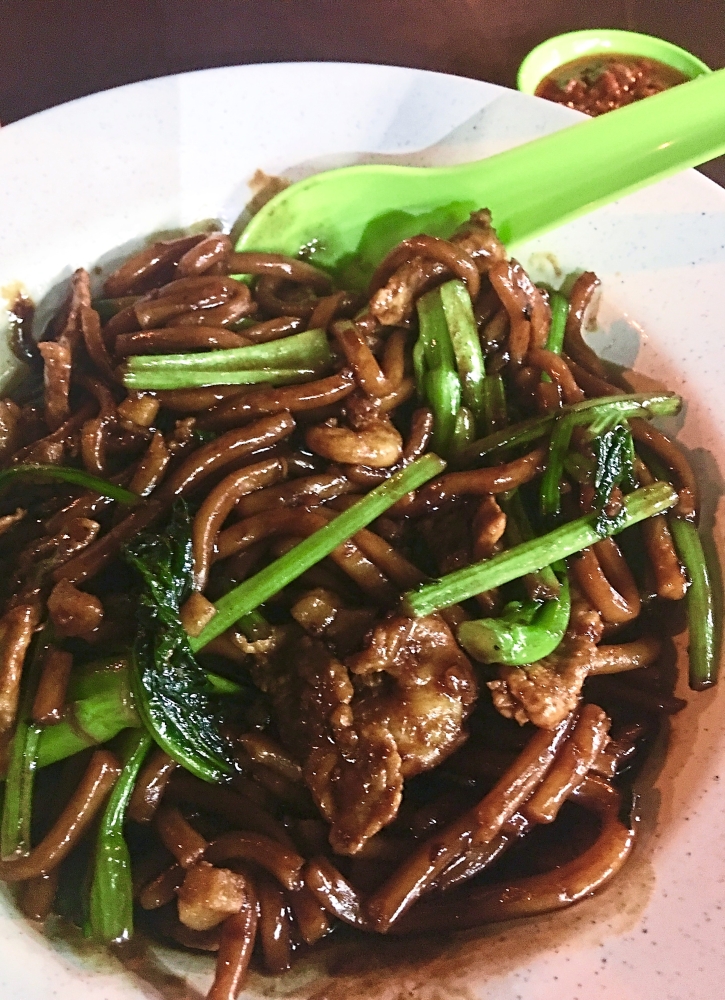 The fried noodle stall at Sunny Coffee Shop in Bandar Sri Damansara serves a decent plate of the savoury delight.

At one of the stalls at Sunny Kopitiam, the middle-aged cook whips up flavourful hokkien mee that overshadows all his other mee dishes.

He has managed to grasp the technique to give the dish balanced flavours - just the right amount of sweet and savoury goodness, as well as a garlicky kick.

The mee has that ideal firm texture as each long strand is coated with rich, dark gravy. A sprinkling of lard crisps and creamy sambal belacan help complete the meal.

Opens daily from 6pm to 2am.Last but not the least, this place fondly known as Jalan 222 hokkien mee still serves one of the best versions in Klang Valley.

The RM9 per portion noodle meets the criteria – dark, thick, robust and firm, but proprietor Lim Eng Huat, 60, said there was no secret recipe to his hokkien mee.

“I think what makes the difference is whether or not you cook the dish with heart,” said Lim who has been cooking the dish for almost half a century after learning it from his uncle. 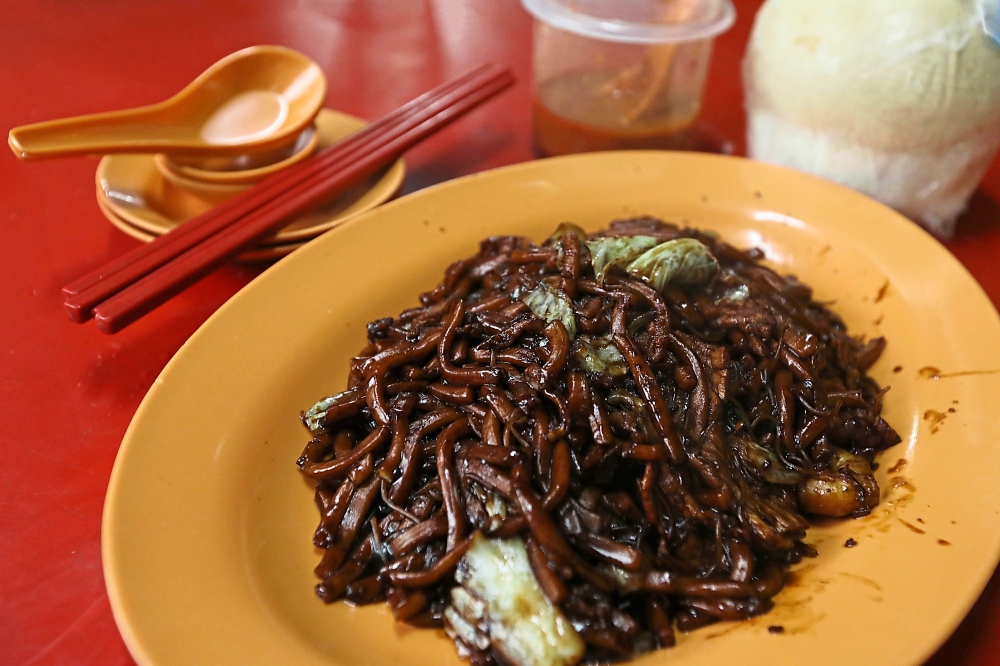 Restoran Ah Wa’s hokkien mee is flavour packed as the proprietor insists that one must put their heart when cooking this dish.

“Charcoal, flounder and lard may do the trick to make the dish delicious but at the end of the day, it is the way you cook it that does the magic,” he said.

Lim said the cook would have to manipulate the heat well to toss up the perfect plate. This is no easy task, and is perhaps the reason why not many are willing to learn the skill now, which is also not financially rewarding.

Fortunately, Lim said his two sons are in training to take over the mantle, that brings much relief for hardcore hokkien mee fans like me who fear that this delight would one day go extinct.