By CHAN LYE MAY

1 Some 170 people waiting to get free cheese tarts at the opening of Hokkaido Baked Cheese Tart shop in Berjaya Times Square.2 Workers busy arranging freshly baked tarts in preparation for the long queue of people who were there long before the shop commenced business at noon.— Photos: P. NATHAN/The Star

CHEESE lovers can rejoice as Hokkaido Baked Cheese Tart has opened its second outlet in the Klang Valley, this time at Berjaya Times Square in Kuala Lumpur.

Hokkaido Baked Cheese Tart gave away one free tart per person throughout the one- hour period from noon to 1pm during the grand opening.

People were seen lining up as early as 11am to get their hands on the tarts.

The aroma of freshly baked cheese tarts was a temptation too hard to resist, attracting shoppers and curious onlookers to the already long queue.

When the outlet officially opened for business at noon, more than 170 people were already waiting in the queue.

Officiating at the opening of the outlet was radio announcer William San.

Workers busy arranging freshly baked tarts in preparation for the long queue of people who were there long before the shop commenced business at noon. — Photos: P. NATHAN/ The Star

Asked about the taste of the tart, San said: “The crust is really crunchy and you can taste the milky flavour. The cheese is totally out of this world as well.”

The melt-in-your-mouth cheese tart was a hit among the crowd.

College student Holiday and her group of friends who had been queueing up for the tarts since 11.30am were happy to finally be able to savour the creamy baked delights.

“It is really tasty because the cheese is fluffy,” she said.

“I like the soft and creamy texture of the tart,” said Winnie, who works at Berjaya Times Square and was having her first-ever Hokkaido baked cheese tart.

Hokkaido Baked Cheese Tart is currently having a promotion where customers may buy a box of six for only RM29. The usual price of the cheese tart in RM5.80 each.

It will soon be available in Avenue K and Sunway Pyramid. 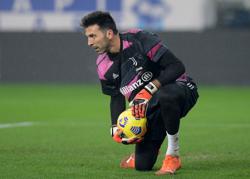