For the love of gourmet food

The oysters at Jasons Food Hall are not pre-opened and frozen.

During an interview at the recently held Taste MIGF 2015 in Berjaya Times Square Hotel, its store manager Daniel Greig said they offered a wide range of items, some of which were exclusive.

“We offer premium items, as well as brands such as Monte Verde, Casino and Waitrose.

“We have exclusive wines and a large variety of whiskies.

“We also have gluten-free, organic products,” he said. 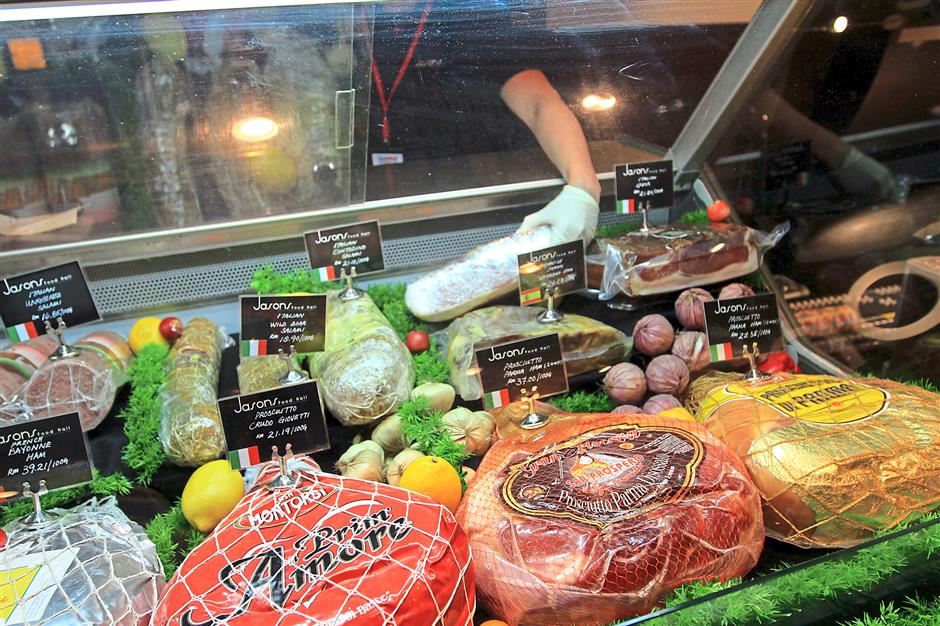 Premium meats which are available at the supermarket.

Meat & Co, which supplies meat to Jasons, offers select meats and cuts such as the Parma ham and Jamón ibérico.

He added that they often brought in new suppliers.

In the plans are Southern Rock Seafood, which will bring in high-grade seafood.

Southern Rock Seafood Sdn Bhd director Josh Green said, “We have salmon and kingfish from Australia, and we will also bring in caviar as it suits Jasons’ clientele.” 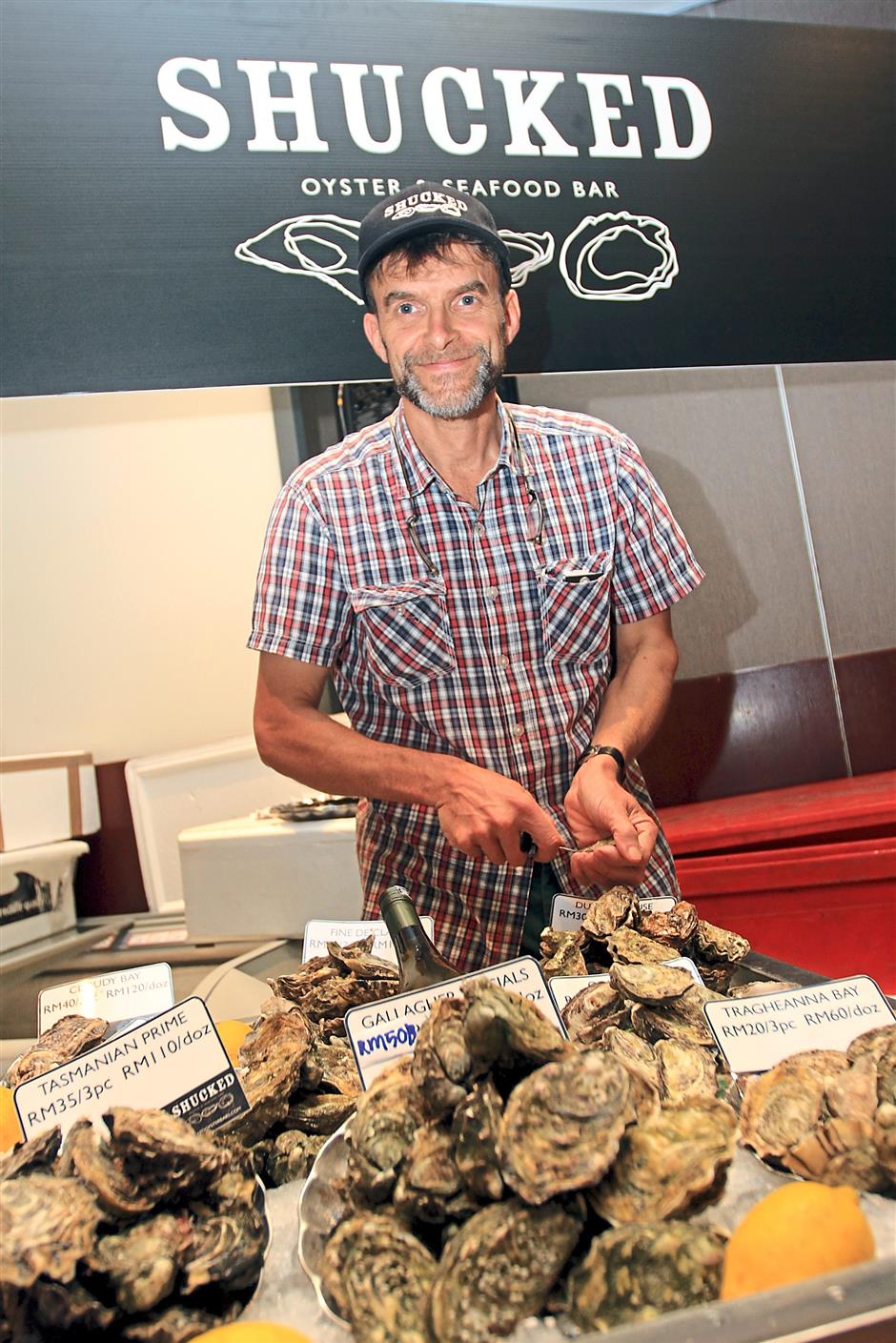 Green said they would offer eight types of oysters from around the world.

“In some places, the oysters are pre-opened and frozen, hence they are not as fresh.

“Our oysters are imported directly from the farmer so we know where the oysters come from,” he said as he shucked a fresh oyster.

“And, we offer not just products but a lifestyle,” Greig added. A visitor checking out the premium products on display at the Taste MIGF 2015 section in Jasons Food Hall.

There are regular in-store activities such as cooking demonstrations and wine tasting sessions. Kern conducting a workshop on chilled Irish oyster on ice.