VOTING has kicked into high gear this week in the search for the best nasi briyani in the Klang Valley for The Star People’s Food Awards.

Out of the 13 nominated eateries, Restoran Syed in SS19 Subang Jaya looks to be a clear favourite from the start, with a whopping 50 endorsements.

Named “Bukhara Briyani”, the dish in Restoran Syed uses a mix of Malaysian and Moghul recipes, inspired by the Muslim-influenced city of Bukhara in Uzbekistan.

According to Syed Group chief executive officer Datuk Syed Jamarulkhan Kadir, the original Moghul recipe was tweaked to suit the tastebuds of Malaysians and their Chicken Bukhara is a popular choice among diners.

Chacha’s Naan and Briyani Special at the Petaling Jaya Section 14 Hawker Centre is one of the dark horses in pursuit of the coveted top prize. The stall run by 70-year-old Abdul Latif, who goes by the nickname Chacha, charges RM7 for a reasonable portion of chicken briyani.

According to him, the tender and carefully seasoned chicken is his own recipe and he prepares the dish fresh every morning.

Other promising eateries such as Restoran Ruz Aladdin in Ampang and Restoran Tajudin Nasi Briani in Kuala Lumpur are close behind with 18 and 15 endorsements each, but they cannot win without your votes.

By doing this, you stand a chance of winning attractive prizes such as hotel stays and dining vouchers. 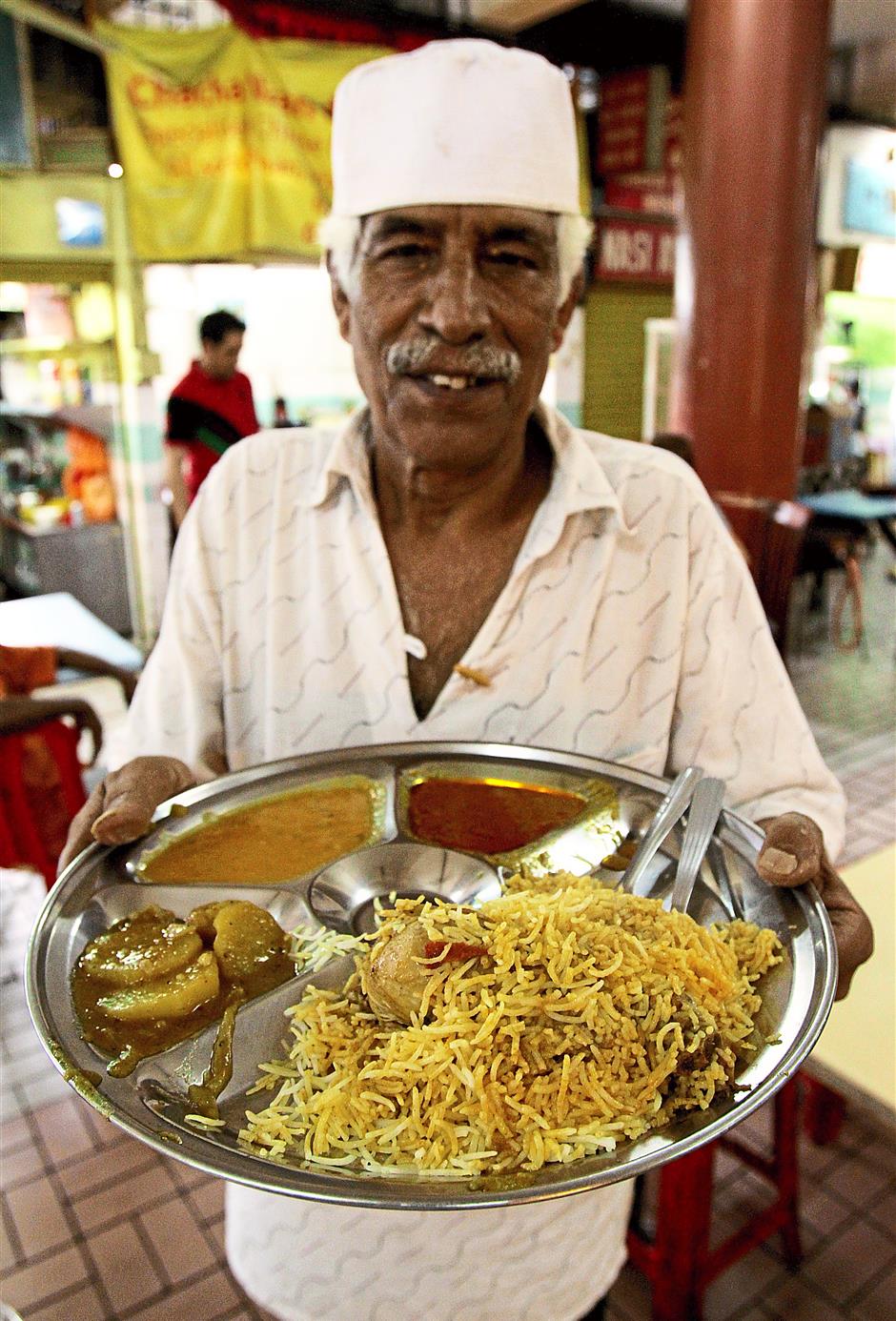 Proud owner: Abdul Latif, owner of Chacha's Naan and Briyani Special, sells a variety of briyani at his stall in the lower-level of Section 14's hawker centre in Petaling Jaya.

Nominations are open for the first 10 days of the month, followed by voting from Jan 15 to 31.

Every month until May, the public can vote for the best category-based street food such as nasi briyani (January) or popiah (February) via MOB.