Popular: Mikey’s Original New York Pizza has been attracting a stream of customers since the opening of its first shop in Bangsar in April last year.

LIFT, fold, bite — that is the mantra at Mikey’s Original New York Pizza, for that is how its pizza should be consumed, just like how it is enjoyed in New York.

The concept of ordering at Mikey’s is not unlike a fast-food joint.

Diners place their orders at the counter, where the menu and available pizza flavours are displayed.

The food is served to them at their table.

What makes Mikey’s different is that pizzas are available in slices and whole 18-inch pies.

“There is a misconception that larger pizza pies are pricier. 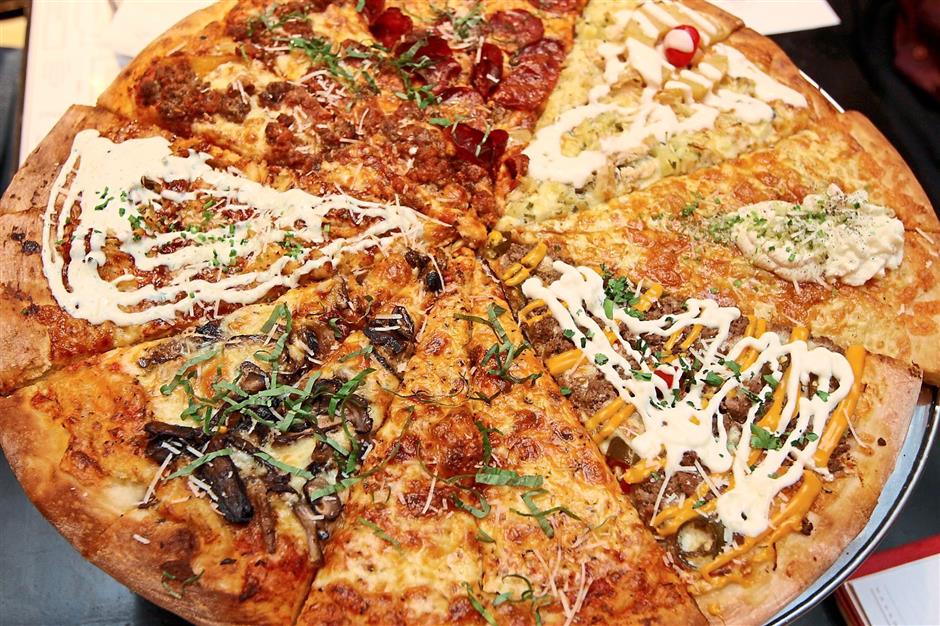 
“In fact, the bigger the pizza, the better the value for money.

“For example, the cost of five 8-inch pies is equivalent to the value of one 18-inch pie,” he said.

The idea of opening Mikey’s came when Helfman saw a hawker sell pizza by the slice during a beach holiday in Thailand.

“It also came at a time when the burger phenomenon was in trend.

“I figured it was popular because mid-income Malaysians wanted higher quality food that was priced between fast food and restaurant levels,” said the New York native.

Helfman roped in 50-year-old Andrew Bellucci, who has spent half his life in the pizza business, to helm Mikey’s kitchen.

Bellucci’s credentials include reopening Lombardi’s — the first licensed pizzeria in New York with more than 100 years’ history and experience in working with wood, coal and gas ovens to make pizzas. 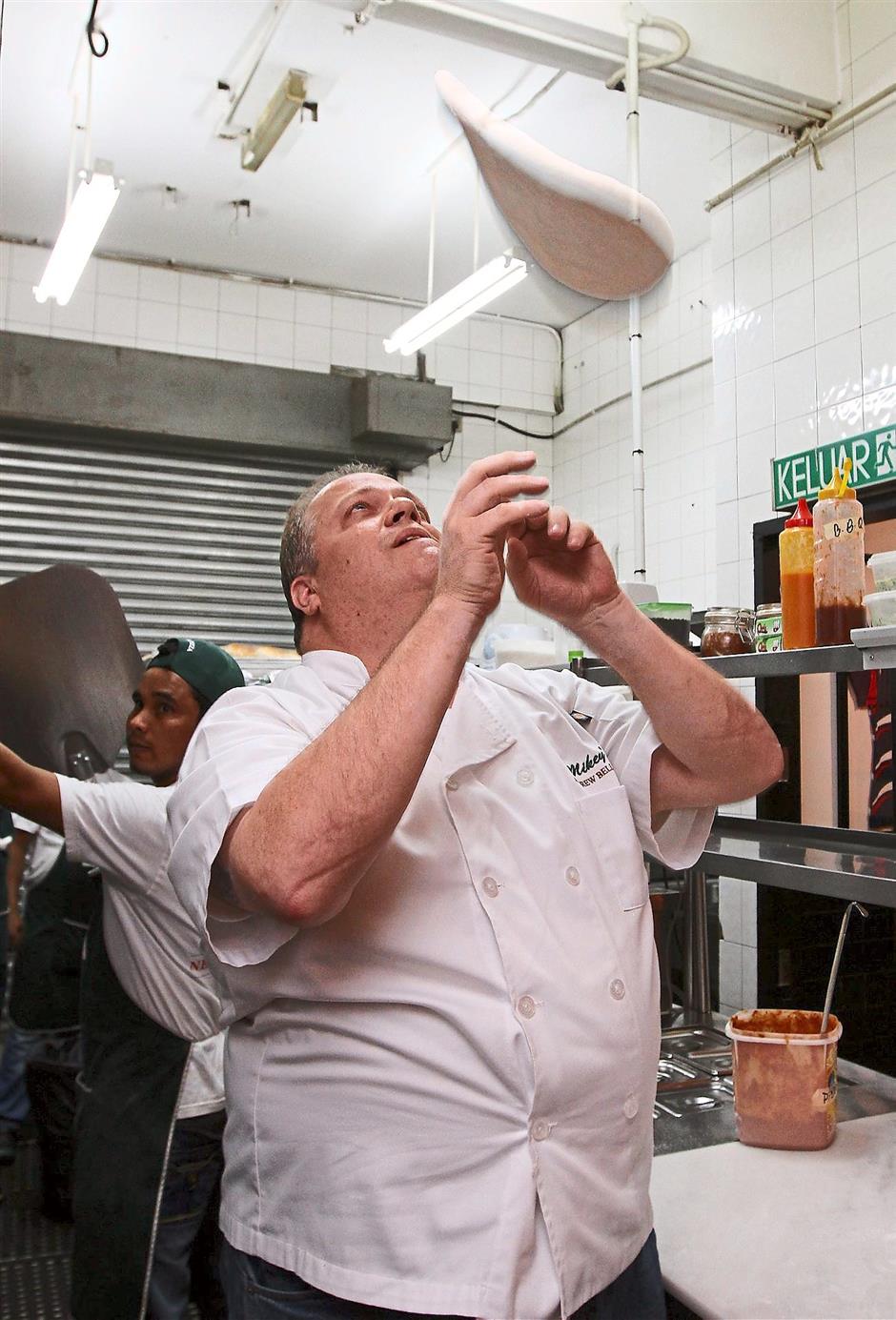 Pizza specialist: Bellucci working his magic in the kitchen. His credentials include reopening Lombardi’s – the first licensed pizzeria in New York with more than 100 years’ history.


“I trained for about two years each at two pizzerias — Two Boots and Three of Cups, before spending four years at Lombardi’s,” he said.

Bellucci oversees the restaurants’ kitchens and central kitchen, and ensures that the pizza dough, toppings and sauces are made according to his specifications.

The ovens at Mikey’s are customised to his specifications.

Bellucci created the Sweet Hawaiian and 9-1-1 Pizzas specially for the Malaysian customers.

There are also monthly pizza specials, with Mexican and mac and cheese being the more popular flavours.

The Mexican Pizza, which is topped with chicken and beef, has been likened to taco on a pizza. 
Bellucci looked to the spinach and artichoke dip as inspiration for February’s special.

The restaurant recently introduced an 18-inch chocolate chip cookie, which the management is mulling to be included as a part of a birthday package. The cookies are available in slices.

Mikey’s ongoing 9-1-1 Challenge is not one for the faint-hearted.

Challengers have to consume an entire 9-1-1 Pizza, which contains ghost peppers and is touted as the spiciest in Asia, within 40 minutes.

The winner gets to take home RM500 cash, free pizza voucher, a Mikey’s cap and t-shirt, as well as bragging rights and a photo on Mikey’s Wall of Fame.

Its third store in Mid Valley Megamall is slated to be opened in September this year.

“We are looking at opening in Petaling Jaya next year, as well as a franchising venture in Penang, Malacca, Sarawak and Singapore,” said Helfman.

He said the decor at Mikey’s was created to replicate the feel of a New York outpost.

These include Broadway playbills, newspaper articles and other memorabilia, as well as photos of the city and its people taken by Helfman himself.

“We tell our staff that when people come here, it is like they are coming to your home.

“The customers are entrusting you with your food and time.

“That is why we have a central kitchen to ensure consistency and quality, and train our staff properly,” said Bellucci, who together with Helfman personally attend to customers’ feedback.

Online orders will be available next month onwards.