Right on time to maintain it

THE historical giant clock at the Sultan Abdul Samad building in Kuala Lumpur will keep ticking for some time now that the knowledge of maintaining it has been passed on to four new caretakers.

The skills required to maintain the clock was at the brink of being lost following the retirement of the lone maintenance man last year.

The staff from the Survey and Mapping Department (Jupem) will continue the good work of Kunasegaran Velliah, who did the maintenance job on the clock for about 40 years before he retired end of last year.

The clock was manufactured by Gillet and Johnston Manufacturers in Croydon, England in 1897. — Photos: P. NATHAN/The Star

StarMetro interviewed Kunasegaran two years ago, which highlighted his dedication and effort in ensuring the clock continues to tick and the urgent need for someone to take over his role.

For the love of keeping the clock in working condition, four men have volunteered their time to preserve the clock on top of their day jobs.

The clock has been a silent witness to many events in our country’s history, including the Federation of Malaya’s independence from the British Empire on Aug 8, 1957 and the Japanese Occupation of Malaya in 1941.

It is no easy feat climbing up the extremely steep staircase to the very top where the “engine” of the clock sits, learning the mechanics of the 120-year-old clock and the intensity of the heavy labour behind the four walls of the clocktower.

The team was put together by Jupem management services division director M. Janagarajan, who sees the clock as a national heritage, in an effort to ensure the clock continues to be in tip-top condition.

Janagarajan said when he took over the department in January this year and was told of the predicament, he decided there was a need for a team dedicated to the task of ensuring round-the-clock monitoring and periodical service.

‘The previous management managed to get two people to be trained under Kunasegeran before he retired.

“I then discussed with my superiors to add two more to the team.

“If we depend on one person only, there will not be anyone to take over if anything happens,” he said.

The big clock uses a weight, pulley system and gears to function.

The four have different functions in Jupem with Mohd Rosli being a security officer, Mohd Rashidi a maintenance staff while both Rosdi Hisham and Kumarasamy are operation assistants.

What is even more noteworthy is that they are doing these duties on their own time and beyond their job scopes. They do not receive additional allowances other than claiming for overtime.

“So, they come in on their time, usually before their working hours to do the daily maintenance and that includes weekends,” said Janagarajan.

Mohd Rosli, who is the leader of the team, said two of them would take turns to come in every day to do the daily winding and maintenance.

“Each day, we will spend three hours here to wind the clock and bell, clean as well as oil the engine of the clock,” he said.

The extremely steep winding staircase that the four men have to climb daily to do their maintenance work on the clock.

The massive bell, which can fit up to 10 people underneath it, is located on the fourth level of the tower while the main mechanism of the clock is located in a small room on the fifth level.

The big clock uses a combination of weight, pulley system and gears to function.

The clock was manufactured by Gillet and Johnston Manufacturers in Croydon, England in 1897.

Both weights have to be placed at the highest level of the clocktower, which is the fifth floor, before the gears are locked into place.

The weights will gradually descend using the pulley system and cables to the second level if left untouched for three to four days.

The weights have to be manually wound up for the clock to function continuously.

Although the clock is designed to be sturdy and durable, the four men need to be very attentive as the mechanism for the clock is very sensitive.

Just a little dust can affect the system and the whole thing can stop functioning.

Each day, Mohd Rashidi and his fellow team members will spend three hours here to wind the clock, clean as well as oil the mechanism.

The winding process itself is no easy feat, with this reporter trying it out herself and finding it hard to wind it just five times, what more the 300 times of winding which the team does on a daily basis.

Rosdi said he volunteered to do the job as he wanted to learn the mechanism of the historical clock.

“It is a once in a lifetime opportunity to learn such a thing and it is a way for me to serve my country,” he said.

On the fate of the clock, Janagarajan said he was against any idea of replacing the clock with a digital one and hoped to keep this national treasure in working condition.

“This clock tower is the nation’s pride. Most big events are held in front of the clocks, including National Day parades,” he said.

He stressed the importance of keeping the clock in order, sharing an incident that occurred in December when the clock stopped working for two weeks and it became a talking point with many questioning why it stopped.

Janagarajan said he contacted the Teluk Intan Municipal Council as there was a man who was maintaining the clock tower there, similar to the one at the Sultan Abdul Samad building.

“We would like to gain some knowledge from him about the clock and how best to take care of it.

“As a long-term plan, I hope to be able to get the manufacturer to send their technician here, failing which we will try to send our guys to England for training, ” he said.

He said Tourism and Culture Ministry was working closely with Jupem by providing a RM50,000 budget for the maintenance of the clock this year.

“I will draw up a proposal on the training and other suggestions such as replacing some parts of the clock including the glass on the clock's four faces and the cables.

“I hope the ministry will give due consideration to these proposals,” he said.

With all the efforts put into keep the historical clock ticking, this iconic clock's fate rests on the shoulders of these four men and the Government to ensure its maintenance is given top priority. 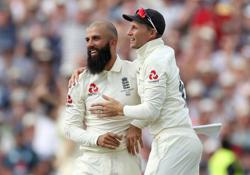