Elected representatives and local councillors being briefed on the progress of the project at Prima Damansara, the starting point of the new MRT Sungai Buloh-Serdang-Putrajaya line. — Bernama

THE idea of using mini buses for feeder services by Mass Rapid Transit (MRT) is being discussed by the relevant authorities.

Another idea being considered is shorter routes using the mini buses at both existing and new MRT lines under construction.

These were some of the proposals made by MPs, assemblyman and the media who were given a tour of the Prima Damansara area that is the starting point of the new MRT Sungai Buloh-Serdang-Putrajaya (SSP) Line.

“In Taipei and Hong Kong, smaller buses with shorter and frequent travel time is applied. This can be applied for the feeder buses from the MRT stations to the neighbourhoods too,” he said.

“We call the mini buses ‘coastal buses’. We have discussed the idea with SPAD and they are assessing it. They are looking at the merit of these buses.

“We can buy these buses but we need SPAD’s approval to make them operational.

“However, the key problem here is to get bus drivers,” he said.

“The key is to get sufficient number of drivers. We welcome any idea that would bring more passengers to use the MRT,” he said, adding that it was illegal for foreigners to drive public buses here.

She hoped the new line would have bicycle racks at all stations.

In addressing the question on possible flooding near construction sites, Amiruddin said studies were being carried out and five locations identified. There would be continuous engagement with the local authorities and the Drainage and Irrigation Department.

Among the identified flood-prone areas are the stations at Taman Naga Emas, Sungai Besi, Sungai Kuyoh at Seri Kembangan near UPM, Anak Sungai Midah next to ASM (Maju) development and JPS pond near UPM.

“We will need the cooperation of the local authorities and other relevant authorities to ensure flooding does not occur there.

“We will do our part and we need the cooperation of others too,” he said.

On the progress of the SSP line, Amiruddin said the project was on schedule and 7.5% of the line was completed.

For the elevated section, progress of the first and second packages are at 20.9% and 10.3% respectively with increased works being seen from Jalan Kuala Selangor to Jalan Kepong.

“With work progressing along these areas, we expect to launch the first Segmental Box Girder at two locations – Prima Damansara and Kepong Baru – by the third quarter of the year,” said Amiruddin.

For underground works, Amiruddin said work progress was at 8.7%.

Works at all 11 underground MRT stations were advancing swiftly with most works focusing on utilities relocation, diaphragm wall and capping beam works with excavation for station boxes and shafts.

Amiruddin is positive that Phase One of the MRT SSP line between Kwasa Damansara and the upcoming Kampung Batu MRT station would be operational by July 2021. The entire line is estimated to be completed by July 2022. 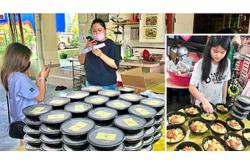