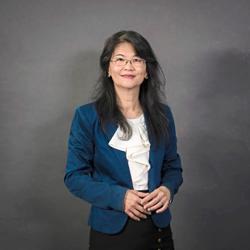 IN effort to encourage the study of Science, Technology, Engineering and Mathematics (Stem) subjects, ExxonMobil representatives reached out to participants during its inaugural Student Programme held in conjunction with the 19th Asia Oil and Gas Conference (AOGC) 2017 at the Kuala Lumpur Convention Centre.

ExxonMobil is a primary sponsor of this initiative, designed for 60 Form Two and Form Four students from 15 schools identified by the Education Ministry from across the country.

The three-stage programme enabled the students to further enhance their knowledge of Stem subjects through hands-on activities and lecture sessions by industry specialists on topics such as robotics, programming and coding as well as soft skills such as marketing and presentation.

Each school was represented by a team of four students who attended a camp-in at Petrosains to receive their first brief on their tasks.

The ROVs were later put through a series of challenges to determine their workability.

At the final stage held during the AOGC 2017, the students were then given a platform to pitch to the judges, whereby they applied their Stem knowledge and practised their soft skills by defending and selling their project ideas.

Eight finalists were shortlisted for the pitch, with three emerging as winners.

Prior to the finals, two of ExxonMobil’s young executives, asset manager Muhamad Syahril Hussin and Wellbore Hydraulic Modelling engineer Mohamad Hakim Hamid shared with the students on the many career paths available in the oil and gas sector.

They also spoke about their backgrounds and personal experiences of working in the industry, as well as the importance of soft skills to boost their career development.

“Technical skills are important, but soft skills are equally important because most of your time will be spent working in teams,” said Syahril, as he spoke about his role and ExxonMobil Exploration and Production Malaysia Inc’s responsibility as an asset manager in charge of one of the company’s offshore fields – Guntong.

“As you grow into a leadership role, non-technical skills such as communication, problem-solving skills and the ability to handle difficult situations will help a person to excel,” said Syahril, adding that these non-technical skills can be applied to any role in the working environment and even in one’s personal life.

Hakim, who works in Exxon-Mobil’s Global Engineering Support office, stressed the importance of English, and shared his struggles in grasping the language during his childhood, growing up in a non-English speaking environment.

“Hailing from Kelantan, I studied Maths and Science in Bahasa Malaysia throughout my school years, and my exposure to the English language was limited.

“I was not confident to speak in English but I tried my best to learn and practise conversing. Although I was afraid of making mistakes, I was more determined to improve,” said Hakim.

His humble beginnings drove him to study harder and learn the language, and he found himself becoming more interested in science. 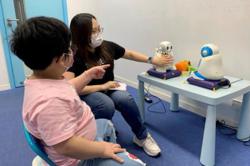