Rubber will continue to be used for Malaysian roads 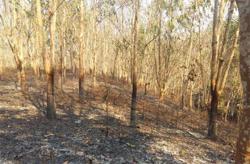 Rosnah (centre) being briefed on the use of rubber in roads at the seminar in Alor Gajah, Malacca. — Bernama

ALOR GAJAH: The Malaysian Government will continue to promote the use of rubber in road construction to support the growth of the industry.

Works Minister Datuk Seri Fadillah Yusof said the use of natural rubber together with asphalt for road construction was a good move.

“The decline in rubber prices in the world market saw a consensus in the industry to diversify and increase the use of rubber in other sectors.

“This is consistent with the call to increase natural domestic (rubber) consumption by up to 10% annually,” he said in his speech at the opening of an international seminar on the use of rubber in roads.

“It (rubber asphalt paving) is more costly compared to conventional road paving, but the maintenance cost is less.

“We are conducting a study especially in terms of the cost and safety and it is expected to be completed by year-end,” she said. — Bernama 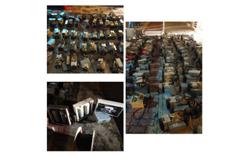