DESPITE living in a country with thunderstorms aplenty and high incidence of lightning strikes, many Malaysians have surprisingly little knowledge of lightning protection with general preparedness being rather low.

Lightning strikes kill more than 100 people and injure many more every year.

Not only does it put lives and properties at risk, it can also result in losses and higher costs for businesses that may run into millions of ringgit.

In 2004, a lightning bolt shot down a chunk of concrete from the top of a block of apartments in Desa Mentari, Petaling Jaya. Debris rained down on a car parked below. Fortunately, nobody was hurt..

Last July, water supply was cut off for half a million people in Terengganu after lightning damaged a main switch at a water treatment plant in Air Kepong.

In November, lightning was also suspected to have caused a double circuit at the 275kV Kemena-Selangau line to trip, bringing about two power outages within nine hours in Sarawak.

Methodology of lightning protection as illustrated by TNB.


The most recent case saw motorists from Damansara heading towards Klang and Subang Jaya stuck in a frustrating 45-minute crawl after lightning crashed SmartTag readers at the Damansara Toll Plaza, forcing PLUS Highway staff to manually scan cards with hand-held devices.

Another concern is the widespread use of early streamer emission (ESE) rods, which are seen on many rooftops despite being declared a public safety risk in 2005 by the International Conference on Lightning Protection.

This has prompted the Energy Commission (EC) to conduct studies in Sabah and Peninsular Malaysia to determine how many buildings are not following the MS IEC 62305 standards for lightning protection.

EC electrical safety regulation director Mohd Elmi Anas said the exercise was initiated after technical experts expressed alarm that 90% of buildings, including those belonging to government agencies, had not conformed to specifications.

This was in spite of the fact that a circular on lightning protection standards was issued in 2011 – the same year that three wards at Hospital Putrajaya caught fire after a lightning strike.

“Eighty per cent of buildings in the Klang Valley have physical scars caused by lightning strikes,” said lightning research and development consultant Hartono Zainal Abidin, who has 35 years of experience in the field.

Studies showed that buildings with these rods had been struck and damaged by lightning bolts, proving their ineffectiveness.

Another obvious flaw seen on most houses and high-rise buildings is the sight of a single lightning rod protruding from the highest point.

This was generally believed to be able to offer umbrella protection for the entire structure, which Hartono said was not true.

The “Guide On Lightning Protection System For Buildings” published by the EC states that the correct method is to have lightning rods placed at corners and outer ridges of a rooftop.

Positioning of the rods also depends on building size, structure and the presence of rooftop equipment such as staircases, antennas and ventilation units.

The guideline lists four other major components to be looked into. This includes network conductors to carry the lightning current safely towards ground.

As a general rule, each down conductor must end in an earthing electrode which can consist of conductors (at least three) in a crow’s foot layout buried at least 0.5m deep.

It also asks for surge protection devices to be placed at main and distribution switchboards.

The EC study, expected to be completed by the end of this year, is viewed as an important step towards enhancing safety measures as lightning strikes have been known to cause property damage running up to millions, not to mention production downtime and expensive repairs.

Even if power surges caused by lightning are not severe enough to crash an electronic device immediately, rapid overheating followed by gradual cooling in the wiring or circuit can result in a condition known as “electronic rust.”

Known as the “silent killer” of electronic devices, it can cause enough damage to bring down entire sections of a power grid over time.

Between 2014 and 2016, TNB received 21 complaints of electronic rust caused by voltage surges.

Though EC has not carried out any enforcement, under Section 50e of the Electricity Supply Act 2015, building owners found guilty of not following Malaysian standards are liable to a maximum fine of RM200,000 or two years’ jail.

Malaysian Electrical and Electronics Association council member Lim Kim Ten said the EC study would have far-reaching consequences for building owners as they would have to bear the costs of changing their LPS if found to be non-compliant with the MSC IEC standard.

“The concept is like buying insurance. You may not use it but you must buy it.

“Ideally, building owners should be given a grace period or have a limitation be put on the law applying to structures built after a certain year,” he said.

But Lim stressed that in view of the frequency of lightning occurrences in Malaysia, there must be more awareness among building owners.

“In countries such as Japan, South Korea and China, an LPS system adds more value to a building,” he said.

Building owners are advised to deal only with LPS vendors that are certified by the EC.

For checking purposes, they can call up the regional offices that will have a list of approved companies in their registry. 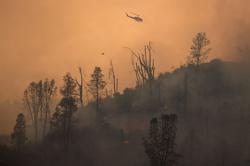 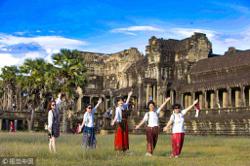